The Trump administration’s approach to mergers and acquisitions in the agriculture-related industries appears to follow the antitrust enforcement policies of previous administrations, in the view of a former Department of Justice (DOJ) antitrust lawyer.

Participating in a panel at USDA’s annual Agricultural Outlook Forum last week, William Stallings, now a partner in the Mayer Brown law firm in Washington, said the new administration has confirmed that it intends to continue to focus on agriculture and farmers when it examines the potential anticompetitive implications of mergers and acquisitions.

Stallings and other panelists agreed that the DOJ would continue to take a skeptical approach to some of the current proposals for consolidation in the seed and agricultural chemicals sector. They noted that concerns have been raised over Bayer’s proposed acquisition of Monsanto and the Dow Chemical-DuPont merger that DOJ approved last year after requiring the divestiture of DuPont’s market-leading insecticides and herbicides business.

“Concentration is high and rising in many agribusiness industries,” said James MacDonald, chief of the structure, technology and productivity branch at USDA’s Economic Research Service. It is not just in the agricultural sector, he added, noting that concentration in the wider economy is “a topic of widespread current discussion.”

Panelists at the forum session on “Mergers, Consolidation and Competition in Agribusiness” agreed that mergers and acquisitions are not inherently bad or good, but depend on the circumstances. High concentration can mean reduced competition, MacDonald pointed out, permitting companies to raise prices to consumers. But in some circumstances, firms acquiring market power through consolidation may invest more in innovation, he said.

MacDonald traced the evolution of antitrust policy, suggesting that current practice may be “too accommodating” and instead should be more restrictive and show greater concern about concentration. The questions facing regulators in the Bayer-Monsanto combination are whether it could lead to reduced competition and higher prices for seeds and chemicals and whether it would diminish incentives for research and innovation.

Innovation and research issues have gotten more attention from enforcement authorities in recent years, in part because of the increasing importance of private sector research and development spending relative to publicly funded activities, MacDonald observed.

With current trends, the four largest firms in each sector could control more than 70 percent of the market in animal health products, farm machinery and agricultural chemicals and nearly 70 percent in the seed industry, according to projections by John Newton, director of market intelligence at American Farm Bureau Federation (AFBF).

Farm Bureau members, reacting to recent declines in farm profitability, “say we need some relief on the cost side,” Newton said, and believe mergers could stifle price competition for agricultural inputs. He pointed to a 2017 Texas A&M University study that found potential mergers could lead to higher prices for corn, soybean and cotton seeds, with the most dramatic increases in cotton seeds. “We keep an eye on those four-firm ratios,” he said. 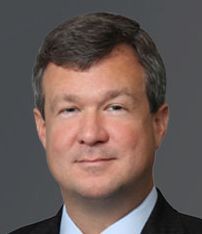 AFBF members also are “very concerned with poultry concentration,” expressing regret that USDA abandoned the proposed Grain Inspection, Packers and Stockyards Administration (GIPSA) rule that would have enhanced grower rights. Growers today lack any kind of “bill of rights,” he said. He noted that AFBF President Zippy Duvall, a poultry grower, has only one integrated processor in his area of Georgia. “There are no competitors if he has a problem” with his current integrator, Newton added.

Stallings, a former head of the section at DOJ’s Antitrust Division that enforced laws governing agribusiness mergers, said, “Of all the industries I covered, agriculture was always at the top in passion.”

In part as a result of pressure from agriculture, the department’s merger guidelines were amended in 2010 to protect farmers’ interests rather than focusing exclusively on guarding against consumer price increases, he said. DOJ and the Federal Trade Commission enshrined the principle in their guidelines, citing as an example the likely harm “if merging local grain elevators reduce prices to local farmers even if (there is) no change in the ultimate price of grain to consumers.” He said that a “watershed moment” was DOJ’s opposition to the JBS USA’s proposed purchase of National Beef Packing on the grounds that it could result in lower cattle prices as well as higher consumer beef prices.

Stallings said he had “full faith” that the current DOJ Antitrust Division would “come out in the right place” in its review of the Bayer acquisition of Monsanto. MacDonald suggested that transaction could face obstacles absent significant divestiture of seed or chemical lines, inferring a possible sale to a smaller competitor such as BASF.