In their first United States Farming Practices Survey, a coast-to-coast team of researchers is trying to pick up where USDA surveys leave off and figure out some of American farmers’ hows, whys and why-nots of their operations.

In recent weeks, a team from Cornell University, University of California-Berkeley, and The Nature Conservancy began distributing their online questionnaire, targeting farm owners and managers of fruit, vegetable, grain and field crops.

Their goal: “To understand what the most important factors are . . . when deciding whether or not to use certain practices related to soil, crop, and pest management.”

“This is a fairly broad and ambitious survey,” says Jeff Liebert, soils scientist at Cornell and spokesman for the team. Besides asking farmers about their specific farming practices, “we are also asking about bigger issues or challenges that are impacting farmers, such as labor shortages and barriers they face in terms of regulations . . . or (for example), for vegetable growers, food safety and the hurdles they have to jump there.”

One survey section, for example, asks the participants if they would buy or rent more farmland if available, then lists nine possible choices, or “other,” for the main reason to do so. 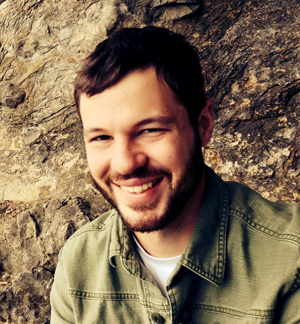 Desired size of farmer response? “We definitely want thousands . . . especially from states with a lot of agriculture,” Liebert says. If participation from specific regions is great enough, he says, then the findings can, for example, focus on specific questions for separate regions, “such as cover crops, or reducing tillage, for farmers in the Midwest.”

“We want to best understand what the main challenges and barriers are that farmers are facing . . . and what would be most helpful to them,” he says.

EPA asks for input on scope of CWA permitting requirements
Vertical farming: The promise, pitfalls and the role of pot

Agri-Pulse asked officials at USDA’s National Agricultural Statistics Survey (NASS) to look at the scope of this farming practices questionnaire.

Sue King, NASS public affairs director, said she and other NASS officials she has checked with haven’t seen a similar survey. Some of its questions cover things that NASS surveys, but she said the farming practices survey’s findings, drawn from voluntary responses, wouldn’t likely coincide with NASS random-selection surveys.

“We noticed that it is much more opinion related. They’re obviously trying to get at 'why' and 'why not' people do things,” King said. “I’m eager to see the results,” she said.

Liebert agrees that self-selection bias will be a factor in his survey’s results, and he notes that the size of participation also will definitely affect how useful the data will be.

On the other hand, his survey will be quite random to the extent it is being sent to as many farmers as possible through news outlets, and farm and agribusiness organizations, social media, etc. Plus, he says, “There is always going to be a selection bias.” Not all growers fill out the NASS survey’s either, he says.

Liebert expects that initial findings will likely be analyzed and published by sometime this summer. Farmers wishing to participate can click here for the questionnaire, and can choose to do so anonymously or leave their email address to receive survey results.