New assessments by the European Food Safety Authority confirm the risk of three neonicotinoids to bees, EFSA said last week, and may lead to a permanent ban in Europe of the insecticides.

The three substances – clothianidin, imidacloprid and thiamethoxam – have been subject since 2013 to a ban on their use in bee-attractive crops (including maize, oilseed rape and sunflower) with some exceptions, such as use in greenhouses or on some crops after flowering.

“Most uses” of the products “represent a risk to wild bees and honeybees,” EFSA said. A Q & A accompanying the press release was a bit more detailed: “In general, most uses were predicted to pose a high risk for both managed and wild bees, but for some scenarios the assessment resulted in variable outcomes between the three pesticides.”

Jose Tarazona, head of EFSA’s Pesticides Unit, said the agency had relied on “a substantial amount of data,” which it interpreted through the lens of honeybee guidance developed in 2013. The assessment looked at the effects of both treated seeds and the insecticides used separately.

EFSA itself said the pesticides unit “carried out an extensive data collection exercise, including a systematic literature review, to gather all the scientific evidence published since the previous evaluations.” It reached its conclusions “following two separate consultations with pesticide experts in the EU member states,” who supported the conclusions.

“For all the outdoor uses of these substances, there was at least one aspect of the assessment indicating a high risk, leading to the conclusion that, overall, these neonicotinoids represent a risk to bees,” the Q&A said.  For example, even though the imidacloprid assessment concluded there was a low risk to honeybees from residues in treated nectar and pollen of oilseed rape, it also found high risks from residues via seed dust drift, and residues in 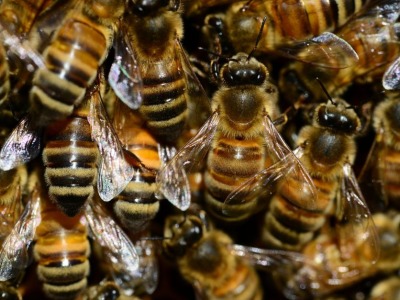 nectar and pollen from the treated crop.

The assessments will lend weight to a campaign by European environmentalists to ban the neonics, and will likely also be used to try and shape the final form of risk assessments by the U.S. Environmental Protection Agency on the same substances.

“This long-awaited report confirms the significant threat these neonicotinoid pesticides pose to our bees,” Friends of the Earth bee campaigner Sandra Bell said. “The U.K. government has already said it will support a complete ban on the outdoor use of these three bee-harming chemicals – a move that is fully justified by this report. Other EU countries must now back a tougher ban, too.”

The EU nations will vote March 22 on a proposal to ban all field uses of neonicotinoids – which encompasses both coated seeds and the insecticides.

Both Bayer, which makes imidacloprid and clothianidin, and Syngenta, which makes thiamethoxam, took issue with the assessments, particularly their use of the “unapproved” honeybee guidance document, which recommends risk mitigation measures when using neonics.

“Bayer fundamentally disagrees with EFSA’s updated risk assessment conclusions,” the company said. “EFSA’s findings place it outside the current mainstream science on bee health, as represented by recent similar assessments” done by the U.S. EPA and the Canadian Pest Management Regulatory Agency, which Bayer said “have shown conclusively that neonicotinoid products can be used by farmers to protect their valuable crops without harming honeybee colonies.”

“EFSA chose to base its assessment on an unworkable guidance document that makes it impossible to field a study that would not find risk, despite repeated requests by member states for a review of this guidance. EFSA’s conclusions can therefore not be used as a measuring stick to justify further neonicotinoid restrictions.”

Syngenta also criticized the use of the “unapproved” guidance document, which it said EFSA had used as part of its 2013 assessment on the three neonics.

“EFSA sadly continues to rely on a document that has been consistently blocked by most EU member states on the grounds that it is overly conservative, extremely impractical and would lead to a ban of most if not all insecticides, including organic products,” Syngenta said.

“Relying on such a document effectively leads to legislation through the backdoor,” the company said. “When regulators make decisions about crop protection products, what should matter is science, data and that the processes in place are respected and that the public interest is served.”

EPA recently extended the comment period on ecological and human health risk assessments on clothianidin, thiamethoxam and dinotefuran – and an ecological assessment on imidacloprid – until April 20. The assessments, released last year, found that the chemicals posed potential risks to birds and aquatic life.

But EPA also found benefits, particularly in the use of neonics in cotton and citrus. EPA released benefits assessments on those crops and a separate report responding to comments on a 2014 assessment on the benefits in soybeans. The comment deadline on those documents also is April 20.