All eyes on dicamba as growing season advances

EPA must decide on herbicide's future this year

Growers, weed scientists and manufacturers are keeping a close eye on early reports of off-target movement of dicamba, as spraying of the herbicide kicks into full gear throughout soybean- and cotton-growing states.

So far, the numbers are small, but it’s still early in the season, and growing was delayed throughout much of the country because of cold, rainy weather. Nevertheless, there have been 42 complaints of damage in Missouri, including 32 in the southeast portion of the state known as the Bootheel, and another 43 in Arkansas, where the state plant board has prohibited the use of dicamba from April 16 to Oct. 31.

Most of the complaints are of damage to specialty crops, according to a tally being kept by University of Missouri weed scientist Kevin Bradley. 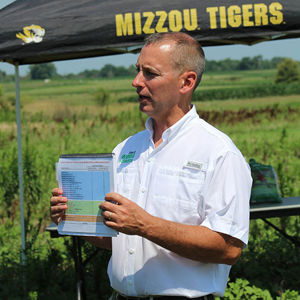 Last year, 2,700 complaints covering 3.6 million acres of cropland – mostly soybeans – were received by state departments of agriculture in 25 states spanning from the Southern U.S. up through the Midwest. Though researchers have not been able to connect the damage to yield losses, the damage reports themselves led to a war of words between weed scientists and crop protection companies – Monsanto, BASF and DuPont - over possible causes.

In general, weed scientists blamed the volatility of the product for the damage, while the companies said the problems stemmed largely from applicators’ failure to correctly follow the label.

In October, the Environmental Protection Agency imposed new conditions on use of dicamba this growing season, including recordkeeping requirements, limiting applications to when wind speeds are below 10 mph, and mandatory training for applicators. Manufacturers suggested the new requirements in discussions with EPA.

This year is crucial for the future of low-volatility formulations Xtendimax, developed by Monsanto, and Engenia, developed by BASF. Monsanto, which sells dicamba-tolerant soybean and cotton seed, also supplies DowDuPont with dicamba that DowDupont sells under the name FeXaPan.

EPA is monitoring reports as it mulls the future of the herbicide, whose registration for “over-the-top” application expires in November.

Rick Keigwin, head of EPA’s Office of Pesticide Programs, told attendees at a recent American Seed Trade Association meeting that the agency would like to make a decision on registration “in the August time frame.”

“Overall, based on feedback there’s been quite a bit less off-target movement,” Ryan Rubischko, Monsanto North America portfolio lead, said in an interview. He said “there has been a fair amount of spraying” but that Monsanto has received only one call to its toll-free support line, and that was for off-target movement of the herbicide 2,4-D.

Rubischko also said Monsanto has seen its spray app downloaded 17,000 times, including 4,000 in the past week alone. Asked whether the app has been successful, Rubischko answered in the affirmative and said, “The best example (of its success) is that people continue to download it.”

Tony Cofer, president of the Association of American Pesticide Control Officials, called the reports of off-target damage from Missouri “kind of disheartening” but said he was pleased that other states are generally doing better. Cofer is director of the Pesticide Management and Professional Services Division in Alabama’s Department of Agriculture, which has received one dicamba complaint to date. (AAPCO has started its own website for dicamba information.)

“This will be the year when we’ll really be able to tell” whether training paid off, he said. 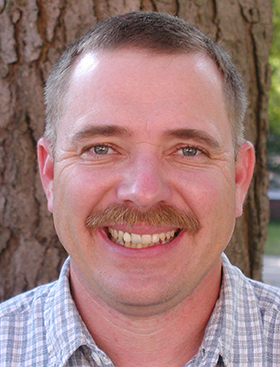 Larry Steckel, weed scientist at the University of Tennessee, said in an email that dicamba drift on to other crops – excluding dicamba-tolerant soybean and cotton – has been quiet to date. "I think the combination of the training and what applicators saw in the field last year has helped reduce issues, at least to some degree. Just from phone calls I have had with growers, many are clearly trying hard.”

“The jury is still out on how well applicators are able to keep dicamba in the field,” Steckel said, especially with delayed planting. “We are two weeks later with respect to soybean planting than last year,” he said. “The vast majority have just emerged. So we will not know how well we kept dicamba in the target field until probably the middle of July. I am hoping for the best.”

Kevin Bradley, a University of Missouri weed scientist who has been tracking dicamba damage complaints on his website, said in a June 6 post that based on reports from other weed scientists and state departments of agriculture, “almost all of the dicamba injury that has occurred thus far has occurred to specialty crops, vegetables, and ornamental, fruit, and shade trees.”