PRIA reauthorization effort going down to the wire

Once again, a budget deadline is approaching with serious implications for EPA’s fee-based pesticide registration program, which has been kept alive with stopgap funding bills since the federal fiscal year ended Sept. 30.

Under the Pesticide Registration Improvement Act, manufacturers pay registration and maintenance fees that account for about one-third of the EPA Office of Pesticide Programs budget. But now PRIA reauthorization is in jeopardy as Congress scrambles to approve an omnibus spending bill by March 23, when the latest continuing resolution runs out.

The House passed a bill to reauthorize PRIA almost a year ago, and the Senate looked like it would follow with its own version after the Senate Agriculture Committee held a hearing last May where Virginia Ruiz, director of occupational and environmental health at Farmworker Justice, gave a hint of the battles to come.

Without PRIA funding, she told the committee, EPA would not be able to “meaningfully implement” new safety standards contained in the Worker Protection Standard and Certification of Pesticide Applicators rules. But the agency’s worker protection activities “are meaningless if the WPS and CPA rules are weakened and rolled back,” she said.

EPA, however, continued to make noises about altering the minimum age requirements in both rules. That, and Administrator Scott Pruitt’s decision to allow continued use of chlorpyrifos (Lorsban), helped prompt Sen. Tom Udall, D-N.M., to put a hold on the Senate bill.

The agency recently said it would publish proposals sometime this year to alter some provisions of the WPS and CPA rules, which resulted in Udall and three colleagues, Cory Booker, D-N.J., Kamala Harris, D-Calif., and Richard Blumenthal, D-Conn., introducing what they called a “compromise” amendment to the Senate PRIA bill.

The amendment would prohibit EPA from making any changes to either the WPS or CPA rules, and would require EPA to respond to objections by environmental groups to the agency’s decision last year to allow continued use of chlorpyrifos

Now, everything’s at a standstill on the PRIA front. Beau Greenwood, executive vice president of CropLife America, told Agri-Pulse in an interview that “extraneous policy matters” such as the WPS and CPA rules are “unrelated to the underlying funding bill” and need to be resolved separately. 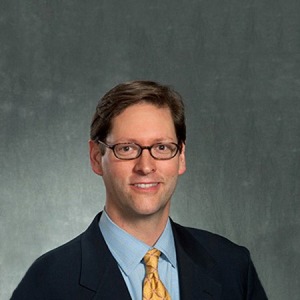 But Mae Wu, a senior attorney in the Natural Resources Defense Council’s health program, said in an email that “Pruitt’s EPA appears to be trying to undo protections of agricultural workers from harmful pesticides.

“When a negotiated bill came out of the Senate Agriculture Committee, it was with an understanding that we would all keep an eye on what EPA does on worker protection standards,” she said. “The agency appears to be moving forward quickly to weaken existing protections. They would need to seriously slow down or stop to give PRIA a chance to pass.”

Greenwood, however, said that the members of the PRIA coalition, which includes CropLife and other industry members , as well as NRDC and Farmworker Justice, had already reached a compromise when they agreed to allow a shorter authorization time frame for the Senate bill – three years instead of seven in the House bill - in order to monitor what the agency does on WPS and CPA.

"I understand their concerns," he said of NRDC and Farmworker Justice. However, beyond the shorter authorization and an already agreed-upon increase in fees, "I have nothing to negotiate with," he said.

Twenty-eight senators -- all Democrats except for one Independent - sent Pruitt a letter March 13 expressing concern about the possibility of changes to the WPS and CPA rules. They said both rules already include broad exemptions to the 18-year-old age requirement.

“There are currently half a million children under the age of 18 working in agriculture, including some as young as elementary school age,” the senators said in the letter. “The minimum age requirement in both rules accounts for the needs of family-owned businesses and operators by exempting immediate family of the owner-operator of agricultural establishments, and private or commercial pesticide applicator businesses.”

The letter doesn’t mention PRIA but does send a strong message about Democrats’ concerns as negotiations over the omnibus – and a push to include language on PRIA – reach a critical stage. The senators supported the “Designated Representative” provision in the WPS, which allows farmworkers to designate someone to get information on pesticides they have been exposed to, and the Application Exclusion Zone in the WPS, which prohibits pesticide spraying when untrained and/or unprotected people are in the area where the spraying is taking place.

Greenwood expressed optimism that concerns about the WPS and CPA rules could be ironed out through a working group of the Pesticide Program Dialogue Committee, a diverse group that provides feedback to EPA on regulatory and policy issues.

Greenwood says not passing PRIA could devastate EPA’s Office of Pesticide Programs, which he said has been losing employees left and right because of the funding uncertainty, and stands to lose many more without the funding stream PRIA provides. Without PRIA in place, fees would be “ratcheted down” over three years, he said.

EPA has not responded to questions about the impact of Udall’s hold, but OPP Director Rick Keigwin told the Pesticide Stewardship Alliance in Memphis last month that “the thing that probably keeps me up at night more than anything else from a working standpoint is where we are on (PRIA),” according to a report in the Delta Farm Press.

In response to a letter from Rep. Rodney Davis, R-Ill., who sponsored the bill in the House, EPA detailed the impacts of not having PRIA in place. A lapse in the law would lead to a loss of 166 full-time OPP employees by October 2021. (The current staff level is about 600, down from a high of approximately 900.) Registration service fees, which have provided an average of $18 million per year over the last three years, would terminate by Sept. 30, 2019. And OPP would have trouble meeting decision deadlines specified in the law.

Udall is “singlehandedly choking off significant funding,” Greenwood said, noting that fee increases in what is known as PRIA 4 would provide OPP an additional $4.2 million per year, and also would free up another $60 million in maintenance fees that have been collected but could not be spent because they could not be matched one-to-one by congressional appropriations.

In response to an inquiry from Agri-Pulse about PRIA, Davis said in a statement, “You’ll be hard pressed to find many more bills that have this kind of bipartisan and broad stakeholder support.”

“PRIA 4 increases the amount that can be collected as maintenance fees and releases previously collected fees, which are frozen due to appropriations constraints,” Davis said. “This is critical because that money will be used to speed up the review process and also be used to increase worker protection activities for field workers. It’s unfortunate that Senate Democrats are holding this bill up because of unrelated issues…. It’s time to set politics aside and move this bill forward to provide some certainty for the agriculture industry.”