A range of advocates for what’s called regenerative agriculture convened in a U.S. House of Representatives hearing room Monday to talk about ways the upcoming farm bill might change farm programs and how they might join together to change the way Congress supports farmers.

Rep. Earl Blumenauer, D-Ore., and the Citizens Regeneration Lobby (CRL) hosted the briefing for congressional staff largely to update them on a bevy of super-organic concepts in farming that have been emerging, tagged broadly as regenerative agriculture (RA), and how Congress might support such farming methods.

Speakers at the event, in general, called for upending the USDA funding cart of crop subsidies. They want a shift to support for what they see as better ways of farming and improving land and the environment, rather than bankrolling farmers’ yields and income for major commodities.

Blumenauer urges many of the same changes in farm programs as do the RA advocates and is promoting his own alternative farm bill, the Food and Farm Act. He says only one in four applications for USDA grants to help farmers with improving natural resources is approved, “and of the grants approved, many don’t actually enhance the environment but are used to pay for things farmers need to do anyway, such as hog (manure) lagoons or fencing.”

He says 94 percent of crop subsidies are paid to support the six largest field crops, and other farmers, who raise fruits and vegetables, or who strive to restore soil health, are “systematically short-circuited.” He declared, “Paying people to grow the wrong crops is expensive.”

Instead, Blumenauer says, “a coalition is emerging with a different model” for public support of agriculture.

Speakers at the briefing, for example, included Reginaldo Haslett-Marroquin, a Minnesotan who leads business strategy for the Main Street Project, which models regenerative farming systems, including ones for small poultry farms in the Midwest. Mark Shepard, a Wisconsin farmer who heads Forest Agriculture Enterprises, also described RA approaches on his own farm and in his farming models.

What is RA? Advocates generally regard it as a step up, not away, from the kind of organic systems that USDA has certified since the start of this century, explains Alexis Baden-Mayer. As political director for both the CRL and the Organic Consumers Association, her joint role suggests the close association of RA and organic ideas. 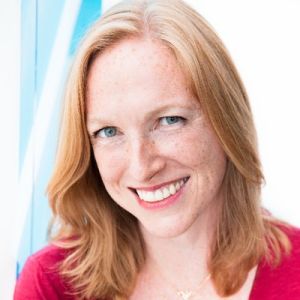 “We’re still the Organic Consumers Association,” Baden-Mayer says, but, with RA, “we want to raise that organic baseline as high as possible,” and that is why her groups want a new word to describe super-organic farm performance.

She says many farmers adhering to minimal organic rules, even with mono-cropping, can achieve USDA certification, yet without really improving their soils. Many traditional organic advocates have also railed recently against USDA’s decision last fall to officially accept hydroponic production for organic certification, and to throw out a set of Obama administration rules that raised the bar on humane care of farm animals on organic farms.

But now, with so many smart consumers tracking the source of their foods and how they’re produced, Baden-Mayer says, “there is going to be a need for farmers to distinguish themselves” by excelling in producing healthful food, enhancing soil carbon content and fertility, ensuring animal welfare, safeguarding the environment and other practices long associated with organic farming.

She notes that Robert Rodale, former head of the organic-promoting Rodale Institute, coined the term "regenerative" in the 1980s, with a focus on improving and restoring soil health. That concept, she says, assumes much more than the “sustainable agriculture” theme, which is concerned with just sustaining the land resource. “I think (Rodale) was just describing organic, which is a regenerative system the way it’s practiced. Now, it seems to be a way to differentiate . . . types of production.”

Regenerative “is also a word to replace ‘sustainable,’ because we can’t sustain the level of degradation we are seeing every day in our food system. We want to raise the bar a little higher and talk about regenerating our soils, regenerating clean water and creating systems that produce their own fertility and can be part of the climate change solution,” Baden-Mayer says.

In fact, the Rodale Institute, based in Kutztown, Pa., recently raised those stakes, sponsoring a new “high-bar standard” for organic practices called Regenerative Organic Certified. Contacted at his office Monday, Jeff Moyer, executive director, said USDA’s organic program “remains the cornerstone” of U.S. organic farming. But, “we wanted to put our stake in the ground for what we believe defines regenerative.”

Rodale’s new certification “stands on the shoulders of (USDA) organic,” Moyer says, but “there are some missing components within the organic certification that really have value to consumers. One of the things we gave up” with USDA directing a broad national organic certification, he says, “is the concept of continuous improvement.” The sustainable concept is not dynamic enough for real organic farming, he says, and “if you envision a better system, then sustainable doesn’t get you there.”

Like the speakers at the Blumenauer briefing, Moyer calls for a farm bill that massively “restructures how we are going to subsidize farmers.”

“We must look at different metrics beyond protecting yield and income,” he said. Instead, USDA incentives should target long-term soil health and improving soil organic matter and “not subsidize insurance for a cropping system that is . . . a failing system” with deteriorating natural resources.

“When you improve the health of the soil, you reduce risk in your system, so that, over time, the payments that taxpayers have to provide become less,” Moyer says. “That is a . . . better selling story,” he says, “than saying we’re going just have to pay farmers for the next 20 years because they are in an inherently risky business.”

For  more news, go to www.Agri-Pulse.com