Advocates for local and small-scale farming faced a bleak future as Congress prepared to write a new farm bill.

The programs that growers depended on to get started or to expand their operations, including one that dates back to the 2014 farm bill, were set to run out of money this year even as consumer interest in the sector continues to grow.

Compounding the challenge, the programs were traditionally championed by Democrats, and Republicans were in charge of both chambers of Congress.

So, the program advocates set out to cultivate new relationships with Republicans, including the chairman of the Senate Agriculture Committee, Pat Roberts, who once championed the 1996 Freedom to Farm law that sought to reduce government involvement in agriculture.

“By supporting local and regional food system programs in the 2018 Farm Bill, you can further cement your legacy as a champion for American producers,” a collection of Kansas groups said in a letter to Roberts that was part of the outreach effort.

The effort paid off, says Wes King, a senior policy specialist with the National Sustainable Agriculture Coalition, because it meant that advocates didn’t have to depend solely on the committee’s ranking Democrat, Debbie Stabenow of Michigan, to address their concerns. The groups wanted to make sure Roberts would sign off on including money for their priorities.

Advocacy groups “did a lot of work in Kansas the last couple of years . . . awareness to the work that has been going on," King said. "In my opinion it seems Roberts' office wasn’t quite aware of the kind of local food work that was being done” in the state, King said. He said Kansas has more local food councils than any other state. 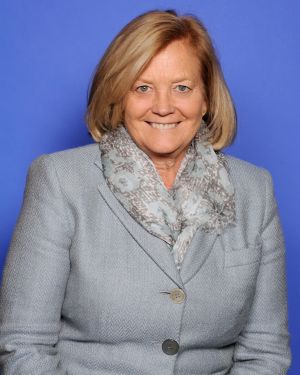 The Senate bill incorporated key provisions of The Local Food and Regional Market Supply Act (Local FARMS Act) that was sponsored by Sen. Sherrod Brown, D-Ohio, in the Senate and Rep. Chellie Pingree, D-Maine, in the House. The Senate farm bill would create a new Local Agriculture Market Program (LAMP) that would combine the existing Value-Added Producer Grants Program, which dates back to the 2002 farm bill, and the Farmers Market and Local Food Promotion Program (FMLFPP) and provide them with permanent funding of $60 million per year.

Authority for the LAMP grants would be expanded to include public-private regional partnerships, a concept borrowed from the Regional Conservation Partnership Program, which leverages spending from USDA conservation programs and outside groups to address regional environmental concerns.

The idea is to tap funding from private sources to develop broader, "food-shed level" approaches to developing markets for small farms on a regional basis. A similar effort supported by the Appalachian Regional Commission is already underway to promote agriculture and processing in areas of western Pennsylvania where coal mining jobs have disappeared.

Both VAPG and FMLFPP are set to expire Sept. 30. They are among 39 programs in the 2014 farm bill that do not have any funding baseline starting in October. Neither program would receive any new mandatory funding under the House-passed farm bill, either.

The Senate bill “does a much better job supporting families and rural communities while helping farmers take advantage of the opportunities of the next five years,” Pingree said.

During the House-Senate conference negotiations on the final version of the farm bill, the advocacy groups will be depending on support from Stabenow and Roberts as well as Brown, who is one of the nine Senate conferees, and Illinois Rep. Rodney Davis, another Republican whose support the groups have cultivated. Pingree isn't a House conferee.

Other provisions that would benefit small-scale, local agriculture:

Both bills would rename the program for the late Gus Schumacher, a former USDA undersecretary and Massachusetts agriculture commissioner who championed the FINI concept.

Organic agriculture also stands to make gains this year, depending on the outcome of the conference committee.

Both bills include provisions to combat import fraud by increasing tracking of incoming shipments of commodities marketed as organic, with both versions providing $5 million to the National Organic Program for technology improvements.