Biofuel producers find themselves in a discomforting, but all-too-familiar, situation again this year. Valuable tax incentives have been allowed to expire once again, and Republican tax writers are openly questioning whether those and other lapsed tax breaks should be allowed to die.

The incentives in jeopardy include the $1-a-gallon tax credit for biodiesel, the $1.01-per-gallon tax subsidy for next-generation biofuels, incentives for installing ethanol blending equipment, and a special depreciation alliance for next-gen biofuel plants.

The House Ways and Means Committee, led by the chairman of the tax subcommittee, Vern Buchanan, R-Fla,, is reviewing those and other expired tax incentives to determine which ones merit extension. He held a day-long hearing March 14 to let industry representatives, including biofuel producers, make their cases for keeping the tax breaks.

“Following our historic tax reform, it should not be business as usual with respect to the tax extenders,” Buchanan announced at the hearing. “Now is the time to examine each of these provisions one-by-one to determine whether and how they fit into the new tax code.”

Buchanan repeatedly made the point that corporations and small businesses alike are benefitting from large cuts in taxes and will have full expensing as well. He also suggested that businesses that use the expired tax breaks may have to give up some other benefit to offset the cost of making the incentives permanent.

Ways and Means Chairman Kevin Brady, R-Texas, told reporters this week that it’s too soon to say how Republicans will address the extenders legislatively, including whether they would be included in a second round of tax reform that the House GOP is planning. But Brady said that Buchanan will next announce a process for members of the House to provide input on the extenders.

The tax incentives all expired at the end of 2016 and were reinstated retroactively for 2017 by the budget bill that Congress enacted in February. They are not in effect for this year, leading to continued uncertainty in the biofuels industry, say producer groups. 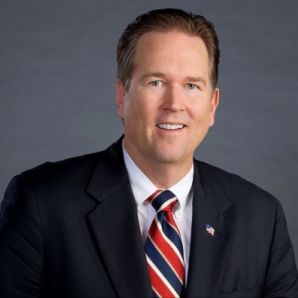 The National Biodiesel Board wants to buy some time for Congress to make reforms to the tax credits for biomass and renewable diesel. The credits should be extended through 2018 “at a minimum, while further contemplating a multiyear approach …  that would drive new investment and establish market certainty for U.S. farmers, ranchers, and petroleum marketers, blenders, and fuel retailers.”

The Renewable Fuels Association, which represents ethanol producers, including those working to make the fuel from cellulose, is appealing to lawmakers to extend incentives for next-generation fuels as well as for the retail infrastructure needed to sell higher blends of ethanol, both conventional and cellulosic. The expired incentives include a $1.01 tax credit for cellulosic ethanol and an accelerated depreciation allowance for second-generation ethanol plants.

The Advanced Biofuels Association, which represents companies that make drop-in-fuels, substitutes for conventional, petroleum-based products, including gasoline, diesel and jet fuel, is seeking a multi-year phaseout of the $1-a-gallon tax credit for biodiesel and renewable diesel, a substitute for conventional diesel made from biomass.

However, the group opposes converting the current blender credit into a producer credit, which NBB supports. The change would mean that the credit would no longer apply to imported biodiesel.

Washington Week Ahead: Farmers have much at stake as House GOP rolls out tax plan
Ag’s climate funding at stake as Dems debate cuts to spending plan
NBB: Industry success ‘is now at stake’ without tax credit

A leading Senate supporter of the biofuel industry, Iowa Republican Chuck Grassley, said he didn’t expect Congress to address the tax extenders until after the November election, when they are revived retroactively for 2018.

But that would continue the pattern of expiration and reinstatement that has created near-constant uncertainty in the biodiesel market.

“We have had the marketplace speculating whether it would be reinstated or not,” he said.

The uncertainty about the credit also means that supplies build up at the end of the year, reducing production in the first few months of the following year, Meyer said.

Michael McAdams, president of the Advanced Biofuels Association, said that uncertainty about the tax credit also can have the effect of depressing prices for biofuel compliance credits, Renewable Identification Numbers (RINs), if speculators think that it won’t be reinstated.

Restoring the credit retroactively, as Congress did in February, “is helpful, but we really need it prospectively,” he said.

Meyer told the lawmakers that the biodiesel credit is critical to supporting farm income and maintaining rural jobs, a point that Rep. Kristi Noem, R-S.D., also sought to emphasize.

"A change in policy is going to impact commodity prices, which right now if you follow the agriculture industry, we’re in a crisis situation,” she said.