More than $90 billion in agriculture spending, including a 50% increase in conservation program funding, is at stake as congressional Democrats wrangle over how to pare back their $3.5 trillion Build Back Better bill to woo critical moderate votes.

It’s still not clear how much the package will have to be cut. Sen. Joe Manchin, D-W.Va., continues to insist that his top line is $1.5 trillion. But Democratic leaders also have to determine how they cut the massive bill’s various provisions. Do they cut everything across the board or instead discard some items in order to preserve their top priorities, such as climate policy?

House Speaker Nancy Pelosi, D-Calif., issued a statement Monday night that suggested the leadership plans to take the latter approach, which would bode well for preserving the agriculture spending, most of which is focused on addressing climate change.

“Overwhelmingly, the guidance I am receiving from members is to do fewer things well so that we can still have a transformative impact on families in the workplace and responsibly address the climate crisis: a Build Back Better agenda for jobs and the planet For The Children!,” Pelosi wrote to her Democratic colleagues.

On Tuesday morning, Pelosi said the party's spending priorities were still under discussion. Some Democrats "have written back to me and said, ‘I want to do everything'," she said. But she made clear that the spending would have to be prioritized. "The fact is that if there are fewer dollars to spend there are choices to be made," she said. 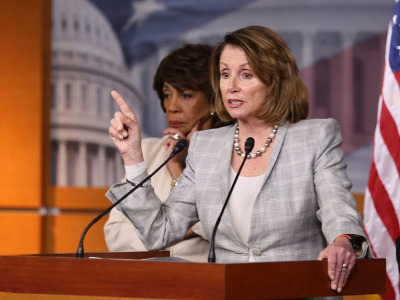 The international climate conference starts in Glasgow on Oct. 31, and without the Build Back Better bill's climate-related funding, President Joe Biden will have little to back up his pledge to halve U.S. greenhouse gas emissions by 2030. At a pre-Glasgow conference last week in Italy, Pelosi portrayed the bill as proof that the United States is serious about addressing climate change.

Farm groups are divided over the Democratic bill, which faces united Republican opposition.

But in light of Pelosi’s latest comments, the National Council of Farmer Cooperatives “has been reaching out to leadership urging that they keep the funding for expanded working lands conservation programs promoting climate-smart farming,” NCFC spokesman Justin Darisse told Agri-Pulse on Tuesday.

“Lawmakers have quite often noted both agriculture’s contributions to greenhouse gas emissions and the potential for agriculture to contribute to a reduction in carbon, so it would be unfortunate if that funding is not included in legislation meant to address climate change.”

Ahead of Pelosi's latest comments, a lobbyist for another ag group told Agri-Pulse that climate policy appeared to be a priority for Democrats, “which is good for us.”

But the lobbyist, who spoke on condition of anonymity, said it was difficult to nail down the potential funding for agriculture without an agreement on the bill’s overall spending level. “I feel we’re still in the shadowboxing phase and not in the endgame phase,” he said.

The $3.5 trillion plan’s climate provisions include $28 billion for conservation programs to go with the $59 billion that USDA is already projected to spend under the 2018 farm bill. The bill contains another $66 billion for agricultural research, renewable energy, rural development and forestry. The conservation funding includes a plan for paying farmers $25 an acre for planting cover crops.

A separate, $235 billion package of green energy tax incentives includes a $33 billion extension through 2031 of the $1-a-gallon tax credit for biodiesel and renewable diesel.

The Food and Agriculture Climate Alliance — a coalition of major farm groups, including NCFC, and some environmental organizations — hasn’t taken a collective position on the Build Back Better plan, said Randy Russell, a lobbyist who represents the alliance.

There have been some informal discussions with Democrats about the conservation program spending, but “FACA will not take a position on the package until we know all the specifics, both on the spending as well as tax provisions,” Russell said.

Still, Democratic leaders also are hearing from some individual FACA members and a who’s who list of environmental groups.

Several FACA members, including the National Farmers Union, Environmental Defense Fund, The Nature Conservancy and Theodore Roosevelt Conservation Partnership, joined about 160 other national and state organizations in a letter to Democratic leaders last week in support of the $28 billion in conservation spending.

“Hundreds of farm, food and conservation advocates, companies, and private citizens have weighed in with input during the budget reconciliation process, and they confirmed that the climate-smart agriculture provisions of the Build Back Better Budget will make a historic impact on conservation efforts,” the letter said.

Marcia DeLonge, a senior scientist at the Union of Concerned Scientists, said that the bill’s ag provisions represent “the greatest step in generations to transform our food and agriculture system to be more resilient, sustainable and equitable." 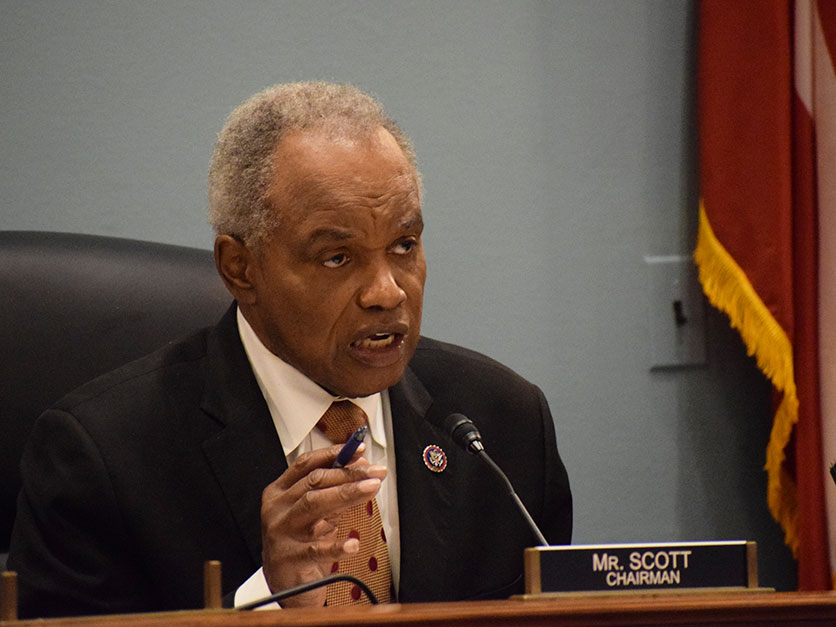 Democratic members of the House Ag Committee, led by Chairman David Scott, D-Ga., have sent a separate appeal to Democratic leaders in defense of the ag provisions.

“The provisions included in the agriculture portion of the Build Back Better Act will make transformative investments that will benefit agricultural producers and rural communities for years and decades to come,” the committee members say in their letter to party leaders.

Democratic leaders would like to have a bill ready before Oct. 31, when authority for federal highway funding is set to expire. Democratic leaders want to move the Build Back Better bill along with a separate, bipartisan infrastructure bill that includes a long-term extension of highway funding. Progressives have refused to support the infrastructure measure unless they are assured the larger package also will be enacted.