Agriculture Committee, Rep. Jim McGovern, drew cheers at a meeting of anti-hunger activists in February when he called for stopping the farm bill if it’s unfair to nutrition assistance programs.

He reasoned that Democrats have a good chance of taking control of the House in November and reshaping the legislation.

If the Republican-controlled Congress is unable to enact a new farm bill this year, and Democrats win control of at least the House in November, they will have a chance not just to protect nutrition spending but also to shape farm and conservation programs more to the liking of their constituents.

A farm bill written by a Democratic House “would look a lot different and not just on the nutrition title, on a whole bunch of titles,” McGovern said in an interview.

McGovern could be a major player on agriculture policy in a Democratic House. Not only is he currently the top Democrat on House Agriculture’s nutrition subcommittee, he also would likely be in line to chair the House Rules Committee, where he would work with the Democratic leadership to decide what amendments were debated on the floor.

“Quite frankly I think we would write a better and more bipartisan bill,” he said.

Count on there being more support in a Democratic House for capping crop insurance premium subsidies or imposing a means test on the program, say farm bill veterans. The Supplemental Nutrition Assistance Program would not only be shielded from cuts, key Democrats will want to increase benefits if they can, based on legislation Democrats have introduced in this Congress.

Environmental groups would play a greater role in shaping conservation programs, including the Environmental Quality Incentives Program, which provides cost-share payments for equipment and farming practices. Initiatives to combat climate change could get more attention. 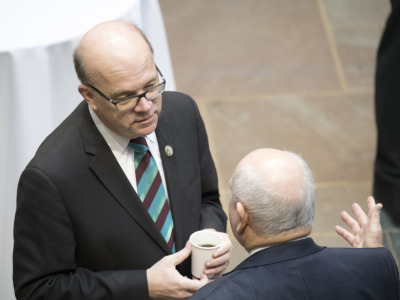 Other priorities, based on bills that Democrats are sponsoring, will include boosting assistance for organic agriculture and greater support for smaller scale farms.

Many House Democrats are “entirely focused on the non-production side” of agriculture, said former House Agriculture Chairman Frank Lucas, R-Okla.

The committee “is full of great people but it has a much more suburban-urban flavor to it,” he said, referring to the panel’s minority. “We spent a lot more time discussing the unique nature of organic agriculture and niche crops and community markets, if you remember the debate in the last farm bill, than ever before.”

But passing a farm bill won’t necessarily be any easier for a Democratic House than it is proving to be for Republicans this year.

Even if Democrats win control of the House in November, they are likely to control the chamber by a handful of votes, setting up a situation where it may be even harder to forge compromises than it is now. It will certainly be more difficult for the likely chairman of the Agriculture Committee, Collin Peterson, D-Minn., to protect crop insurance and commodity programs from reforms sought by both fiscal conservatives and progressives.

In a closely divided Congress, the right-wing House Freedom Caucus, which has roughly three dozen members, many of whom would like to scale back farm programs as well as nutrition assistance, would have more power than it does now by virtue of being a larger percentage of what would be a smaller GOP conference, said Bob Young, the former chief economist of the American Farm Bureau Federation.

Because of the difficulty of passing a farm bill, and because dozens of expiring farm bill programs have no funding beyond 2018, Democrats might decide to allow Congress to pass a new farm bill in the lame duck session at the end of this year even if they win control of one or more chambers, said Ferd Hoefner, senior strategic adviser for the National Sustainable Agriculture Coalition.

House Agriculture Chairman Mike Conaway’s draft farm bill, which Democrats say would cut SNAP benefit costs by more than $20 billion, would have no chance of passing in the lame duck. But the bipartisan bill that Senate Agriculture Chairman Pat Roberts, R-Kan., and ranking member Debbie Stabenow, D-Mich., are promising to write could have a chance of getting enacted, said Hoefner. Roberts and Stabenow have said it won't have the SNAP cuts that Conaway is proposing.

“If I was making the call I would just say, 'Let’s get it done,'” said Hoefner. “I would say, ‘The farm bill isn’t at the top of the heap on the Democratic agenda, and now that we control the House next year, let’s just get it done and get it off the table, and get on to things that are a bigger deal of the Democratic caucus.' I think it’s a plausible scenario.”

Crop insurance would be in bull's eye

If a new farm bill can’t get out of Congress in the lame duck, and Democrats do win control of the House, or even have a larger minority in the chamber, the crop insurance program would be a major target during floor debate, say farm bill veterans.

In 2013, the Republican House narrowly defeated, 208-217, an amendment sponsored by Rep. Ron Kind, D-Wis., that would have capped premium subsidies at $50,000 per farmer, imposed a means test on policyholders, imposed limits on returns to the crop insurance industry, and provided for public disclosure of benefits that individual farmers receive. Democrats voted more than 2-1 in favor of the amendment. (McGovern was among the supporters). Kind has introduced legislation similar to that amendment, known as the AFFIRM Act, in this Congress.

Crop insurance is “where the big argument will come from” in a Democratic House, said Young.

Said Hoefner, “If Democrats control the House, Peterson notwithstanding, there’s going to have to be a degree of subsidy reform,” said Hoefner, whose group has long supported a subsidy cap on crop insurance and tighter payment limits for commodity and conservation programs. 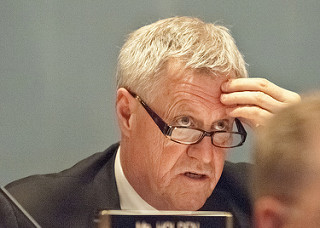 Peterson declined to talk about what changes a Democratic House might make. He has been a staunch opponent of attempts by his colleagues to restrict crop insurance benefits or to tighten commodity program payment limits. But those battles would be tougher for him than when he chaired the committee during development of the 2008 farm bill. Peterson struggles to fill Democratic seats on the committee, and many of those who do join the panel don't have agriculture experience.

Peterson would be a "lonely dude," because if Democrats do win control of the House, it will likely be because of wins in suburban, not rural, districts, said Bill O'Conner, a former Republican staff director for the committee who now advises agricultural clients for the Watkinson Miller law firm. "The Democrats just don't exist in rural America," he said.

The Blue Dog caucus, a collection of moderate and often rural Democrats, has dropped to 18 in this Congress from more than 50 in 2009.

Here is a look at other Democratic proposals that would likely have more support in a Democratic House. Elements of some could get into the House or Senate farm bills this year: