If recent reports about the Trump administration possibly sending biofuel program reform efforts back to the legislative branch turn out to be true, don’t expect ethanol supporters to be too disappointed.

In short, asking Congress to take up reform of a politically dicey issue during an election year won’t yield many changes. Perhaps more likely, there won’t be any changes at all, which is just fine with established supporters of the Renewable Fuel Standard.

“Status quo works for us,” Sen. Joni Ernst, R-Iowa, told reporters in Washington. “Right now, the RFS is working, so I think we’re in good standing. It’s the oil industry, the small refiners that are having the difficulty with it, but it is law.”

Fellow Iowa Senate Republican Chuck Grassley agreed, telling reporters that "if the administration doesn't take any action, it sounds to me like it fits into what I've said about the RFS for a long period time ... if it ain't broke, don't fix it."

Administration officials have hinted at the possibility of leaving the issue of compliance costs to Congress in recent weeks. On March 20, Ag Secretary Sonny Perdue told reporters that he and EPA Administrator Scott Pruitt have “offered some ideas that we think will help the situation, but added “the White House is trying to determine whether they need to make a call on the decision or let Congress go back and fix it.” 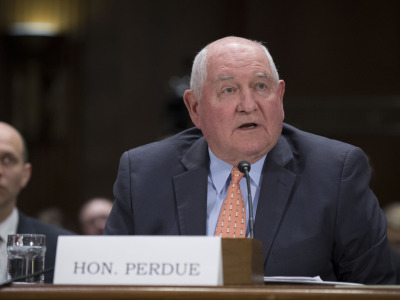 Ray Starling, the special assistant to the president for agriculture, trade, and food assistance, told Agri-Pulse that leaving the decision to Congress is “an option, but I also think that given the level of attention the president has given this issue, that it’s not beyond the realm of possibility that he will make a decision based on the information we’re able to present.” Starling suggested another meeting involving Perdue, Pruitt, and “others who weigh in on this topic here at the White House” could happen yet this spring.

Congressional action – or lack thereof – rather than an administrative decision would also sit well with certain corners of the biofuel industry growing frustrated with the downward spiral the debate has inflicted on the price of Renewable Identification Numbers.

“If for whatever reason, the government believes additional actions need to be taken to further reduce RIN prices, we support any measure that would expand – rather than destruct –  RFS demand,” said Bob Dinneen, president and CEO of the Renewable Fuels Association.

The most recent wave of RFS reform talks started last fall, when Sen. Ted Cruz, R-Texas, placed a hold on Bill Northey’s nomination to be a USDA undersecretary. Cruz said he wanted to speak with President Trump about the RFS, and the conversation has shifted to the cost of RINs. Those are the credits used to measure compliance with the RFS, and some independent refiners complained that RIN prices were endangering their businesses.

Biofuel groups and companies disagreed, saying that refinery business practices were to blame for financial issues – including the bankruptcy filing of Philadelphia Energy Solutions – rather than any issues associated with the RFS and RIN costs. Nevertheless, meetings were convened and solutions were sought, but the elusive “win-win” desired by the administration remains just that: elusive.

A cap on the price of RINs has been suggested, as has Reid Vapor Pressure relief, a long sought after administrative fix that would allow for E15 to be sold during the summer months. In search of a “win-win,” a proposal from the biofuels space has also surfaced to put a two-year multiplier on RINs used for blends higher than 10 percent in exchange for RVP relief. But that idea has struggled to gain widespread acceptance in the industry and could be a nightmare to implement, industry stakeholders tell Agri-Pulse.

This concept "is someone wanting to get more credit for buying the same gallon of ethanol,” Ron Lamberty, senior vice president of the American Coalition for Ethanol, said in an interview with Agri-Pulse. “I think it’s unlikely to increase ethanol sales; I think there’s too many ways something like that can be manipulated in the system.”

“A multiplier isn’t a multiplier, it’s a divider; It brings the amount of ethanol sold down because it counts as more,” he added. “I don’t think it helps us as an industry, and I think it may not take all the teeth out, but I think it takes out maybe one of the incisors.”

Many in the biofuels space also wonder why a counteroffer like the RIN multiplier is even necessary. The renewable fuel side of the argument contends that RVP relief would do enough to calm concerns about RIN prices, so the multiplier isn't needed. However, the deal-making concept of "I get this, you get that"  could loom large and require the biofuel industry to put some kind of concession on the table.

While a RIN multiplier would be favorable to a RIN cap, Brooke Coleman, executive director of the Advanced Biofuels Business Council, says that RVP relief is already sufficient.

The concern over the RIN multiplier proposal is coupled with the fact that it’s assumed RVP relief would lead to more E15 sales, but that’s hardly a guarantee. Having the fuel available 12 months a year would give a chance for station sales and consumer acceptance of the higher blend to grow, but many stations won’t be able to sell the fuel because of established contracts with fuel providers. 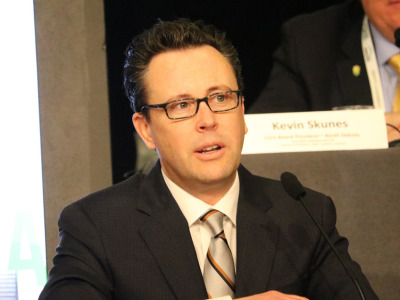 “I think sometimes in our industry, because we want RVP relief so damn bad, we maybe overstate the importance of it, to be brutally honest,” ACE CEO Brian Jennings said. “Not every retailer is going to sell E15 just because RVP relief is extended for various reasons, especially the branded stations that have those contract restrictions.”

Pruitt has said he would be willing to sign an RVP waiver, but he wants to be sure it is a legally defensible decision. Such a move will almost certainly be challenged in the courts, and legislation to make the change on Capitol Hill has stalled. Jennings said he was “encouraged” by what he heard from Bill Wehrum, EPA’s assistant administrator of the office of air and radiation, on the subject, but EPA’s lengthy review of the subject continues.

“Every move is going to be challenged by the oil industry here, whether it’s super important or just marginal gallons,” Jennings said. “But (RVP relief) needs to get done, it needs to be legally defensible, and we’ll be standing right beside EPA and defending them when they come out and do this.”