An animal rights organization known as Friends of Animals launched a lawsuit against the U.S. Fish and Wildlife Service last month, asking it to protect a small herd of wild horses in Montana under the Endangered Species Act.

Critics of the litigation say the horses – about 90 to 120 animals – don’t qualify for endangered status because they are a non-native species, but proponents say that’s not so, since the animals evolved in North America. The debate revolves around whether a species that is reintroduced to an environment thousands of years after going extinct can be classified, legally, as endangered, as well as the potential ramifications of doing so.

If the tens of thousands of wild horses that roam public lands in the West are given endangered species protection, it could establish a dangerous precedent for restrictions on cattle grazing and limits on development and outdoor recreation, critics say.

“There will be restricted use on habitats for endangered species, which will only increase over time,” Leo McDonnell Jr., director emeritus of the U.S. Cattlemen’s Association, said. “That’s the history of those things. It’s not a good deal for the public.” He also argues that the horse herd in question doesn’t have any native horses in it.

“There are no pure mustangs left, lots of ranch horses have been turned out there and have intermingled with them,” he said. “At the end of the day you’ve just preserved a bunch of barnyard horses.”

“The Wild Horse and Burro Act really has become nothing more than a procedural hurdle for BLM to have to go through to do roundups and other types of population management,” said Mike Harris, director of the Wildlife Law Program for Friends of Animals. “It’s been decades since that has passed and it really hasn’t panned out to be that protective.” 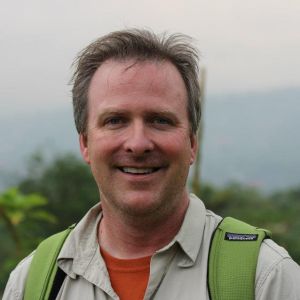 In the Wild Free-Roaming Horses and Burros Act of 1971 Congress declared that "wild free-roaming horses and burros are living symbols of the historic and pioneer spirit of the West; that they contribute to the diversity of life forms within the nation and enrich the lives of the American people... It is the policy of Congress that wild free-roaming horses and burros shall be protected from capture, branding, harassment, or death.”

But the act also calls for sound management including, among other things, whether they are overpopulated and “whether appropriate management levels should be achieved by the removal or destruction of excess animals, or other options (such as sterilization, or natural controls on population levels)….. Such action shall be taken … until all excess animals have been removed so as to restore a thriving natural ecological balance to the range, and protect the range from the deterioration associated with overpopulation…”

Friends of Animals feels that the act doesn’t do enough to protect the horses because it provides a procedure for their destruction and doesn’t give them enough space to roam, so they are looking for new tools to help protect the horses. The Endangered Species Act is one of them, Harris said.

“There’s nothing at all in the Endangered Species Act that has to do with native versus non-native,” Harris said. “Five or six years ago when we really started doing this work, that was always thrown out there – ‘They’re non-native!’ –but anyone who has looked at the paleontological record knows that’s just hogwash.” 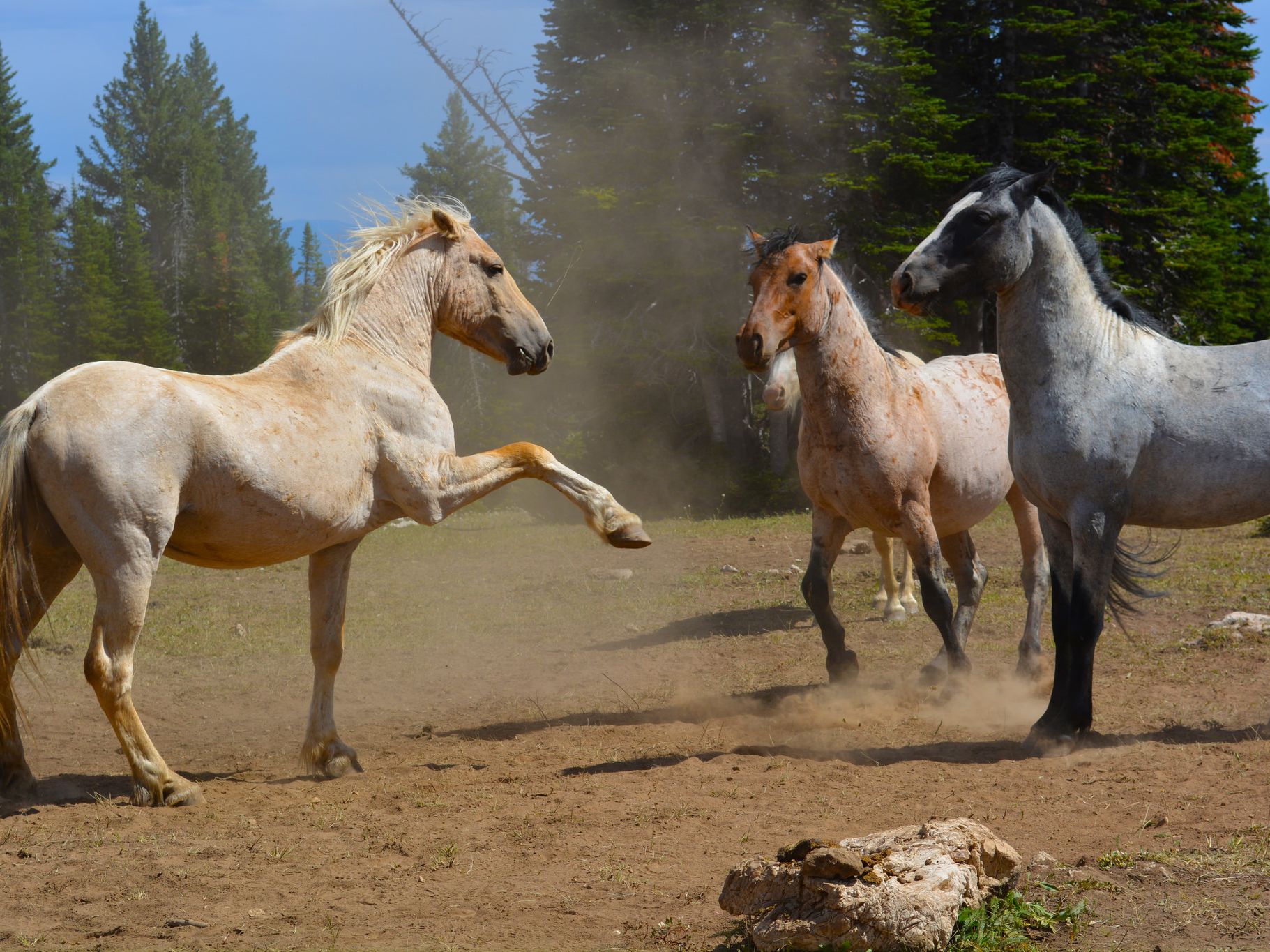 That record shows that horses thrived in North America before vanishing between 10,000 and 8,000 years ago. Modern day horses were reintroduced to North America in the early 16th century by Spanish explorers coming to the New World in search of gold and converts.

While many well-known Ice Age species also died out on the continent at the same time as horses – including mastodons, giant sloths and saber-tooth cats – one species similar to the horse stands out for this case.

The ancestor of all camels, known as the camelops, evolved, thrived and went extinct in North America about 13,000 years ago, most likely suffering a similar fate as the horse. But in the 1800s, camels were re-introduced into North America as part of the United States’ westward expansion. Camels were viewed as a viable resource to conquer the long overland trails and supply routes through dry and sometimes barren terrain. If the camels had set up a breeding population in the American southwest, this lawsuit might be about re-establishing wild camels in North America today.

Harris agrees. “There is actually a whole line of people out there who would say, ‘Yeah, if the camel is here we should re-wild it.’ It’s an actual field called Re-Wilding,” he explained.

On the other side of the issue is Maggie Nutter, the U.S. Cattlemen’s Association’s board representative for Region VI (Montana and Idaho). She is very familiar with the horse herd that Friends of Animals has named in the lawsuit, which runs wild on a 43,000-acre range in the Pryor Mountain region of southern Montana and northern Wyoming.

“The Friends of Animals, they’re sincere people and they want to preserve those horses and I can kind of understand that, but when you bring the Endangered Species Act into play, it isn’t necessarily the tool that they should use,” Nutter said. She believes that the BLM is currently doing a decent job at keeping the herd in check in relation to the environment, and recommends going to the Livestock Conservancy to assist in saving the horses and their genetics.

“Those horses might be considered a heritage-type breed,” she said. “It’s not a native species, it’s actually something that was a domestic animal at one time.”

In terms of environmental destruction, she compared them to feral hogs in North America.

“If they had a snout and a curly tail, they’d be called an invasive species,’” she said. “I can see them wanting to preserve the horses but they’re not really doing the landscape or the horses any good by overcrowding.”

“If we didn’t manage the wild horses, we would have the same kind of damage because of the way they graze,” Nutter said. “If you don’t control the horse population, that herd will double within four to five years. There’s just no way to support all of those animals, and that’s a sad thing but it’s the truth of it.”

She said horses are harder on rangeland than cattle. Horses’ teeth get closer to the ground when they graze and nip grass shorter than cows do, loosening it from the soil at times and shrinking root growth.

“The roots are so important because that’s where the energy is stored, so come fall if you continuously nip that grass off, there’s not a lot of energy left in those roots,” she said. “You continue to do that, all you have is poor forage and weedy stuff all over your ground. That also reduces the habitat for wildlife, so it’s a no-win situation if you overcrowd the range.”

Nutter noted that the horse birth control efforts were expensive and not highly effective. Rounding up and donating the horses, humanely putting them down or sending them to slaughter are viable choices to her.

“I personally don’t see those as bad things,” she said. “It preserves the horses because their herds are smaller but they’re healthy, it preserves the rangeland and it saves our tax dollars.”

Another spoke in the wagon wheel of this Western dispute is a long-held tradition of the Crow Indian Tribe, which has been involved with the Pryor Mountain horse herd for hundreds of years. According to a Pryor Mountain Wild Horse Territory Report from the U.S. Forest Service, the Crow Nation has had horses since the 1700s, often obtained from the Spanish, and inhabited the Pryor Mountains before European settlement.

“The Crow Indian Tribe has a long tradition of being involved with that herd of horses and using that herd, and through the roundup and adoption program they have access to those horses that they’ve had for generations and generations,” Nutter said. “If you put that under the Endangered Species Act, you take that away, and I think that in itself is a shame.”

“I myself love to see a herd of horses running, it’s a glorious sight,” she said. “But sometimes it’s hard to do what’s best for the animals and the range, and what’s best is controlling that herd to the size that’s appropriate.”

Time will tell if this lawsuit will establish whether or not the wild horses here today are in fact repatriated natives or just another invasive species.