Conservative organizations may like the way the House Republican farm bill would overhaul the Supplemental Nutrition Assistance Program, but they also are preparing to push the full House to reform the sugar program and crop insurance.

House Agriculture Chairman Mike Conaway’s challenge is to fight off amendments on commodity and crop insurance, forcing conservatives into a choice of voting against the bill on final passage, or supporting it because of the SNAP reforms, which include an expansion of work requirements.

A bill that leaves commodity programs and crop insurance untouched would be a “pretty tough pill to swallow, regardless of how badly you want work requirements,” said Caroline Kitchens, manager of federal affairs for the R Street Institute, a fiscally conservative advocacy group.

As it stands now, Democrats are likely to be united in opposing the bill on the House floor, so Conaway will probably have to get the bill out of the House with only GOP votes.

The committee approved the bill on a party-line, 26-20 vote last week after Democrats took turns criticizing the SNAP reforms as mean-spirited and unworkable. The Democrats are likely to be equally harsh, if not more so, on the House floor. 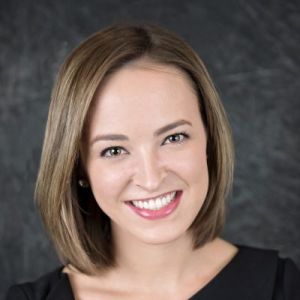 After the committee markup, Conaway said he hopes to see the floor debate scheduled soon after next week’s recess but he noted he still has to secure enough support to be assured of passing the bill. Republicans currently control 236 seats to the Democrats’ 193. There are also six vacancies.

Conaway says he expects the House Rules Committee to allow at least one amendment on every major issue, though he will be working to kill any that attack commodity programs or crop insurance.

Kitchens said it would look bad for Republicans to force the SNAP reforms through the House while protecting farm spending.

“This bill, the way it’s written now, it will be terrible optics for Republicans if it looks like we’re really going after the SNAP program ... and leaving all of the cronyism and waste in the crop insurance and commodity title,” she told Agri-Pulse.

House conservatives are preparing a number of possible amendments, one of which could incorporate President Trump’s budget proposals to slash crop insurance. The budget would save $22 billion alone by reducing crop insurance premium subsidies from the current average of 62 percent to 48 percent.

In 2013, the Republican House narrowly defeated, 208-217, an amendment sponsored by Rep. Ron Kind, D-Wis., that would have capped premium subsidies at $40,000 per farmer, imposed a means test on policyholders, eliminated the harvest price option, and provided for public disclosure of benefits that individual farmers receive.

Another possible amendment could force farmers to choose between revenue insurance and coverage under the Agriculture Risk Coverage and Price Loss Coverage.

(Critics of crop insurance say it facilitates “double dipping” by allowing farmers to cover the same losses twice. To address that criticism, the bill includes a provision barring farmers from buying area revenue policies if they also have county revenue coverage under ARC, the most popular ARC option.)

There is almost certain to be a floor amendment seeking to reform the sugar program, which supports domestic sugar prices by controlling imports and domestic marketing. Rules Committee member Virginia Foxx, R-N.C., is expected to push the sugar amendment.

Another conservative group, Citizens Against Government Waste (CAGW), sent a letter to lawmakers Monday applauding the SNAP reforms but calling for changes to farm programs.

“The agriculture portion of the bill continues the same wasteful policies that have permeated past farm bills,” the letter says. “The American people deserve a free-market farm bill, and the House bill in its current form does not begin to meet those requirements.”

The letter goes on to challenge GOP conservatives: “Since House Democrats have walked away from the process, free-market Republicans who are not on the (Agriculture) Committee should take the opportunity to demand a bolder set of reforms for the commodities and rural infrastructure sections of the legislation.”

Another conservative group that could have an impact on the outcome, depending on how hard it pushes Republicans, is the Heritage Foundation and its advocacy arm, Heritage Action.

Heritage Action and like-minded groups have lost a number of fights over spending lately when the budget agreement and the omnibus spending bill both passed over the opposition of House conservatives. But the groups have potentially more clout if farm groups lose the votes of Democrats they’ve counted on in the past.

Daren Bakst, a policy analyst for the Heritage Foundation, said that Conaway’s bill fails to “reform the out-of-control farm-handout system as it should, and instead makes it worse.”

Among his gripes is that the bill adds a provision to PLC that would increase reference prices if a five-year olympic average of commodity prices rises at least 15 percent above the PLC target level.

A spokesman for Heritage Action did not respond to a request for comment.

The American Enterprise Institute, a conservative think tank that has pressed for free-market reforms to farm policy, has scheduled a forum for May 3, while the House is in recess, to air the concerns of some economists about the House farm bill.

House Speaker Paul Ryan has been helping Conaway recruit Republican support for the farm bill. On April 16, Ryan met with representatives of several conservative groups, including the Americans for Prosperity, CAGW, Heritage Foundation and Heritage Action, Family Research Council, the Faith and Freedom Coalition and the National Taxpayers Union.