The Federal Communications Commission is presiding over a tug-of-war in telecommunication regulations that will affect who gets licenses to own bits of what's called the Citizens Band radio spectrum. The agency's decision is sure to broadly affect rural broadband development and access.

A bit like the Homestead Act of 1862, which sent hordes scrambling into the U.S. West to claim tracts of land, the FCC will set the parameters and rules on who claims locations in that spectrum: the 3550-3700 MHz band (called mid-band, which covers medium-length radio waves).

Actually, three years ago, the commission designated that band as the Citizens Broadband Radio Service (CBRS) for shared wireless broadband use, but never issued rules on licensing and ownership therein. Unlicensed users in that band are proliferating, but their signals can face interference from other users.

In fact, the upcoming CBRS rules are just one piece of the FCC’s bonanza sell-off up and down the radio spectrum. Big new slices of the spectrum will be needed to accommodate the imminent arrival worldwide of super-fast and super-smart mobile phones and internet connectivity, called 5G or “next generation,” so the FCC dove in to assign available band space.

“One of the game-changers for 5G is that new technologies have made it possible to use millimeter-wave (short, fast radio waves in the high-frequency bands) spectrum for mobile broadband,” FCC Chairman Ajit Pai (pictured above) declared in February at a conference in Spain. “But a comprehensive spectrum strategy for 5G requires freeing up all kinds of airwaves — low-, mid-, and high-band,” he said.

Indeed, the FCC began awarding new licenses in the 600 MHz broadcast band a year ago, and Pai noted that T-Mobile has already started offering broadband service in that band. Pai announced recently the commission will also auction spectrum this fall in the high-frequency 28-GHz band and 24-GHz band. What’s more, the National Telecommunications and Information Administration (NTIA) is looking at the next-door spectrum to the CBRS –3450-3550 MHz – currently used by military radar systems, so that it might be opened to commercial broadband licensing.

For the CBRS, the FCC wrote rules in 2015 for Priority Access Licenses (PALs), which protect the holder from other signals. They would be awarded according to U.S. Census tracts, with up to seven licenses per tract. The limited geographic area would be intended for small fixed-wireless systems that would get three- or six-year spectrum assignments, thus making low-cost licenses available for small operators to provide broadband service.

Rather than fully implementing the 2015 proposal, however, the FCC got requests last year from big mobile phone companies to amend the proposal. It then posted a revised plan based on a petition from CTIA (Cellular Telecommunications and Internet Association) and T-Mobile to expand the tracts for PALs to entire economic regions, such as large urban market areas, and award the PALs for 10 years plus renewals, but then include provisions allowing the huge license areas to be subdivided and for the partitioned licensed to be available in secondary markets.

In perspective, economist and rural broadband planner and developer Michael Curri, president of the Strategic Networks Group (SNG), suggests that the best kind of CBRS rules on PAL tracts, length of license and other parameters that the FCC could ultimately approve would foster the “greatest amount of local self-determination." Local wireless providers and customers, he says, “are the ones who’ll reap the benefits of the investment.”

SNG, specialists in the econometrics of broadband and other digital infrastructure, works with local communities and state and local governments on their broadband development efforts. Curri presses rural communities to dig in and invest in fiber cable service, instead of wireless, wherever feasible. But, where licensing wireless providers is concerned, he sees an award of a piece of the CBRS radio band to a single entity over a large area as “simply a monopoly.” Thus, he says, the large wireless companies, “want to have a monopoly, they want a bigger area and . . . a much higher barrier to entry.” Rural economies, however, will benefit more economically if there are many players with access in the same market area, he says.

As one would expect, advocates for both fiber cable and wireless rural broadband systems – including the National Rural Telecommunications Cooperative, National Rural Electric Cooperative Association, and the Rural Broadband Association (NTCA) – objected to assigning such big areas and long-term licenses, complaining that doing so would make CBRS licenses out of reach for small wireless operators.

NTCA, representing about 850 community-based telecommunications entities, told the FCC: “Large carriers are likely to use the (CBRS) spectrum to relieve mobile congestion ... and enhance services in profitable areas ... Conversely, small businesses are seeking inexpensive spectrum to provide niche E-services and to discrete populations.” But the big license tracts that CTIA proposed “will correspondingly increase the cost of the licenses to the point of unaffordability for smaller operators.”

So, NTCA argued, “the Commission simply may not, consistent with any legitimate and/or good faith reading or interpretation of the statute, license the spectrum in a manner that all but ensures that only the largest, most well-financed providers will have access to it.”

Recently both CTIA and the rural broadband backers proposed compromises to the latest FCC proposal on the one hand, and on the other, opposition to changing the 2015 proposal at all.

CTIA and the Competitive Carriers Association, which represents some regional rural carriers, suggested a compromise that would issue PALs on the basis of metropolitan statistical areas in the top 306 cellular markets but smaller, county-based licenses in the remaining 428 cellular markets. For their members’ use, odd-shaped Census tracts don’t work well and would “severely limit power levels and substantially increase network infrastructure and deployment costs.”

So while big mobile companies need larger tracts, disaggregation of permits in county-based licensing could be used “in 83 percent of the nation’s land mass and will address interests by many stakeholders for smaller license sizes for rural deployments,” CTIA said in its proposal.

"The proposal that we’ve put on the table is a little bit of a change from where we were six months ago," Kara Graves, CTIA director of regulatory affairs, told Agri-Pulse. "We heard from a number of stakeholders that there were concerns about rural providers and different types of stakeholders (having) opportunities to purchase that spectrum," so the compromise proposal is one "that we thought would be workable for stakeholders in urban areas as well as ... for all the places out in rural America that we want to make sure we serve.” 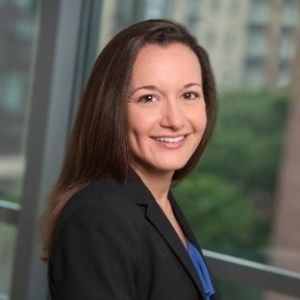 NTCA also urged FCC toward a middle ground, suggesting that PALs could be awarded for seven- to 10-year periods, and could be assigned in a mix of census tracts and countywide areas “to accommodate a wide range of potential users, striking a balance that would promote the most effective and efficient use of the spectrum band.”

In a recent letter to the FCC, the Wireless Internet Service Providers (WISPA), a group of 800 rural and municipal fixed wireless and other internet service providers and small broadband systems, called the new TCIA/CAA compromise plan “a mobile-only compromise ... advocating larger-sized areas for Priority Access Licenses ... (that) would effectively put up a 'large bidders only' sign at the door and turn away innovators and small operators serving rural Americans.”

WISPA President Claude Aiken said his members just want reasonable access to CBRS. “We’re hopeful that we will be able to get Census track licenses. All our members are looking for is a shot to bid in the auction on something that makes sense for them.”