House Agriculture Chairman Mike Conaway is struggling to cobble together the votes he needs from GOP colleagues to pass his farm bill while fending off amendments that would roll back the sugar program or cut crop insurance.

The White House provided a lift to Conaway’s effort by issuing a statement of administration policy Tuesday endorsing the bill, saying it would provide certainty to farmers while imposing “common-sense work requirements” on the Supplemental Nutrition Assistance Program.

“In contrast to previous farm bills that have contained minimal reforms to SNAP work requirements, H.R. 2 is clearly a step toward meaningful welfare reform,” according to the statement of administration policy (SAP) issued by the White House.

The GOP leadership is helping Conaway make the case to Republicans that the bill’s SNAP reforms are reason enough to vote for the legislation despite misgivings that conservatives may have about other positions of the bill.

But the crop insurance industry was still unsure Tuesday which of several amendments attacking various aspects of the program will be debated on the House floor. Also uncertain was whether Rep. Virginia Foxx, R-N.C., would get a vote on her amendment that would end domestic marketing controls for sugar and reduce sugar loan rates.

Conaway said Tuesday that he was still lining up votes on the bill and on key amendments.

“We’re working with all factions of the family to make sure we can thread that needle to make sure that everyone gets to vote on what they want to and that we get it (the bill) passed,” he said. 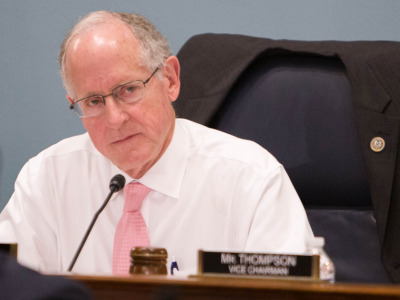 Conaway’s margin for error among his GOP colleagues has shrunk with the resignation on Saturday of Rep. Charlie Dent, R-Pa. There are now 235 Republicans and 193 Democrats in the House. Seven seats are vacant. If every member votes, it would take 215 to pass the bill.

In an unusual process, the House Rules Committee is setting up a series of two rules to govern the floor debate. The first of the two rules, approved Tuesday night, allows for debate of 20 of the less controversial or consequential amendments.

The committee is due to consider the second rule on Wednesday afternoon that will determine which of the more far-reaching amendments, including those on crop insurance, sugar and commodity payment limits, get floor votes. Some 109 amendments were filed in all.

Rules Chairman Pete Sessions, R-Texas, made clear in an interview that the SNAP reforms are the most critical part of the bill and that he was keeping that in mind as the second rule was drafted. “That’s the big deal,” he said of the SNAP provisions.

He said GOP colleagues are coming to understand that “if they really want work requirements then we ought to make that they pass and that be the effort,” he said. He added pointedly, “I have a clear handle on what I’m going to do, and I’m not waiting for anyone to decide that.”

The White House’s statement of administration policy didn’t mention crop insurance even though President Trump had proposed major cuts in the program that are represented in a series of amendments that have been filed.

The White House silence robs the amendment sponsors of some critical support.

The statement did, however, applaud the bill for eliminating the Conservation Stewardship Program and reducing “overly generous payments” to landowners who have acreage enrolled in the Conservation Reserve Program. The bill would cap CRP payments at 80 percent of local land rental rates, mirroring a proposal in the president’s budget. The provision in the bill would help offset the cost of increasing the limit on CRP enrollment from 24 million to 29 million acres.

A coalition of farm organizations organized by the crop insurance industry has held off sending a letter to House members until it’s clear what amendment or amendments attacking the program will be on the floor. More than half a dozen were filed. It was unclear whether a vote on just one of those amendments would be enough to appease critics of the program.

An amendment sponsored by Rep. Mark Sanford, R-S.C., would reduce the target rate of return for insurance companies from 14.5 percent to 12 percent. Another by Rep. Keith Rothfus, R-Pa., would impose a means test on the program by restricting premium subsidies to producers with adjusted gross incomes (AGIs) under $500,000.

A new study by Ohio State University economist Carl Zulauf found that corn and soybean growers would be hit especially hard by a reduction in premium subsidies similar to what Norman has proposed.

In a bid to win over colleagues, Foxx has significantly changed her proposal to modify the sugar program from what she originally introduced last fall as the Sugar Policy Modernization Act. One congressional staffer calls her amendment a “half measure of a half measure.” 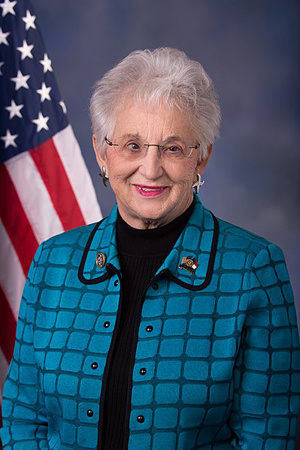 But sugar producers say her revised amendment would still gut critical components of the program while at the same time reducing the loan rates that serve as a floor under prices earned by producers. The amendment would still abolish the domestic marketing allotments that USDA uses to manage domestic prices and end the “feedstock flexibility” program that enables USDA to divert surplus sugar to ethanol production.

However, the amendment dropped a requirement that processors reimburse USDA for the cost of buying forfeited sugar, which would have undermined the role of the loans in supporting domestic prices, and also dropped a target level for domestic sugar supplies. Both provisions were in the Sugar Policy Modernization Act that Foxx introduced in November.

The amendment continues a provision that would require USDA to manage the program to ensure there are “adequate supplies” of sugar at “reasonable prices.” Foxx considers that language as merely stating the wishes of Congress, but sugar producers fear it could be used by a future USDA to justify pushing down domestic prices.

From the sugar producers’ perspective Foxx has been moving in the right direction, but her latest amendment would still undermine the sugar program significantly, said Jack Roney of the American Sugar Alliance.

The U.S. Chamber of Commerce is circulating a letter this week supporting Foxx’s proposal. “It creates an adequate supply of sugar based on a reasonable competitive approach that reaches from the farm to the retail shelf – without risking an appropriate safety net for family farms,” the group says.

There were rumors Tuesday that the Foxx amendment might be considered separately from the farm bill. Asked about that, Conaway would say only that “all those decisions have yet to be made.”

Several amendments would tighten the bill’s payment limit provisions, either by eliminating the changes in the bill or by imposing new restrictions. The chairman of the House Freedom Caucus, Mark Meadows, is proposing the latter, and he got an endorsement Tuesday from the Senate champion of farm program payment limits, Chuck Grassley, R-Iowa.

The Meadows amendment, which is modeled after one that was approved by both the House and Senate in 2013 before being discarded during negotiations on the final bill, would cap payments at $125,000 per person and limit subsidies to one manager per farm and to producers who are “actively engaged” in the operation.

Grassley noted that if the farmer and manager were both married, the four individuals could qualify for as much as $500,000 a year. “That seems like a very generous limit for me,” he said. He hopes to amend the Senate farm bill with similar provisions.

The House approved the 2013 version of the amendment, sponsored at that time by Jeff Fortenberry, R-Neb., by 230-194.

Another amendment by Rep. Bill Posey, R-Fla., would remove provisions of the bill allowing members of LLCs and S corporations to individually qualify for commodity payments and add cousins, nieces and nephews to the list of a farmer’s family members who can be eligible for payments.

An amendment sponsored by Rothfus would reduce the existing AGI limit for commodity and conservation payments from $900,000 a year to $500,000.