US not alone in trying to capture growing Chinese beef market

U.S. beef producers are excited about the sales opportunities that could result from China’s increased desire for beef. There’s just one problem: The same could be said for every country that sends beef to the People’s Republic.

The increase in Chinese beef demand is indisputable, Ian Lahiffe told the Alltech Ideas Conference in Lexington, Ky., on Monday. Lahiffe, the lead of operations for Allflex Livestock Intelligence, said China is expected to import about 1.2 million metric tons of beef in 2020, around double the 600,000 tons imported in 2016.

The largest country in the world looking to double its beef imports is enough to get any rancher’s attention, whether that rancher is from the U.S., Ireland, Australia, or any other country looking to boost its exports. However, that could also lead to more issues as the Chinese government uses its massive population as both a carrot and a stick at the negotiating table.

“They will not over-rely on an any one country or any one major supplier,” Lahiffe said.

The Chinese government itself might also have to adapt to keep up with their consumers’ exploding demand. Lahiffe, an Irish native who has been based in Beijing for more than seven years, said that the Chinese have approved three Irish beef plants to export to China after opening their borders to Irish beef earlier this year. Why just three plants? That’s all the Chinese officials who traveled to Ireland had time to visit. 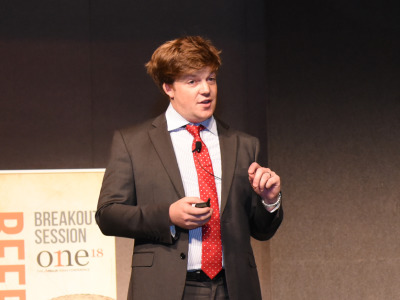 “China is moving from what we called the ‘Wild West,’ where anything was an opportunity and if you knew the right guy and you drank enough rice wine, anything was possible,” he said. “Now, we’re moving into an era of bureaucracy.”

Lahiffe said Ireland is projected to provide up to 3 percent of Chinese beef imports by 2020. While it’s true that a pound of beef China imports from Ireland – or any other country for that matter – is a pound that isn’t imported from the U.S., the American beef sector’s biggest hurdles might come as a result of activity within domestic borders rather than competition from international trade.

The lack of a widespread traceability system and the use of production inputs banned by Chinese government prohibit most of the beef produced in the U.S. from even being considered for Chinese import. Kent Bacus, an international trade expert for the National Cattlemen’s Beef Association, says the hiatus forced upon the U.S. after a bovine spongiform encephalopathy – also known as Mad Cow disease – scare in 2003 is also causing brand recognition issues for U.S. beef.

“Keep in mind, we were banned in that market for 13 years, so we have to redevelop our supply chains, we have to find those consumers, we have to be able to market our product to them, and then convince them that that’s the product they need to buy,” Bacus said in an interview with Agri-Pulse.

The U.S. getting its beef back into China was seen as a major victory for the young Trump administration last year. Ag Secretary Sonny Perdue even traveled to China, where he sliced into a Nebraska prime rib to celebrate the occasion. But the figures for Chinese demand for U.S. beef have been far from momentous. According to the U.S. Meat Export Federation, in March, China imported about $4.7 million worth of U.S. beef. By contrast, Japan, the top export market for U.S. beef, imported about $146 million worth. By volume, China accounted for about 0.5 percent of total U.S. beef exports.

The production restrictions are an obvious impediment to many U.S. producers, but Bacus says efforts are underway to “get those standards relaxed.” The U.S. must also overcome changes in the flavor profile of its product – most U.S. beef is grain fed, which offers a different taste than the grass-fed beef exported by many other countries. There's also the dicey economic relationship between the U.S. and China, something that seems to be changing on a tweet-by-tweet basis.

No matter the obstacles, the U.S., and other countries for that matter, will look to China for a huge amount of demand growth in the coming years.

“We think that China is the market of the future, and we’re in this for the long haul,” Bacus said.

“Once we start to get a foothold in that market, the sky’s the limit,” he added. “It’s a fifth of the world’s population, that middle class is bigger than the entire U.S. population, and they’re eating beef. They’re importing at volumes that we could have never imagined.”