Artificial intelligence leads Cargill’s vision for the future of farming

Jesús Ahumada manages nine shrimp farms in Guasave, Mexico, and for years he’s been using the same method to decide when the crop needs to be harvested – a mixture of experience and instinct. While he says he’s pretty good at it, he’s also the first to admit the computerized artificial intelligence system that Cargill helped install does it a lot better.

This system – iQShrimp – is a cloud-based software tool that transmits data captured on a mobile application to a live operations dashboard. It is being tested in pilot projects like the one on Ahumada’s farms and it is just one of the technologies on the front lines of Cargill’s quest to use complex systems that rely on artificial intelligence, machine learning and data-capture devices to make farm operations more efficient, sustainable and manageable, Cargill Chief Information Officer Justin Kershaw told Agri-Pulse in an interview.

Kershaw acknowledges that there are other major companies, including software businesses, that are designing software to help farmers, but he says they can't do what Cargill can.

“Microsoft or IBM or Dell – they’re technology companies of a different sort,” he said at Cargill's office complex in Washington where earlier in May he had attended a summit on artificial intelligence. “They write and build software, but they don’t work on farms every day like Cargill does. We think that puts us in a unique position where we need to take the responsibility to lead in this type of technology in this industry.” 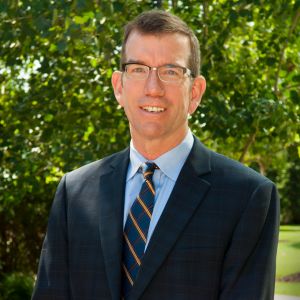 And Cargill, the largest privately held U.S. company and one of the biggest livestock-feed providers, has another unique reason to provide the most efficient technology. When the farms it serves do better, Cargill benefits. The shrimp farm that benefits from Cargill’s technology will learn to do more with less feed, but it will also thrive and expand and then need to feed more shrimp, Kershaw said.

"With the technology, farmers can make decisions from feeding to harvesting 1-3 times after, improving productivity, mitigating risk, and increasing profitability," he said. "Ultimately this may mean we sell less feed to that farmer but they will have a more valuable product while using less resources.” He stressed. “If you’re a shrimp farmer, feed is a significant input and Cargill is the feed company, but we also see it as our role to help that farmer be more efficient with their feed.”

Shrimp farms are just the beginning. Cargill also wants to make dairy producers, row crop farmers and others more efficient and profitable, and Kershaw says Cargill is doing just that.

A technology quickly appearing on dairy farms across the country uses remote sensors, Wi-Fi technology and artificial intelligence to help producers know when individual cows are feeling ill or are ready for insemination. The most popular systems on the market now require that farmers pin devices on each animal, but Cargill is going at it differently, Kershaw said. The company has partnered with Dublin-based Cainthus to create a monitoring system using cameras and face-recognition software that can distinguish between each cow and tell the farmer if an animal is showing signs of illness or is ready for insemination.

Cargill's technology is still in the pilot-program status, but indications from farmers show that there’s growing demand, especially with the promise that they'll be able to double their insemination success rate from an average of about 20 percent to more than 40 percent with the new systems.

Brett Reinford, who manages a herd of about 700 cows at Reinford Farms in Mifflintown, Pa., said he’s been in talks with technology providers and has already committed to investing in a system sold by Ohio-based Select Sires that involves pinning a device about the size of a D battery to a cow's ear.

“It’s really impressive technology,” Reinford said, adding that other farmers told him they’ve seen their insemination success rates rise to 45 percent. “I expect we’ll have it on our farm by the end of the year. It’s very expensive, but the payback – especially if you can get your cows bred at a higher percentage – is worth it.”

Reinford said he was recently at a meeting with another farmer when the man's phone began beeping. "He looked at it, showed me, and said: ‘This cow’s in heat.’ He texted one of the guys on his farm. It was all from his phone. That’s pretty cool.”

Kershaw predicted that when Cargill’s system is ready for commercialization it will surpass what he calls “cow Fitbits,” but the company is already looking beyond just using artificial intelligence to manage shrimp farms and dairy herds.

This year alone Cargill is working with 10 start-up companies to produce systems to revolutionize how data is collected and used by farmers, food retailers and others.

“Our sole focus is to look through the lens of our customers, whether they’re grocery stores, restaurants, row crop farmers or aqua farmers and use data to create solutions that enhance their value,” Kershaw said.