House Republican leaders have bought themselves some time to sort out the internal GOP feud over immigration policy before they try a second time to pass their farm bill.

The House approved a rule Tuesday that gives the leadership until June 22 to move to reconsider the farm bill, which failed 198-213 on Friday when 30 Republicans joined Democrats in voting against it.

Some members of the House Freedom Caucus who voted against the bill said they did so only because they saw it as leverage to get the leadership to schedule a debate on immigration policy. They are determined to shut down a discharge petition that could force a vote on legalizing Dreamers, immigrants who were brought to the country illegally as children.

The discharge petition, if it’s signed by a majority of the House, would trigger a vote as soon as June 25. Conservatives believe GOP leaders can head that off by calling a vote on an immigration bill sponsored by House Judiciary Chairman Bob Goodlatte, R-Va., even though it is not expected to pass. The Goodlatte bill would increase border security, require all employers to verify workers’ legal status with the E-verify system, and replace the H-2A visa program for farmworkers. Conservatives say the leadership has failed to act on previous promises to put such legislation on the floor.

“A lot of guys who voted no (on the farm bill) from the conservative side would be supportive if we get a resolution to the immigration issue that’s consistent with what the American people elected us to do. That is something very close to the Goodlatte legislation,” said Ohio Rep. Jim Jordan, a former chairman of the House Freedom Caucus. 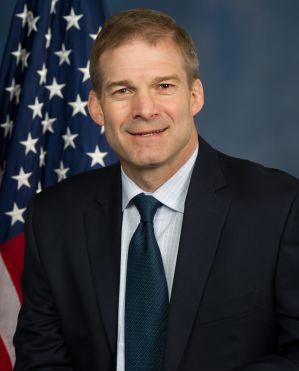 Rep. Tom Garrett, a Virginia Republican who voted for the farm bill, nevertheless defended his colleagues who voted against it because of the immigration issue. “Nobody took down the farm bill … There will be a farm bill, but ultimately we are trying to force people to be consistent with their word.”

Ryan insisted that he is trying to find “where the consensus sweet spot is” on immigration. “Our members come from various, different perspectives,” he said.

House Agriculture Chairman Mike Conaway, R-Texas, said it’s possible that the June 22 deadline could be moved again and that it isn’t clear when the House will vote on the bill. He said the legislation wouldn’t be changed to win support from Democrats, who say the legislation’s expanded work requirements for food stamp recipients are cruel and unworkable.

“I’ve got the votes, if we get the immigration thing settled,” Conaway said in an interview. “The issue Friday was immigration, not the bill.”

Conaway revealed that he was caught by surprise when the bill was voted down. “I did not know that there was a bluff being called,” Conaway said, referring to the GOP leadership’s decision to call the vote even though there apparently was no deal with the conservative hard-liners on immigration. “I would have agreed with it had I known, but I did not know that.”

Conaway said he realized he was short of votes when “I looked and we topped out at 198."

Senate Agriculture Chairman Pat Roberts, R-Kan., continues to eye June 6 as his date for his committee to act on its farm bill, even though he hasn’t yet reached agreement with the committee’s ranking Democrat, Debbie Stabenow, on some details of the legislation.

As for the impact of the House vote, he said, “It gives us a certain amount of impetus to keep doing what we’re doing and, hopefully, June 6 we can mark up a bill,” he said.

Ryan is not running for re-election, and the failure of the farm bill has fueled rumors that he may step down as speaker early. But House Majority Leader Kevin McCarthy, R-Calif., denies that he is angling to take over Ryan’s job early, and McCarthy defended him from criticism over the farm bill's defeat.

“You’re building something into a farm bill that we have to pass ourselves because it’s a work requirement,” McCarthy said, referring to the fact that Democrats opposed the bill because of its reforms to the Supplemental Nutrition Assistance Program.