The main question pondered at a Senate Finance Committee hearing last week on rural health care and hospitals: What do we try next?

The headwinds are strong against rural hospitals, said Finance Committee Chairman Orrin Hatch, R-Utah, as they struggle, on the one hand, to continue “a full range of inpatient, outpatient, and rehabilitation services” while the nation proceeds with its “steady, nationwide shift away from inpatient care.”

Hatch, noting the pleas from the event’s lineup of health care managers and planners, urged changes giving rural health facilities maximum “flexibility to design innovative ideas that are tailored to meet the specific needs of the communities.”

Sen. Ron Wyden, the panel’s top Democrat, agreed that rural hospitals face an uphill battle. He reported total U.S. health care spending at $3.5 trillion: “For that amount of money . . . it ought to be possible to guarantee that rural Americans aren’t on the outside looking in” to health care, he said.

On the matter of closings among the country’s 2,240 or so rural hospitals, George Pink, deputy director of the North Carolina Rural Health Research Program at the University of North Carolina and a witness at the hearing, updated the body count, so to speak: 125 have closed since 2005. Plus, he said, another will close next month: the Coalinga (Calif.) Regional Medical Center, a 24-bed acute care hospital with 200 employees, insolvent after losing $4.5 million in 18 months.

Another witness, Keith Mueller, director of the RUPRI Center for Rural Health Policy Analysis at the University of Iowa, reminded senators that Congress and planners such as himself have been redesigning Medicare, Medicaid and other health care policy target and programs for many years with an eye to strengthening rural care. RUPRI, which stands for Rural Policy Research Institute, was launched in 1992, and has since provided analysis behind the Medicare Rural Hospital Flexibility Program established in the Balanced Budget Act of 1997, the Medicare Prescription Drug, Improvement, and Modernization Act of 2003, and the Affordable Care Act (Obamacare).

Mueller said Americans’ health needs and care are changing and, fortunately, “we have some new tools, both in health care delivery and through public policy, to help . . . establish and sustain a high-performance rural health system.” 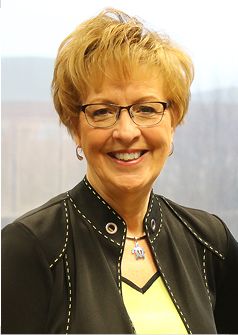 A key theme at the hearing was a shift from fee-for-service medical care to “value-based payments” that reward providers, especially for improving patients’ health instead of just repairing patients whose health fails.

There’s a giant difference between one approach and the other, advised Susan Thompson, chief executive officer for UnityPoint Accountable Care, which provides rural health care in Iowa, Illinois and Wisconsin. She reported on Trinity Regional Medical Center's Medicare Accountable Care Organization (ACO), which she recently oversaw and which is now a “next Generation ACO” intent on “improving the quality and lowering the total cost of care for approximately 10,000 Medicare beneficiaries” in northwest Iowa.

Thompson described a “dichotomy in the incentives that exist between those who operate under total cost of care (value-based) programs like ACOs, Medicare Advantage plans, and bundled payments, and their rural counterparts who operate under fee-for-service . . . while the former looks to keep members healthy and out of the hospital, the latter is rewarded when hospital beds are full of Medicare patients.”

Another witness, Konnie Martin, chief executive officer of San Luis Valley Health in Alamosa, Colo., declared that the same kind of transition to emergency care is what the facility she manages needs. 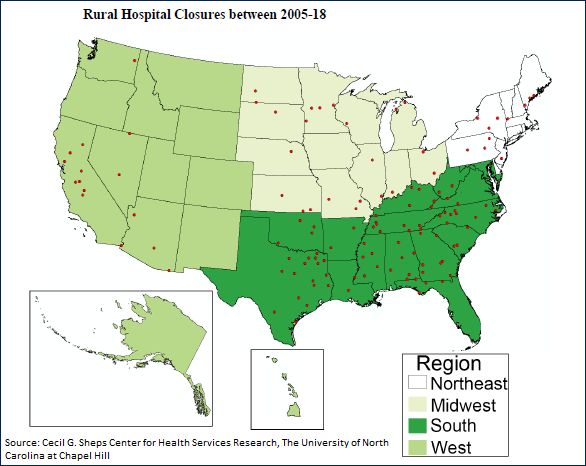 She and the other witnesses called for new economic models that guide rural health centers to more successful financial operations – such as a model proposed statewide in Pennsylvania and others designed by or in cooperation with the Centers for Medicare & Medicaid Services Innovation Center in Maryland.

Such new ways of running rural health facilities are what Mueller also recommended: Organize to create integrated care among centers with narrower, specialized roles; facilitate adoption of value-based payments; align Medicare payment and performance assessments with Medicaid and commercial payers; and develop rural-appropriate payment systems. The latter “should be sensitive to the rural practice environment, including population density, distances to providers, and need for infrastructure investment,” he said.

Rural centers do have it tough: U.S. median profit margin for critical access hospitals, at 2.6 percent, and other rural ones, at 2 percent, is about half, or less, than the 5.5 percent average for urban hospitals, said Pink.

But his rural health update was not all bad news. Nearly half of the 125 closed hospitals, he said, were able to switch to new health care roles: 18 percent converted to outpatient and primary care clinics, 22 percent became urgent or emergency care centers, and 6 percent morphed into skilled nursing facilities.