A closer look at the impact of the Bayer-Monsanto merger

Sometimes, in order to get what you want, you have to give a little. In the case of the latest consolidation in the agriculture sector, Bayer will have to give a lot to get a lot.

The German company, which has been working for about two years to buy Monsanto, agreed to divest nearly $9 billion worth of businesses and assets in order to gain U.S. Department of Justice (DOJ) approval of its $66 billion acquisition. It's the largest merger divestiture ever required by the DOJ.

Under the terms of a proposed settlement filed in federal court on Tuesday, Bayer will sell BASF its businesses that compete directly with Monsanto, including its cotton, canola, soybean, and vegetable seed businesses, as well as its Liberty brand of herbicides, which competes with Monsanto’s Roundup, DOJ said in a news release.

Bayer also is selling its digital agriculture business and its Poncho/VOTiVO seed-treatment franchise to BASF.

“Receipt of the DOJ’s approval brings us close to our goal of creating a leading company in agriculture,” Bayer CEO Werner Baumann said in a statement. “We want to help farmers across the world grow more nutritious food in a more sustainable way.” Bayer said it has now obtained nearly all the approvals it needs to close the deal and “expects to receive any outstanding approvals required for completing the transaction very shortly.” 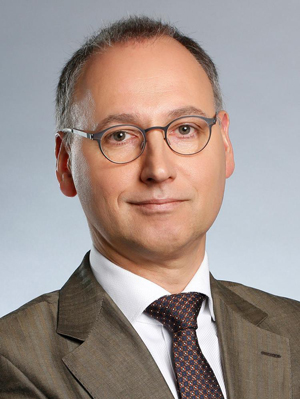 St. Louis-based Monsanto said in a statement it was "pleased the DOJ has cleared Bayer’s proposed acquisition... Receiving approval from the DOJ after a robust regulatory review is another important step as we work to close the deal. Through this deal, we look forward to accelerating much needed innovation, optimizing the tools farmers have on their farms and expanding the offerings that will be available to growers through broad licensing in the years to come."

Predictions about the merger’s impact on farmers have been debated since Bayer and Monsanto announced plans to get together more than two years ago. Senate Judiciary Chairman Chuck Grassley, R-Iowa, who has expressed serious reservations to DOJ about the merger, said Tuesday he was “grateful that the Justice Department undertook a thorough review in this case and I’m encouraged that it has put forward serious divestiture requirements and robust enforcement provisions to maintain a fair marketplace.” He also said he would be keeping a “close eye on consolidation within the agriculture industry and (insist on) vigorous enforcement of the antitrust laws.”

National Corn Growers Association CEO Chris Novak said in a brief statement that DOJ’s actions, including the required divestiture by Bayer, “have addressed many of the concerns” raised by NCGA last year. In a letter to DOJ in April 2017, NCGA said it was concerned about the consolidation of Roundup and Liberty herbicides in one company.

Opponents such as Food & Water Watch (FWW) and the National Farmers Union said Tuesday that despite the planned sell-off of Bayer assets, the deal is still bad for American agriculture.

Wenonah Hauter, FWW’s executive director, said that the DOJ should have blocked the deal.

“Farmers are already facing low crop prices and now they are likely to face higher prices for seeds and agrichemical inputs,” Hauter said. “The divestiture generally sold the weaker assets – Bayer’s vegetable seeds and precision agriculture technology (and data), which pale in comparison to Monsanto’s rival products. Even with the divestiture, BASF will not be able to rapidly absorb these new business lines and create a credible competitor in the hyper-consolidated seed market."

NFU President Roger Johnson also was critical, saying that “while we appreciate the significant divestitures agreed to as part of this approval, Farmers Union condemns DOJ’s continued rubber-stamping of mergers in the food and agriculture arena. We will now focus our efforts on ensuring the promises made by Bayer and Monsanto throughout this approval process are kept. The company must continue to increase the productivity of American family farmers by delivering localized solutions in seed, trait, and crop chemical innovation.”

The Justice Department said the agreement it has reached with Monsanto and Bayer contains “robust enforcement provisions” to ensure that the companies adhere to its conditions.

“This needs to be watched,” said Chris Hurt, an agricultural economics professor at Purdue. “We need to make sure we always have effective competition.”

Justice Department officials said that the conditions for approval largely track those required by the European Commission, the European Union’s governing arm, which conditionally approved the union of the two companies in March.

Bob Young, president of Agricultural Prospects and former chief economist at the American Farm Bureau Federation, said that “when you recognize that DowDuPont had gone forward already,” it made sense to create another large company to compete with it. “If you’re going to have one of these seed-chemistry firms you want to have at least two of them."

The Justice Department, he said, has worked to make BASF as strong a competitor as possible. And the union of Bayer and Monsanto should open up opportunities for smaller companies, he said.

Hurt said there will be the inevitable “lament” in farm country about the loss of a U.S.-owned company. But as far as competition goes, “Two (companies) can be enough – if they compete,” he said.

Craig Ratajczyk, CEO of the Illinois Soybean Association, said it’s too early to tell what the effects of the merger will be. “I don’t think we know,” he said when asked whether the merger will be good or bad for farmers.

One possible advantage might be that the size of the new firm could help move plant traits through the regulatory process faster, in the United States, Europe and China, he said.

In the end, however, Ratajczyk said all he can do is “hope for the best,” including new technologies that work better than those already being used.

Under the terms of the deal, Bayer has until June 14 to close its purchase of Monsanto. The firm is still awaiting approval from Canada and Mexico.