Who’s counting, anyway, as scientists regularly announce gene editing successes that directly or indirectly enhance the health of crops and livestock or spur their growth?

Well, Megan Hochstrasser, for one. She’s the science communications manager for the Innovative Genomics Institute at the University of California-Berkeley and participated this week in CRISPRcon, a conference in Boston on gene editing. She’s keeping a ledger of published research reports of successful uses of CRISPR, an increasingly popular process of gene editing that uses strands of RNA to delete or alter genes within a cell nucleus, to alter the genetics or any organism.

Her tally is mounting swiftly and, for the moment, is 253, she reports. The leading category: microbes, including pathogens that scientists would like to take down a notch or two for the sake of human, animal and plant health. Her count also includes farm animals – chickens, cattle, goats, pigs, and sheep – along with dogs and rabbits, plus common research species (mice, rats, guinea pigs). Researchers, for example, are producing piglets resistant to viruses and new strains of hornless cattle. 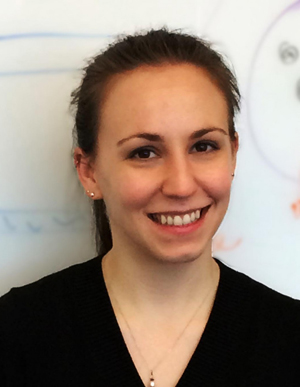 Hochstrasser plans to publish a detailed report on her CRISPR inventory later this year. It’s her part-time project, so “it's definitely a few months off,” she said. CRISPR, by the way, stands for Clustered Regularly Interspaced Short Palindromic Repeats.

What’s more, processes other than CRISPR have emerged for cutting and pasting genes within cells. A team of British and American scientists, for example, report using a somewhat similar and increasingly common technique, transcription activator-like effector nucleases (TALEN), to open a chicken’s primordial germ cells to unlimited editing. The development, they reported, “is posited to control avian germ cell formation.”

In avian research, however, notes Dan Jenkins, the Biotechnology Innovation Organization’s senior director for food and agriculture, the usual gene editing techniques are stymied by the structure of eggs, which include a membrane protecting the yolk; it restricts scientists’ access to the ovum or the early blastocyst (stem cells) and restricts them from implanting gene edited cells into eggs.

Nonetheless, he says, “gene editing is being explored in probably most all agricultural mammalian and aquaculture applications.”