If the Trump administration goes ahead with a reported plan to move USDA food assistance programs to a renamed welfare department, it will run counter to the advice of one of the wisest Republican officials to serve agriculture in Washington.

The late Purdue agricultural economics professor Don Paarlberg suggested in a thoughtful paper written for the incoming Reagan administration’s transition team in 1981 that, if the new appointees hoped to reorganize government agencies, they do it in the first year to avoid disrupting ongoing operations, thus minimizing opportunities to pursue their own agenda with those agencies’ programs.

The advice from Paarlberg, who served GOP administrations as chief economist and assistant secretary at USDA, has been honored in the breach before and after his time.

If history is a teacher, an ambitious reorganization scheme said to be ready for release by the Office of Management and Budget by the end of July will be greeted either by inertia or by strenuous opposition from interest groups and members of Congress. Moving nearly $100 billion in USDA food programs to the Department of Health and Human Services is one of the most ambitious elements in the plan, according to stories in both Politico and Government Executive magazine. The scope of the proposal has not been independently confirmed. 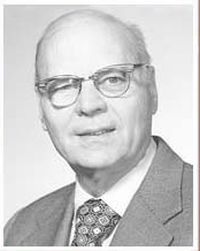 Clues about the extent of a reorganization plan might be found in a Heritage Foundation proposal late last year. Heritage suggested that the $73 billion Supplemental Nutrition Assistance Program and $23 billion in child nutrition programs be shifted to , which is responsible for a range of other assistance programs.

“Congress should move the work of the Food and Nutrition Service (FNS) to … , the primary welfare department of the federal government,” Heritage asserts. It says that USDA “has veered off of its mission by working extensively on issues unrelated to agriculture” and by “moving this welfare function to , the USDA will be better able to work on agricultural issues impacting all Americans.”

OMB Director Mick Mulvaney, a longtime advocate of downsizing government during his time in Congress, last year directed agencies to submit plans to reorganize in order to reduce federal employment. That directive could further affect USDA if the proposal follows the Heritage Foundation blueprint.

Heritage calls for shrinking the Farm Service Agency by eliminating direct payment and sugar and dairy programs, ending Risk Management Agency approval of revenue insurance, and doing away with the Agricultural Marketing Service, Center for Nutrition Policy and Promotion and the Rural Business and Cooperative Service.

The history of such reorganization proposals in the modern era, especially as they affect USDA, has not been one of success with a noteworthy exception – the removal of border inspectors from the Animal and Plant Health Inspection Service (APHIS) to the new Department of Homeland Security when it was created in the wake of the 9/11 attacks.

A prospective transfer of USDA food programs to would not fare well because of “the politics on the Hill,” says Dale Moore, vice president for public affairs at the American Farm Bureau Federation, who was chief of staff to former Secretary of Agriculture Ann Veneman during the first Bush Administration.

Moore recalls how Veneman helped torpedo an administration and congressional proposal to transfer the entire APHIS agency to a new Homeland Security Department in early 2002. Tom Ridge, who would head the new agency, dropped the idea after Veneman pointed out that he would then be responsible for fighting the plum pox virus in addition to searching for terrorists, Moore points out.

Obama administration planners who sought to consolidate international trade programs in a new Department of International Trade and Commerce met a similar fate. Opposition including the Office of the United States Trade Representative and USDA’s Foreign Agricultural Service generated a thumbs-down reaction from farm organizations and their congressional allies. “That lasted about 48 hours” before the opposition from farm lobbyists and their Capitol Hill allies became apparent, Moore said.

Through several administrations of both parties, efforts have been made to consolidate USDA Food Safety and Inspection Service (FSIS) meat and poultry safety programs with those of the Food and Drug Administration (FDA), either within FDA or in an independent food safety agency. All those also have come to naught.

Over the years, critics of USDA also have suggested that its rural development programs could be transferred to the Small Business Administration or the Department of Housing and Urban Development (HUD) and the Forest Service moved to the Interior Department. “If you moved trade to State and all those other ideas,” Moore observes, “pretty soon you’d be down to farm programs.” With such a narrow focus, longtime USDA watchers have speculated, it would be hard to justify cabinet status.