Mexico’s new 350,000-metric-ton quota for tariff-free pork imports is full and none of that meat will likely be provided by U.S. producers, according to officials at USDA’s Foreign Agricultural Service. The quota was briefly seen as a potential lifeline for U.S. pork exporters, who were hit last week by Mexico with a 10 percent tariff that increases to 20 percent on July 5.

It was on June 5 that Mexico followed through with a promise to hit back against U.S. steel and aluminum tariffs by punishing the U.S. ag sector. Mexico slapped tariffs of 10 to 20 percent on U.S. pork, cheese, apples and frozen French fries. President Donald Trump said he imposed the steel and aluminum tariffs on Mexico and Canada because they did not agree to U.S. demands as the three countries renegotiated NAFTA.

Mexico originally announced that U.S. shippers would be eligible to provide pork in the quota, but FAS officials tell Agri-Pulse that won’t happen.

This week, however, Mexican officials are saying that the quota has already been fully allocated to Mexican importers who had indicated that they intended to source all products from Latin America and Europe, according to FAS officials.

That will be great news for the European Union, home to some of the largest pork-producing and pork-exporting countries in the world.

Spain, which exports about half of all the pork it produces, is definitely interested in gaining market share in Mexico, said Begoña Nieto Gilarte, Spain’s counselor for U.S. and Canadian agricultural issues.

“The (Spanish) producers will probably take advantage of this opportunity because we have everything ready,” she told Agri-Pulse. “As we are one of the most important pork producers in the world, for us the Mexican market is very important. Our expectation is that (Spanish) producers are going to export to Mexico.”

Spain exports about 1.5 million metric tons of pork per year, according to USDA data, and most of that meat is sold to France, China, Italy, Portugal and Japan.

The revelation that Mexican importers will solely be using the quota to buy from Latin America and Europe will come as welcome news to Denmark, also a major pork-producing and pork-exporting country.

Brazil, other competitors aim to win U.S. export markets
Brazil to open quota for US wheat and accept US pork
US pork fears losing Mexican market to Mexico

Troels Mandel Vensild, the ag counselor at the Danish Embassy in Washington, said Danish pork producers had been pessimistic about the quota because they assumed Mexican buyers would use it to buy U.S. product.

European pork exporters are normally subject to Mexican tariffs ranging between 15 and 20 percent, and that has traditionally been enough to limit their ability to compete with U.S. exporters. Up until last week, the U.S. could ship unlimited amounts of pork to Mexico with no tariffs, thanks to a provision in the North American Free Trade Agreement.

One country that will not benefit from the pain of U.S. pork producers is Canada, said John Ross, executive director of the Canadian Pork Council. In fact, Ross stressed that Canadian producers will also suffer because they are so tightly integrated with the U.S. industry. 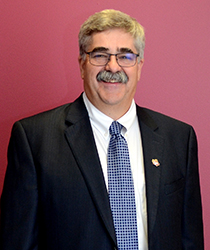 Canadian pork producers count on sending much of their live swine to the U.S. for finishing or direct slaughter, and that trade could suffer if the U.S. industry is severely injured.

“We have a really nice integrated market where product goes where it’s supposed to go,” he said. “It’s profitable and we really, really like that … Between us and the United States, we’re flipping $1 billion of product back and forth. When you start to put bumps in that integration, then that’s not good for anybody.”

The extent of the damage from the Mexican tariffs to U.S. pork producers is still unknown, according to industry representatives. Even if Mexicans used all of the quota to buy U.S. pork, that would still be less than half of the 800,000 tons that the U.S. normally exports to Mexico in a year. If Mexican importers follow through with plans to only use the quota to buy non-U.S. product, all U.S. exports will be subject to 10 and then 20 percent tariffs for as long as they are in place.

“The toll on rural America from escalating trade disputes with critically important trade partners is mounting,” said NPPC President Jim Heimerl in a recent statement. “Mexico is U.S. pork’s largest export market, representing nearly 25 percent of all U.S. pork shipments last year. A 20 percent tariff eliminates our ability to compete effectively in Mexico. This is devastating to my family and pork producing families across the United States.”