“Some deterioration in credit quality” for borrowers in the agricultural sector is evident in a new set of financial indicators of the Farm Credit System () posted last week by the system’s federal regulatory agency, the Farm Credit Administration (FCA).

Although the farm sector “is going through kind of a rough spot right now,” says Steve Gabriel, FCA’s chief economist, the decline in creditworthiness is small and gradual over the past year. “First of all, the credit quality issues were at very low levels coming into this period,” he says. Indicators of stress “are starting to increase but very gradually.”

Gabriel credits the relatively healthy financial picture to “lots of restraint, not only by Farm Credit but other lenders as well. They learned their lesson back in the 1980s. There is nothing remotely resembling what we experienced in the 80s,” he adds.

Separately, the agency’s staff last week gave the FCA Board its quarterly appraisal of economic issues affecting agriculture and updated ’s condition as of March 31. showed “strong earnings, higher capital levels and favorable portfolio credit quality” in the first quarter,” it said. “Overall, it is financially strong and remains safe and sound.” 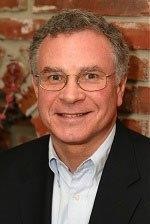 “Looking at forecasts, we don’t see any big bumps coming,” Gabriel said in an interview. “But that assumes normal conditions and we know that’s not going to happen. There are lots of unknowns. We could see back-to-back bad weather years and could have a spike in prices. A big change in ethanol policy could be a big source of demand. China is said to be ramping up ethanol; if that were to take off, it could be big source of demand.”

However, he says a status quo outlook – “normal yields, fairly subdued commodity prices for grains and soybeans and interest rates rising – is going to put pressure on land values and cash flows. There likely will be pressure on producers to tighten their belts.”

The indicators show that the Farm Credit System is “really well capitalized,” Gabriel adds, and “pretty well positioned” to continue financing agriculture. Its total assets at the close of the first quarter were $333 billion, up from $320 billion at the same point last year.