House Republican leaders are promising to put a bill on the floor this month to address farmers’ demand for more workers but the fractious immigration debate in June suggests that passing an ag labor measure won’t be easy.

The bill the House will debate hasn’t been released yet, but it’s expected to include a replacement for or expansion of the existing H-2A visa program, plus a requirement that all employers, including farms, start using the E-Verify system to check the legal status of their workers.

Last month, supporters of a compromise immigration bill that would have provided legal status to Dreamers - adults who were brought to the country illegally as children - considered adding the E-Verify and ag labor provisions to the measure to attract Republican support. GOP leaders got critical backing from the American Farm Bureau Federation for the strategy.

But GOP lawmakers say the provisions, which included House Judiciary Chairman Bob Goodlatte’s proposal for a new H-2C ag labor visa program, were ultimately kept out of the Dreamer legislation because they would have cost the bill as many votes as they would have gained. On June 27, the bill failed badly on the floor, 121-301.

A leading backer of the Dreamer bill, Rep. Jeff Denham, R-Calif., noted that the ag labor provisions didn’t have the backing of either the California Farm Bureau Federation or the Western Growers Association.

Goodlatte’s H-2C program, which would require all foreign workers who are in the country illegally to apply for visas, is considered too restrictive by farm groups the way it is written. The program, among other things, would require all workers to have health insurance and to return to their home countries for periods of time.

“We’re looking forward to negotiating something that can actually pass on the floor,” Denham said of the coming ag labor debate. 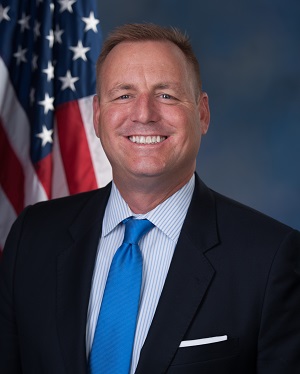 The problem faced by farms groups on a standalone bill is that Democrats oppose the H-2C plan as too harsh and Republicans aren't united on the issue. Some conservatives have long argued that foreign workers are unnecessary and they worry that workers will overstay visas. Goodlatte was able to get a H-2C bill out of committee last fall only because some of panel’s most conservative members stayed away from the vote.

But Newhouse believes there is still a good chance of passing an ag labor bill in the House. “This may be our best chance that we’ll have in a long time. All my Republican friends need to recognize that and really seize this opportunity, because I’m not sure it’s going to get any better,” he said.

Dale Moore, vice president of public affairs for the American Farm Bureau Federation, acknowledged that “there’s a pretty steep hill to climb” to pass an ag labor bill. But he said, “We can’t simply give up because it looks too tough.”