Farm groups desperate to address the agricultural labor shortage are lobbying Republicans to include farm labor provisions in any legislation the House votes on this month.

It isn’t an easy sell. Adding farm worker provisions to an immigration bill could further complicate an issue that has already fractured the House GOP caucus, and stalled the GOP farm bill in the process.

The House GOP conference has scheduled a two-hour meeting on Thursday to discuss the path forward. In May, a group of moderate Republicans, several of whom face close re-election races in November, helped organize a discharge petition that could force the House to vote on legislation to legalize Dreamers, adults who were brought to the United States illegally as children but were allowed to live and work legally under the Obama-era Deferred Action for Childhood Arrivals program.

Some conservatives sought to head off the DACA vote by refusing to vote for the farm bill until the House first debated a broader immigration bill developed by House Judiciary Chairman Bob Goodlatte, R-Va. The farm bill failed, and the discharge petition was only three signatures short Tuesday afternoon of having the 218 necessary to get a DACA vote, forcing Republican leaders to find some sort of solution that can satisfy the House GOP conference. 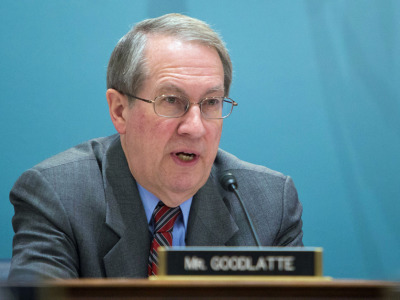 Paul Schlegel, managing director of public policy and economics for the American Farm Bureau Federation, said it’s critical that the House address farm labor needs in whatever legislation is ultimately debated. At the very least, legislation should liberalize the existing H-2A guest worker program to allow it to be used for year-around labor needed by dairy and other livestock operations, he said.

Another provision that could help would be to allow farmers with H-2A workers to provide them with vouchers they can use to rent their own housing rather than the growers being required to provide the housing themselves, according to Schlegel.

“If the House is going to take up legislation on immigration we feel that it’s imperative that agriculture be addressed. It may be narrow. It may be small. . … The answer we won’t accept is ‘no.'” Schlegel told Agri-Pulse.

Those changes to H-2A would do nothing to address farmworkers who are in the country illegally, but even modifying H-2A would be a heavy lift for farm groups’ allies in the House.

Rep. Dan Newhouse, a former Washington state agriculture director who has emerged as a leader in the GOP conference on farm labor issues, told Agri-Pulse that any legislation that can pass the House is likely to be relatively narrow in scope.

He would like to do more. “I don’t want to close the door on the potential of getting a larger fix” for agriculture, which might require a standalone bill," said Newhouse. “The more things you add onto a DACA fix the more difficult it becomes” to pass the DACA bill.

Recent remarks by House Majority Leader Kevin McCarthy in an interview with Fox News suggest that a new GOP immigration bill would in fact be relatively narrow. “We have been in the room, working together, conservatives, moderates and others, to be able to put an immigration plan together that protects our border, secures the border, ends catch and release, and deals with the DACA situation,” he said.

Still, Goodlatte has been making changes to his bill in order to broaden its GOP support, which will require addressing growers’ concerns about its agricultural provisions.

His bill would replace the H-2A with a broader H-2C program that could legalize existing farm employees, as well as create a way of bringing in year-around foreign workers. However, farm groups have been pushing against “touchback” provisions that require existing workers who are in the country illegally to return to their home country temporarily to qualify for legal status.

According to a summary of the proposed changes, Goodlatte is offering to soften the touchback requirements in several ways, including by allowing workers to have their cases adjudicated before they leave the United States. Another provision in the bill that alarmed farm groups would require all foreign farmworkers to have health insurance. According to the summary, that provision is now “under discussion.”

But given the difficulty of passing any immigration legislation this year, including one with H-2A reforms, farm groups have also focused on some modest steps the administration can take.

Newhouse, a member of the House Appropriations Committee, added a provision in the fiscal 2018 omnibus spending bill that allows USDA’s Section 514 rural housing loans to now be used to build housing for H-2A workers. Before the bill passed, the loans could not be used for housing foreign workers. Section 514 loans can be made for up to 33 years at 1 percent interest.

Meanwhile, the Trump administration is preparing a proposed rule that seeks to streamline the H-2A farmworker visa program, at least in part by creating an online portal operated by the Agriculture Department to process farmers’ applications for workers.

Producers would welcome that, but there is some nervousness about the administration’s plan to create incentives to encourage farmers to check the legal status of workers through the E-Verify system. The concern is that farmers who decline to use E-Verify could be stuck with a more cumbersome H-2A process.

As an endorsement of the proposed new role for USDA in the H-2A application process, Newhouse inserted language into the report that accompanies USDA’s fiscal 2019 House spending bill that directs USDA to set up the online portal.

“There’s generally a higher level of confidence in the ag community that USDA would have a more proactive, responsive approach to make sure H-2A works as well as it can,” Newhouse said.