The fate of the farm bill this year may hinge on whether House and Senate negotiators can find a compromise on tightening work requirements for food stamp recipients in ways that don’t drive away Senate Democrats.

One way to do that might include putting in more accountability measures for states and Supplemental Nutrition Assistance Program recipients who are already required to work at least 20 hours a week but often don’t.

Robert Doar, a leading conservative advocate for tightening work requirements with the American Enterprise Institute, supports the House-passed farm bill, which would increase the number of adults subject to work requirements to include people in their 50s and parents of children over the age of 6. Doar advised House Speaker Paul Ryan and his staff on welfare reform proposals, including the GOP approach to work requirements.

He doesn’t think the Senate bill would do enough to move unemployed SNAP recipients into jobs. Doar would like to see a House-Senate compromise that would at least strengthen the existing rules through several possible means, including requiring SNAP recipients to re-certify their eligibility in person more frequently. SNAP recipients who aren't elderly or disabled now must be re-certified once a year, a process that is often done over the phone. Critics would counter by noting that requiring more frequent recertification would significantly increase the workload on already burdened state agencies.

States could also be held accountable for having unusually high rates of unemployed, work-capable adults who get benefits, Doar says.

“There’s an opportunity here, if the Senate is reasonable, to do something that would allow the supporters of work requirements to say we made a significant step forward in bringing more work to these individuals who would benefit from earnings, and the SNAP program is going to help make that happen,” said Doar, who ran New York City’s Human Resources Administration under then-Mayor Michael Bloomberg and is a former state social services commissioner for New York state. 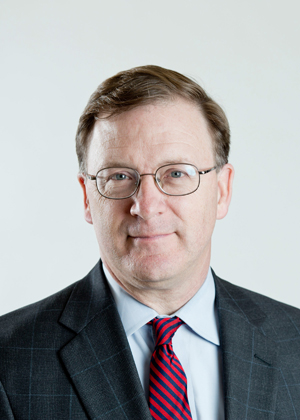 Leaders of the House and Senate Agriculture committees plan to meet next week as negotiations on the final farm bill begin, and there will likely be some discussion about the SNAP work rules, said Agriculture Chairman Pat Roberts, R-Kan. “We’re trying to figure out what does each side need?” Roberts said he already has had some discussions about the issue with Republican colleagues and his House counterpart, Mike Conaway, R-Texas.

Under current law, able-bodied adults from 18 to 49 are required to work or participate in an approved training program at least 80 hours a month, or 20 hours a week.

Under the House bill, about 17 percent of SNAP enrollees would be subject to work requirements. Of those, an estimated one in four would leave the program if the House provisions were enacted, according to the Congressional Budget Office. By 2028, the bill would reduce SNAP enrollment by an estimated 1.2 million people.

The House bill would continue to allow states to exempt a portion of their work-capable SNAP recipients from the work rules and to request waivers from the work requirements for geographic areas with high unemployment. But the legislation would mandate, at a cost of $1 billion a year, that states offer employment and training programs (E&T) to all recipients who want to participate.

The Senate bill leaves the current work rules in place while attempting to improve the existing employment and training programs and expanding the pilot projects that were authorized by the 2014 farm bill to test varying approaches to helping SNAP recipients find jobs or better-paying employment.

Under the Senate bill, for example, state agencies that run SNAP programs would be required to consult with local employers or state workforce development boards to design E&T programs that meet local needs. New work and training programs operated by private employers or non-profit organizations also would be permitted.

The bill would provide $185 million for new E&T pilot projects that would target older workers, ex-inmates, former addicts, homeless and other hard-to-employ groups.

The Senate bill also includes provisions, similar to the House bill, that are aimed at reducing waste and fraud in SNAP. One provision would create a national data clearinghouse to prevent people from collecting SNAP benefits in more than one state at the same time. Another provision would eliminate the bonuses that states have been receiving for lowering their error rates. Investigators found evidence that some states were manipulating data and hiding errors to qualify for the bonuses.

The Senate bill passed overwhelmingly, 86-11, on June 28, but Roberts lamented afterward that the margin might have been even larger had he done a “better job of explaining the nutrition title” to fellow Republicans.

“If you look at what we did without the backdrop of the House it is terribly significant, and it’s right on the money of getting integrity into the program. We didn’t talk about that much,” Roberts said. 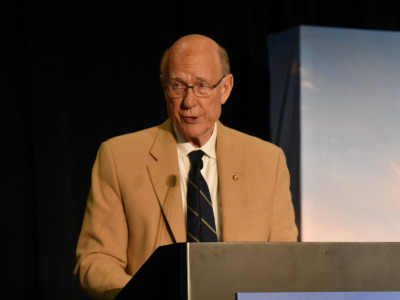 Anti-hunger advocates are much more supportive of the Senate version's SNAP work provisions than the House bill's.

“Policymakers should use the bill’s SNAP measures as the basis for the final bill and should discard the House’s partisan provisions, which would increase hunger and hardship and further widen the nation’s economic divide,” he added.

Doar, however, said the Senate wouldn't go far enough in "encouraging and requiring work among non-working able-bodied working-age adults who could work, and could be encouraged to work, by a program that really hasn’t done very much about work in the last 10 years,” he said, referring to the period since the last recession.

But Democratic support will be critical to enacting a new farm bill this year. A final conference report would need at least 60 votes in the Senate to overcome a filibuster. Republicans only control 51 seats, and 11 Republicans voted against the bill last month.

The Senate Agriculture Committee’s top Democrat, Debbie Stabenow of Michigan, has declined to comment when asked whether she would oppose any changes in SNAP work rules.

House Republican leaders believe that Senate Democrats up for re-election this year will be hard-pressed to resist any modifications to SNAP work rules, and House Agriculture Chairman Mike Conaway, R-Texas, told Agri-Pulse that tightening work requirements is a “big deal” to his fellow Republicans. The House bill passed 213-211 with no Democratic support. If Conaway can’t hold his GOP votes together, he too, may need help from Democrats like Collin Peterson.

President Donald Trump hasn't yet threatened to veto a final farm bill that doesn't contain tighter work rules, but his Council of Economic Advisers issued a report July 12 timed to give a boost to the issue in the farm bill negotiations.

The strong economy makes it an ideal time "for expanding work requirements among non-disabled working-age adults in social welfare programs," the report said. "As was the case in the period of welfare reform in the mid-1990s, current labor markets are extremely tight and unemployment rates are at very low levels, even for low-skilled workers."

The report cautioned that some SNAP recipients could be unfairly harmed by the work rules, "which is why it is important to design requirements carefully and to support recipients overcoming barriers to employment (e.g., lack of access to childcare, mental illness, or criminal records)."

There are many other differences in the nutrition titles of the House and Senate farm bills that negotiators will try to resolve in the coming talks. Those issues include an amendment to the House bill sponsored by Rep. John Faso, R-N.Y., that would allow state agencies to use private contractors to determine whether people applying for SNAP benefits are eligible.

Thirteen Republican governors, including Kim Reynolds of Iowa, Pete Ricketts of Nebraska and Scott Walker of Wisconsin, have appealed to lawmakers to allow them to use third-party services for SNAP administration.

“Current federal laws and policies, for example, prohibit the use of private-sector workers for certain administrative functions,” the governors said in a letter to lawmakers. “In many cases, these functions could be performed more effectively and affordably through private-sector partners or non-profit organizations while the state retains oversight.”

Critics of the proposal say that contracting resulted in backlogs and other problems when it was tried in Indiana and Texas.