USDA unveils $12B plan to help farmers suffering from tariffs

The USDA on Tuesday rolled out an outline of a $12 billion assistance plan for farmers amid growing anger from lawmakers and farm groups over the impacts of foreign tariffs on agriculture commodities. The announcement came as China’s State Council announced that it would adopt a “more proactive fiscal policy” and would speed up raising and spending about $199 billion (in U.S. dollars) for local government, designated to be spent on infrastructure and counter the ongoing trade dispute, according to the South China Morning Post.

More details on the U.S. plan - a three-pronged approach that includes direct payments to farmers, a massive commodity-purchasing spree and aid in finding new foreign markets - will be revealed in the weeks to come, but for now Agriculture Secretary Sonny Perdue told reporters that the plan should show the ag community and rural America that the Trump administration has not forgotten them. He said the support was necessary to send "a firm statement that other nations cannot bully our agriculture producers.” 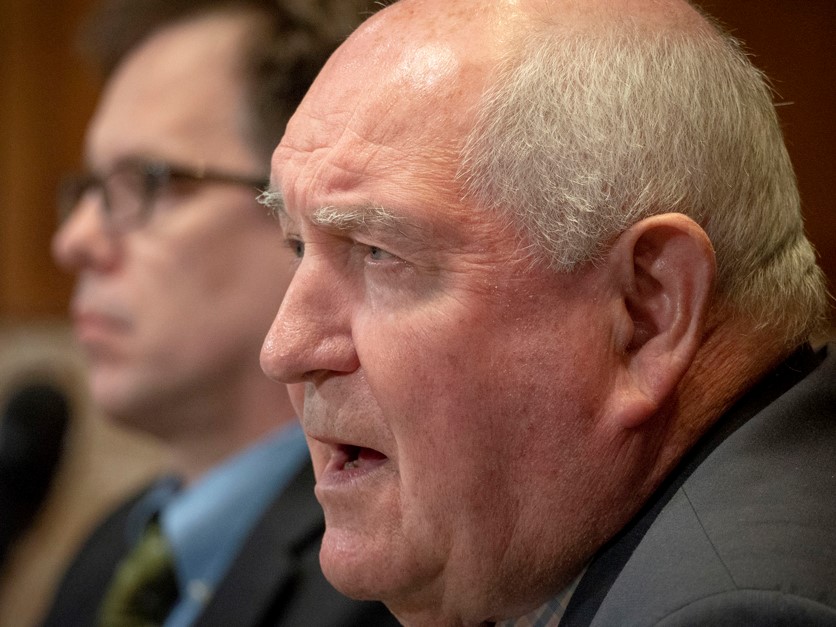 “What this will do is provide some hope to farmers and ranchers that the president and the secretary do have their back,” said USDA Undersecretary for Marketing and Regulatory Programs Greg Ibach. “We hope that it will allow time to conclude trade negotiations that will indeed open those markets and restart trade.”

Mexico, Canada, the European Union, China and Turkey have all hit the U.S. with retaliatory tariffs on farm commodities in response to U.S. steel and aluminum Section 232 tariffs that the Trump administration says were levied to protect national security. Separately, China has placed tariffs on $34 billion worth of U.S. soybeans, corn, wheat, sorghum, pork, beef, nuts, fruit, vegetables and many other products in response to U.S. Section 301 import taxes meant to punish the country for intellectual property theft.

U.S. pork has been hit particularly hard, weathering Chinese retaliation to the Section 232 and 301 tariffs. Mexico is also levying a 20 percent tariff on U.S. pork.

Ibach, USDA Chief Economist Robert Johansson and other officials all stressed to reporters on Tuesday that the program – which will authorize up to $12 billion in aid - is only designed to be short-term assistance while Trump’s trade battles are being waged, but the situation with China is escalating.

Trump, angered over the Chinese retaliation, announced he would hit China with import taxes on another $200 billion worth of Chinese goods, and trade officials said those would go into effect as early as September. Last Friday, Trump said he was “ready to go to $500 (billion).” On Tuesday, he tweeted that “tariffs are the greatest.” (See complete tweet below).

USDA Trade Counsel Jason Hafemeister stressed that the assistance program will not be a long-term fixture at USDA that bleeds into 2019.

“This is a short-term bridge to help the president successfully negotiate these deals,” he said. “We don’t expect this to persist into another year.”

But that only leaves a few months to get the $12 billion into the hands of farmers and ranchers who will not be able to begin to sign up for the bulk of the assistance until September.

The program is split into three parts, including a Market Facilitation Program that will rely on the Commodity Credit Corporation to provide the funds for direct payments to soybean, sorghum, cotton, corn, wheat, dairy and hog producers. Another part is the Food Purchase and Distribution Program that allows the USDA to purchase surplus commodities that would have been exported if not for tariffs. The third part is the Trade Promotion Program, in which USDA officials say the department will lean on the private sector to help develop new foreign markets to replace the ones the U.S. is losing in its trade wars.

Some U.S. soybeans are still flowing to China despite the country’s 25 percent import tax, but most Chinese buyers are shunning the U.S. in favor of Brazil. That’s forcing the U.S. to sell to buyers in countries like Iran that usually shop in other markets.

House Agriculture Committee Chairman Mike Conaway told reporters he supports the Trump administration’s trade battles and lauded the USDA for its announcement of the assistance package.

“This is a good step,” he said. "We’ve got guys out there who are in desperate straits, particularly the soybean guys. … This is the right fight to have, but in the meantime our producers have to … live with all these fights going on.”

But other lawmakers were not so supportive.

“Given the low prices farmers have been facing, the tariff situation is making things worse for producers as we speak,” said Senate Agriculture Committee Chairman Pat Roberts. “Trade remains the single best solution to the tough economy in farm country. I will look closely at the president’s assistance proposal, but I hope that the administration is also working to quickly resolve the tariff situation and restore the export markets our farmers, ranchers, and growers rely on.”

While farm groups generally expressed gratitude, many also stressed the need for the trade conflicts and tariffs to end.

“We urge the administration to recognize this self-inflicted damage and to end the trade war immediately as well as to work within the rules-based trading system in partnership with like-minded countries to address serious problems in the global economy,” the U.S. Wheat Associates and the National Association of Wheat Growers said in a joint statement. “We will also be closely engaged with administration officials as the details of the announcement made today are developed.”

American Farm Bureau Federation President Zippy Duvall described the announcement as a “welcome measure of temporary relief” but also noted that, while, “this announcement is substantial, but we cannot overstate the dire consequences that farmers and ranchers are facing in relation to lost export markets. Our emphasis continues to be on trade and restoring markets, and we will continue to push for a swift and sure end to the trade war and the tariffs impacting American agriculture.”

Conservative groups like The Heritage Foundation were far more critical. “The Trump administration’s plan to provide $12 billion in aid to farmers and ranchers is a misguided attempt to mitigate the harm caused by its tariffs at the expense of taxpayers. Bad policy doesn’t justify more bad policy, yet this is exactly what is happening,” said Tori Whiting, The Heritage Foundation’s Jay Van Andel trade economist.