Any good real estate agent will tell you that land market value comes down to location. But for farmland, the value is closely related to the price tag of commodities that can be produced there. With trade issues driving down American commodities’ values, many are left wondering whether it’s a good time to sell their land.

Randy Dickhut, senior vice president of real estate operations for Farmers National Co., says that while only time will tell, now may be as good a time as any to do business. Still, farmland markets have been soft overall since peaking in 2013, and real estate experts recommend carefully studying any potential purchase for agricultural return on investment.

In Iowa, agents reported less land was being sold, which worked to sustain higher prices for good quality land. Dickhut told Agri-Pulse the small supply of land is a main factor in keeping values up.

“After the peak in land prices the number of auctions in Iowa dropped 50 percent," Dickhut said. "Auctions are a leading way of selling land in Iowa –more so than even some other Midwestern states. There’s just not been as much for sale. I think after those peak years there was just some uncertainty and it dropped to some degree. People decided to hang on to their land instead of capturing that high price, being it was moving down some.” 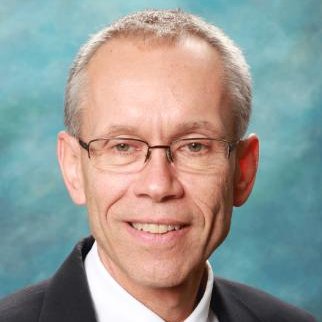 In 2017, Iowa agricultural land increased in value for the first time in five years, according to Iowa State University’s annual Land Value Survey Overview. The tight Iowa farmland market loosened a bit and showed a 2 percent increase in quality of land, contributing to expert opinions that land values will continue to rise. The highest average land values were in northwest Iowa, commanding $9,388 per acre. South-central Iowa land values averaged $4,172 per acre.

Farmers National, meanwhile, says ag real estate agents in the eastern Corn Belt reported less land on the market and stable prices. Lower quality land was steady to slightly lower for the region, which includes Illinois, Indiana, Ohio, Michigan, Missouri and Arkansas. Area Sales Manager Roger Hayworth noted that buyers have grown increasingly cautious. The Federal Reserve Bank of Chicago reported a 3 percent increase in farmland value in Indiana and a 1 percent decrease for Illinois in the first quarter of the year.

The drought-stricken Southern Plains states experienced a bigger variance in land values. Farmers National recorded land valuations were stable to down by 10 percent for the area, which encompasses Nebraska, Kansas, Oklahoma and Texas. The Federal Reserve Bank of Kansas City’s Ag Credit Survey showed that more than 8 percent of farm loan requests in the first quarter of 2018 were denied due to cash flow shortages. The largest share of such farm loan denials occurred in Oklahoma, at more than 12 percent.

In April, Kansas State University reported a 3.9 percent decline last year in the state’s land values overall. However, the report showed a 13.1 percent decrease in value for irrigated land since 2014. Experts estimated drought would drive property values lower still. For the Federal Reserve Bank’s 10th District, a 3 percent decline was recorded in the first quarter of 2018 in each agricultural land category, including non-irrigated, irrigated and ranchland.

“There’s always a difference between where that land has been improved," Dickhut said. “The land in the Columbia River basin, Washington, is a prime example of good demand for land. It produces a higher value with fruits and vegetables and so forth – because that land has higher income potential and is worth more.”

Washington State’s agricultural land sales presented a strong showing, with sales volume up 15 percent this year. But there was little to no fluctuation in farmland values, which depend heavily on the land’s likelihood to bear fruit. Farmers National broker Flo Sayre noted that land may sell anywhere from $350 to $16,000 per acre across different growing regions in the state.

Dickhut said most people are concerned about whether “the cash flow is going to be challenged some more" as the real estate market takes shape over the next six months.