Was it a crowd pleaser or a genuine policy announcement?

That’s the question on the minds of those following the Renewable Fuel Standard, trying to decipher comments made by President Donald Trump in Iowa last week. Sitting at a roundtable event on workforce training with Iowa Governor Kim Reynolds on his left and a stack of “Make Our Farmers Great Again” hats on his right, Trump reflected on his ethanol support during his run for president and made a surprise declaration.

“I’m very close, I have to tell you, to pulling off something that you’ve been looking forward to for many years, and that’s the 12-month E15 waiver,” Trump said to an applauding crowd. “We’re getting very close to doing that. It’s a very complex process.”

The remark can be interpreted in any number of ways: On one hand, it’s in line with previous public comments about a desire to approve the necessary Reid Vapor Pressure waiver to expand E15 sales. Trump offered those remarks as lawmakers on both sides of the issue convened for a series of White House meetings that ultimately resulted in a broader deal Trump rejected at the behest of Iowa Senators Chuck Grassley and Joni Ernst.

On the other hand, Trump’s comments ran contrary to thoughts offered by EPA Acting Administrator Andrew Wheeler, who just days before told reporters that the agency would not implement piecemeal parts of that rejected deal. Instead, Wheeler suggested the waiver could be addressed on Capitol Hill or would need to move as part of a broader regulatory package.

“I don’t want to just implement part of a broader deal that fell apart, but I’m looking to see what else we can do” Wheeler said last week. “Maybe there’s other things to put into the mix.” 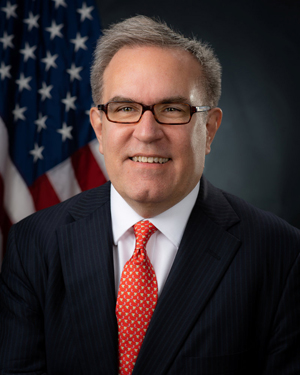 Asked about how the administration plans to proceed on the issue, an EPA spokesperson referred Agri-Pulse to the White House, which did not respond to multiple requests for comment.

No matter how one chooses to interpret Trump’s words, he certainly appears to have caught a number of folks off guard. After he rejected the proposed deal, talks that were once at a roar have become silent. Both sides remain entrenched in their positions, making any kind of a deal difficult to accomplish. Even as the biofuel side of the argument holds out hope that the administration would grant the RVP waiver, there wasn’t any indication it was actually coming.

“I don’t think Trump understands the intricacies of actually granting that waiver,” a source close to the discussions told Agri-Pulse, adding that the president was likely “looking for an applause line in Iowa.”

Now, biofuel supporters are grabbing at Trump’s comments as an opportunity to make some noise. Growth Energy CEO Emily Skor says the upcoming mid-term elections coupled with economic anxiety in farm country gives the renewable fuels sector a message to take directly to the president.

“This would be a good thing that he could deliver to rural America in advance of the midterm elections,” she said. “I know the administration came out with a $12 billion relief package, I would add that what we need are markets, and RVP allows for an increase in the domestic marketplace.”

Behind closed doors during administration talks, former EPA Administrator Scott Pruitt asserted that the agency had the administrative authority to do the RVP waiver by regulation, according to multiple people familiar with the matter. Another potential path was through legislation offered by Nebraska Republican Sen. Deb Fischer, but that bill stalled in committee and has never received a vote in the Senate.

Formally, the agency has not announced the determination of a lengthy review of its authority, but Grassley doesn’t see the need to worry about the legal challenge that might come from administrative action.

“I think that we’ll never get (the RVP waiver) if you’ve got to get it through the Congress, so I’m hoping that they do it by regulation, even subjecting themselves to a possible court case,” Grassley told reporters on Tuesday.

Bob Dinneen, president and CEO of the Renewable Fuels Association, said it’s “naïve” to think the RVP could be handled as a technical correction via legislation, as Wheeler has suggested. The issue has been too politicized, Dinneen said, to take a leisurely stroll through Capitol Hill.

“Scott Pruitt acknowledged that he has the authority, so do it,” Dinneen implored. “Don’t try to hold E15 hostage so that the administration can give yet another goodie to a refining industry that is making money hand over fist. Farmers are hurting today, not the refining industry.” 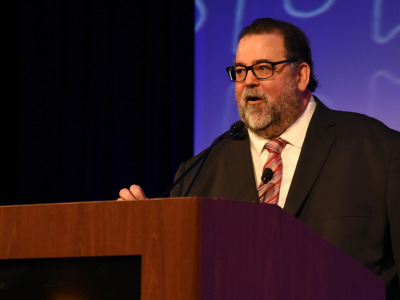 But that refining industry is not without its allies on Capitol Hill, either. Just last week, 21 senators sent Wheeler a letter urging him not to reallocate biofuel gallons waived through small-refinery exemptions, an issue separate from the RVP waiver but still a major priority for biofuels groups. Those same lawmakers would also stand in the way of moving the RVP waiver legislatively, and their supporters in the energy sector would likely offer a legal challenge if the waiver is addressed through regulation.

The energy industry also took a different view of Trump’s comments last week, choosing to see them as teasing a possible deal making its way to the president’s desk. If that’s the case, don’t expect the ethanol industry to jump at the opportunity to offer concessions. As Skor put it, whatever bargaining chip the industry had, “in our eyes, we’ve already given it up” as the price of biofuel credits has fallen through the floor. Dinneen agrees.

“There is no deal to be had when the atmosphere has been so poisoned by Scott Pruitt’s anti-biofuel campaign,” he said.

Wheeler will almost certainly be asked about the administration’s E15 plans today when he appears before the Senate Environment and Public Works Committee. Aside from being contradicted by his boss on the RVP waiver, Wheeler will also have to face questions from biofuel stalwarts like Ernst, Fischer, Illinois Democrat Tammy Duckworth, and others looking for more explanations on small-refinery exemptions, gallon reallocation, and a host of other EPA policy issues.