If the U.S. and Europe agree to discuss agricultural issues in their upcoming trade negotiations, geographical indications could prove a formidable obstacle to achieving success.

The U.S. is dead set against the European Union’s desired GIs to protect the usage of some food names like black forest ham, feta, gorgonzola, fontina, roquefort and asiago cheese, prohibiting all but some European producers from marketing the products. U.S. producers argue that the names have become generic over the years.

The issue is one of immense importance to the U.S. dairy industry, which estimates that the global European effort to shut down usage of the cheese names could cost U.S. producers more than $5 billion per year in sales.

If, for example, Mexico agreed to EU demands to protect the name feta, that would mean the country could no longer import the product under that name from the U.S. In fact, Mexico would likely not import it at all if it could only be labeled as something else – white, crumbly cheese cubes, maybe?

But as crucial as it is to the U.S. to block Europe's GI agenda, it’s just as important to the EU that the protections be spread around the world to ensure that asiago cheese is only made on the Asiago plateau in the Veneto region of Italy and never in, say, Wisconsin.

Of all the issues that separate the U.S. and the EU when it comes to agricultural policy (hormones, ractopamine, biotechnology, chlorine rinses), GIs are the topic that neither side seems willing to budge on in negotiations. That was the case back when the two sides were negotiating the Transatlantic Trade and Investment Partnership (T-TIP), and the sentiments have not changed, U.S. and EU trade officials say.

USDA Secretary Sonny Perdue summed up the U.S. response to GIs last week in a teleconference with reporters, saying the food name protections are “not acceptable and we don’t plan to comply with that.”

The complexity of dealing with GIs is just one of the reasons the EU is balking at the idea of including agriculture in the upcoming trade talks that President Donald Trump and European Commission President Jean-Claude Juncker have agreed to hold.

Perdue is both adamant that agriculture be included in the talks and that the U.S. will not give an inch on GIs.

“It’s going to be a very tricky issue,” said one U.S. trade negotiator on the prospect of having to deal with GIs in any negotiations with the EU. 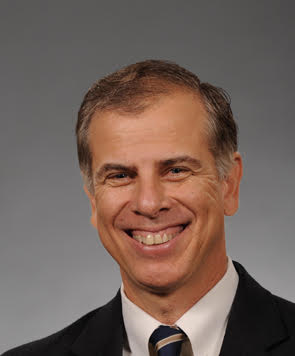 But as much as U.S. negotiators and the U.S. dairy industry may be gearing up for a fight with Europe, many of the battles are already under way across the globe as the EU negotiates free-trade agreements elsewhere. The closest is with the country just below the United States' southern border.

Many of the details have not yet been released about the “agreement in principle” reached between Mexico and the EU in April to revamp their free-trade agreement, but the two sides are believed to be working through a list of about 300 food names – mostly cheeses – that the EU wants protected as GIs.

The U.S. is not a party to those talks, but that doesn’t mean the Trump administration doesn’t have a say in the outcome, says Jaime Castaneda, senior vice president for the U.S. Dairy Export Council and executive director of the Consortium for Common Food Names. That’s because Mexico is also negotiating with the U.S. on rewriting the North American Free Trade Agreement.

“The U.S. is telling Mexico that you can’t negotiate with other countries in a manner that the outcome of that agreement is going to take away market access from us,” Castaneda said. “My understanding is the U.S. government has raised this with the Mexican government."

A spokeswoman for the U.S. Trade Representative did not respond directly with a comment, but pointed out a tenet of the agency’s official goals for the renegotiation of NAFTA: “Prevent the undermining of market access for U.S. products through the improper use of a country’s system for protecting or recognizing geographical indications, including such systems that fail to ensure transparency and procedural fairness, or adequately protecting generic terms for common use.”

“Fortunately, the details of potential GIs restrictions in Mexico have not yet been finalized,” they wrote. “As such, we ask that you make neutralizing Europe’s attacks on U.S. dairy products a NAFTA goal. Mexico is, by far, our largest and most important dairy market. We exported more than $400 million worth of cheese last year alone, and the U.S. dairy industry cannot afford to lose markets that they worked so hard, and invested so much, to build.”

It's a message Perdue has taken to heart.

“(Trading partners with the U.S.) better be careful about accepting any sort of geographical indicators from the EU,” Perdue said.

It could be interpreted as a warning to either Mexico or the Mercosur countries of Brazil, Argentina, Uruguay and Paraguay. Perdue and Castaneda met with Mercosur leaders in Buenos Aires recently at a G20 summit and presented them with a wide array of cheeses the countries would no longer be able to market under recognizable names if the EU got its way.

It’s still not too late for Mercosur to reject Europe’s GIs, Castaneda said.

“Europe is demanding the same thing that they have demanded in many countries,” he told Agri-Pulse after returning from Argentina. “That’s not surprising. The question is whether Mercosur countries will be able to stand firm and reject that.”