The trade deal struck Monday with Mexico is a major respite for the U.S. agriculture sector after enduring one trade disruption after another. The preliminary agreement appears to salvage tariff-free trade with one of the largest markets on the planet for U.S. soybeans, corn, beef, pork, dairy, rice and wheat, but the Trump administration has a long way to go to restore any semblance of normality to the international marketplace that farmers and ranchers increasingly depend on to sell their crops.

The deal may cement trade ties with Mexico, but the gulf between the U.S. and Canada, the European Union, Turkey, India and – most notably – China remains wide as trade-dampening tariffs continue to escalate.

Still, a deal with Mexico is an important step back to normalcy that farm groups and lawmakers were quick to laud. And payments that farmers will receive to compensate for retaliatory damage from the tariffs – also announced on Monday – are also helping.

“I thank President Trump for his work to improve trade relations with one of our top trading partners,” Senate Agriculture Committee Chairman Pat Roberts said. “The value of U.S. agricultural exports to Mexico has increased by 305 percent since NAFTA entered into force; farmers and ranchers need to be able to rely on that important market.”

U.S. corn farmers would be among the first to agree on the importance of saving the tariff-free trade relationship with Mexico. The U.S. exported $35 million worth of corn to Mexico in 1993, the year before NAFTA was implemented. By 2016 farmers were selling nearly $3 billion worth of their crop across the southern border.

There is also the matter of Mexico’s retaliatory tariffs on U.S. pork, cheese, apples and potatoes. Those import taxes could come down soon thanks to a new “United States-Mexico Trade Agreement” announced Monday. The Trump administration made it clear in June that it would not have levied metal tariffs on Mexico and Canada if the two countries had agreed to U.S. demands in the NAFTA talks.

But NAFTA isn’t NAFTA without Canada, and farm groups and lawmakers are making that message clear to Trump. 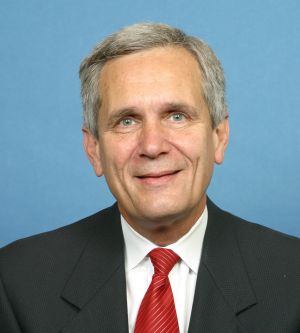 Not counting dairy, there are virtually no agricultural trade tariffs between the U.S. and Canada, and the two countries are often entwined so closely when it comes to production and trade in commodities like pork and potatoes that it’s hard to distinguish borders.

"Mexico is extremely important to every sector we represent,” said U.S. Grains Council President and CEO Tom Sleight. “Yet, so too is Canada, our second-largest ethanol market and a top 10 corn market. We hope the agreement ... opens the door for Canada's re-engagement, and we continue to oppose withdrawal from the existing NAFTA under any circumstances except the adoption of a new, beneficial and trilateral pact.”

Trump spoke to Canadian Prime Minister Justin Trudeau on Monday to get the process of negotiation underway, and senior administration officials said that high-level trade talks with Canada will continue throughout the week.

“The Prime Minister had a constructive conversation today with President Trump regarding the North American Free Trade Agreement,” the Canadian government said in a statement. “The leaders welcomed the progress that has been made in discussions with Mexico and look forward to having their teams engage this week with a view to a successful conclusion of negotiations.”

Just don’t expect it to be an easy process, or that the name NAFTA will survive the process.

U.S. trade officials have been saying that a Mexican deal would be the easiest to achieve since the NAFTA talks devolved from three-party negotiations into bilateral talks, with the U.S. dealing with Canada separately.

Meanwhile, the lion’s share of the roughly $6.3 billion worth of assistance announced Monday by USDA will go to U.S. soybean farmers because of the severe damage being done to them by the escalating trade war with China.

The fact that U.S. and Chinese negotiators are talking is a good sign for America’s farmers (A Chinese delegation visited Washington last week), but unless those talks bear fruit over the next few months, the damage to U.S. agriculture could have long-lasting effects.

“It’s like a ripple in the pond,” said Grant Kimberley, director of market development for the Iowa Soybean Association. “The bigger the ripple is and the longer it’s allowed to continue to grow, the more impacts it will have.”

U.S. farmers are getting ready to bring in a bumper crop this year, and normally much of it would already be slated for to delivery to China, historically the largest foreign market for U.S. soybeans. Trump’s escalating trade war has thrown that business model into uncertainty.

If the U.S. and China manage to forge an agreement this year that allows both sides to drop their tariffs, long-term damage to U.S. exporters can still be avoided, Kimberley said. Unfortunately, he added, there’s no sign of that happening any time soon. 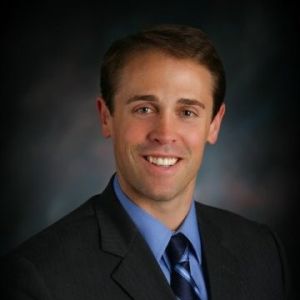 “If it gets resolved in a reasonable period of time, I think we’ll come out of this and be OK, but if it goes on longer, that’s going to be a problem,” he said.

The longer the tariffs remain, the more Brazil will increase its soybean planting with an eye towards stealing Chinese business for years to come – not just in a stop-gap opportunity, he said. And it won’t be long before U.S. farmers begin shifting acreage accordingly.

Brazil will soon start planting its 2018-19 soybean crop, and USDA’s Foreign Agricultural Service is predicting farmers there are increasing acreage to take advantage of U.S. losses. Brazilian farmers are now expected to plant a record-breaking 35.8 million hectares (88.5 million acres) of soybeans “due to higher prices, higher expected demand by Chinese buyers, and an increase in domestic consumption," FAS says.

Some of that long-term damage to U.S. exports is already happening, said John Baize, president of John C. Baize and Associates and a consultant for the U.S. Soybean Export Council.

“The Chinese buyers … are going to buy more soybeans from Brazil in the future, simply because they fear that these kind of disputes with the U.S. will happen again,” he told Agri-Pulse. “They’re not worried about a dispute with Brazil or Argentina.”

Baize also stressed the need for the U.S. and China to settle their differences.

“It would be wonderful if we could get this done by the end of September because that’s when we’re going to be harvesting soybeans and normal trade flows can resume,” he said.

That seems unlikely, though, after Trump suggested this week that a resolution to the trade war is not imminent.

"As you know, we’re working … very much with other countries,” he said. “China is one. They want to talk. And it’s just not the right time to talk right now, to be honest, with China. It’s been – it’s too one-sided for too many years, for too many decades. And so it’s not the right time to talk. But eventually, I’m sure, that we’ll be able to work out a deal with China. In the meantime, we’re doing very well with China.”