The Department of Agriculture may have addressed many of the lingering questions about its trade assistance package with a Monday announcement detailing many of the relevant figures, but inquiring producers are still wondering about many aspects of the plan.

For now, producers are frustrated with what they feel are ignored factors and confused as to just how the department decided some of the program’s provisions. For example, corn farmers are eligible for one penny per bushel of 2018 production, a number far short of the $1.65 per bushel in the works for soybeans. And the initial payment rate is based on 50 percent of 2018 production.

In a release announcing the program, USDA said each program payment level was “dependent upon the severity of the trade disruption and the period of adjustment to new trade patterns,” but National Corn Growers Association President Kevin Skunes tells Agri-Pulse he doesn’t see the amount of assistance available to corn farmers as “fair and equitable.” 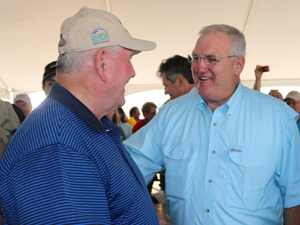 “I just think that there’s been more damage done to the corn price than that,” he said, noting an NCGA-commissioned analysis that suggested the impact on tariffs to the corn price has been closer to 44 cents per bushel. He also had questions about USDA’s methodology and whether it considered value-added factors like ethanol exports also being impacted above and beyond issues already experienced with corn exports.

The payment rates and the confusion surrounding them was a major topic among conversations between producers at the Farm Progress Show this week just outside of Boone, Iowa. Ag Secretary Sonny Perdue will attend the show today joined by Bill Northey, USDA’s farm program undersecretary who was formerly Iowa’s top agriculture official.

Another Iowa political figure walking the aisles of the show also struggled to make sense of the low corn payment rate.

“A penny for corn sounds like nothing would have been about the same,” Rep. Steve King, R-Iowa, told Agri-Pulse. “The message that sends is pretty wobbly …You look at that and think ‘I wish this were a typo.’”

There’s also a bit of head scratching going on in the pork sector over payment rates and implementation details for that industry. Pork is also the biggest beneficiary of USDA’s Food Purchase and Distribution Program, but USDA set a MFP payment rate of $8 per head for hogs. John Weber, a past president of the National Pork Producers Council, thinks that number comes in a little low.

“We’re not all that enthusiastic about (the program),” Weber said. “Certainly, it will help some producers, but if you look at what the market has done … it’s a pretty small percentage of the losses that producers took. We’re probably looking at closer to $40 to $50 dollars per pig loss.”

Weber also wondered how the administration plans to address its provision that will dole out payments based on hog inventory as of Aug. 1. But how does USDA plan to account for the inventory on a specific date already several weeks in the past? How will the program handle a producer that happened to be between shipments of hogs on Aug, 1 and was therefore lower than usual on inventory?

Outside of questions surrounding hog production, other commodity groups have questions of their own. For instance, since USDA is basing dairy payments on historical production reported for the Margin Protection Program for Dairy, how will it address operations that opted not to take part in MPP Dairy but still want to receive a MFP payment?

How will USDA choose to account for grain production? Many farmers take their grain to local elevators and could supply documentation from transactions there as proof of bushels produced, but what if a producer opts to use on-farm storage instead? 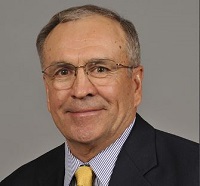 And what – if anything – will this program do for producers who might suffer a huge production setback due to drought or take a big hit on their basis – the difference between the cash price paid to producers and the futures price shown on the markets – because local grain buyers are struggling to find destinations for their production?

“There’s a lot of questions, and I think they’ll all come up and (USDA) will realize they have a difficult program to implement,” Weber said. He and others, however, were complementary of the administration’s efforts to signal support for farm country through the assistance package and developments on trade negotiations announced in recent days.

Once current trade disputes are no longer a factor in the markets, Weber said “I think we’ll get back on track rather quickly.”

The production payment rates announced on Monday also came with a hefty caveat; Rates are to be calculated based on 50 percent of production now, with the potential for the other 50 percent coming through payments down the road. That was a slight shock to the system of a few in the ag community, but American Soybean Association President John Heisdorffer acknowledged that producers would rather have the market access that could come as a result of harmonized trade. If that can be achieved before the second round of payments is to be distributed, he says that’s fine with him.

“You know what, if soybean prices come up and we can get some new trade deals, maybe we don’t need that second half” of payments, he said. “This could be a long-term thing, and in that case, we’re going to need that second half. But … if we’re back in the seat again where we can make a profit, we’ll be happy.”