Lawmakers look to finalize farm bill as clock ticks down

Farm bill negotiators have yet to resolve the toughest differences between the House and Senate versions even as their self-imposed deadline of Sept. 30 looms less than a month away.

The first formal meeting of the conference committee is scheduled this morning, but no votes are planned, only relatively short opening statements by the conferees.

The real work will likely continue to take place behind the scenes, but with the House in session for the first time since July, conferees are likely to be more closely involved in the process. There are no plans yet for an additional meeting of the full conference committee, which comprises 47 House members and nine senators.

Staff members made progress on many of the bill’s titles during the August recess, but none of the 12 titles have been closed out. The biggest issues facing the conferees, including program spending levels, changes to major conservation programs, and the House’s insistence on tightening food stamp work requirements have not been resolved, said an aide familiar with the process.

The chairmen and top Democrats of the House and Senate Agriculture committees talked by phone and met in person during August, including last week.

"Right now, I'm confident that all of us are working to get to a 'yes'," Conaway told reporters Tuesday evening.

Conaway said his proposal included compromises on all 12 titles fo the bill, but he declined to discuss specifics. "Now the ball is in their court," he said of the senators.

The four negotiators have publicly said they are committed to having a new bill finalized before the 2014 farm bill expires Sept. 30, and have laid out a private schedule of the progress they have to make to meet that deadline.

Biodiesel plant shutting down, clock ticks for tax credit
Farm programs could be in play as lawmakers look to 2021

However, that would mean having the major issues resolved by the end of next week, according to Conaway and the ranking Democrat on the House Agriculture Committee, Collin Peterson, and that appears unlikely given where the negotiations stand today.

Still, in an Agri-Pulse Open Mic interview shortly before the Aug. 28 meeting, Peterson expressed optimism that a new farm bill can be finalized this year. He described the August discussions between the four Agriculture committee leaders as “very productive.”

“We’re going to get this thing done. … I’m going to do everything I can to make this happen,” Peterson said. 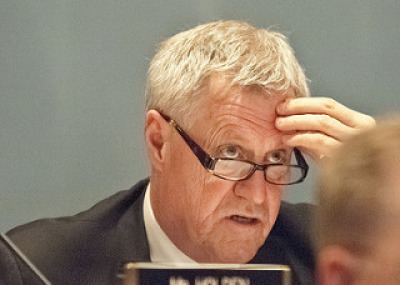 Peterson said he would support any reforms to the Supplemental Nutrition Assistance Program that can pass the Senate. “Whatever they can agree to on SNAP, on food stamps, that I’m with them,” he said, referring to Senate Agriculture Chairman Pat Roberts, R-Kan., and the Senate committee’s top Democrat, Debbie Stabenow of Michigan.

Conservative groups continue to press Congress to enact the House bill's SNAP work rules, which include able-bodied people in their 50s and parents of children over 6. "Work requirements help the welfare system achieve its goal of reducing poverty and increasing adult and child well-being, while marriage is America’s greatest tool against child poverty," Heritage Foundation policy analysts wrote recently.

A leading consulting firm, Mathematica Policy Research, and the Robert Wood Johnson Foundation will release a report on Thursday estimating the effects of House provisions on SNAP eligibility and participation. The report will be based on a model developed for USDA.

Among the issues still unsettled is whether to change eligibility requirements and payment limits for commodity programs. The House bill would loosen the rules, allowing more extended family members and pass-through entities to qualify for separate payment limits, while the Senate bill includes provisions sought by Sen. Charles Grassley, R-Iowa, to tighten the eligibility rules.

Grassley said Tuesday that he would consider voting against the bill if he’s not satisfied what the payment limit provisions in the final legislation.