USDA Deputy Secretary Steve Censky defended his department's proposal to move two agencies out of Washington, D.C., while raising the possibility that their new home could be on property the agency already owns.

Toward the end of a webinar held today, Censky said the department is looking at facilities near D.C. that could serve as the new location for the Economic Research Service and National Institute of Food and Agriculture, in addition to other locations where the agency also owns property. The department has said it wants to move the two agencies out of the capital region to save money on leasing and personnel costs, to get employees closer to USDA’s constituency, and to help recruit and retain staff.

Censky also said that USDA has done an internal “preliminary cost-benefit analysis” but is still working through many of the issues involved with moving – such as who would go and who would stay in Washington.

A full accounting of the costs and benefits, however, won’t be possible until the “expressions of interest” come in from communities who would like ERS and NIFA to move to their towns, Censky said.

“We will be completing a very detailed cost-benefit analysis as we look at this and make decisions on moving forward,” he said.

Censky spoke after three former USDA science officials had presented their arguments against the proposal. Catherine Woteki and Gale Buchanan, both former chief scientists, and Susan Offutt, who headed the ERS, were unanimously against the idea of leaving D.C.

The three former USDA officials said the proposal seemed to come out of nowhere. “I was stunned that such a far-reaching proposal was made,” Buchanan, who was undersecretary for research, economics and education under President George W. Bush, said. 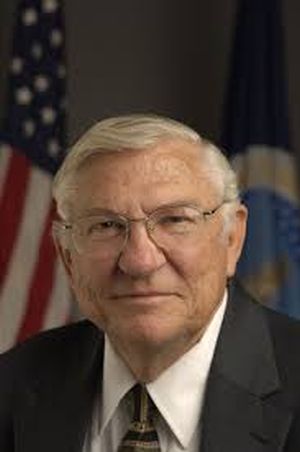 Each of the three said careful analysis needed to be done, with Woteki and Offutt suggesting independent studies by either the Government Accountability Office or the National Academy of Public Administration.

One of their points was that the Washington metro area is attractive to job-seekers because it is good for two-career families. “We never had any trouble recruiting,” Offutt said. She also made the point that when employees leave ERS, they often go to work elsewhere within USDA.

“That essentially makes ERS the farm team” for policy offices and programs throughout the department, she said.

Perdue reaffirms pledge to move fast on ERS, NIFA relocation
Fewer than 40% of NIFA, ERS employees agree to move
Will USDA forge ahead with proposed changes to ERS and NIFA?

All three said that being in D.C. affords ERS and NIFA the opportunity to coordinate with other research agencies and meet with representatives of agricultural and research groups and other stakeholders.

“I feel we’re pretty close to our customer base already,” said Buchanan, who noted the presence of extension agents and research facilities throughout the country. Censky himself said that 91 percent of USDA employees work outside of the D.C. area.

Censky said the idea sprang from the realization that NIFA’s lease is expiring at the end of 2019, and that ERS “is in some of the most expensive leased space that we have in the National Capital region.” ERS is located near Capitol Hill, while NIFA is headquartered along the city's waterfront.

He said “one of the questions” the department is looking at now is which part of the agencies’ work has to be done in D.C., and which part can be accomplished outside of the National Capital region.

The department is currently looking ”function by function,” at which jobs could remain in D.C., and which should be moved. Censky also said the department welcomes input on the proposal, although its Federal Register notices ask only for communities to send in their expressions of interest in becoming the new homes for the agencies. The deadline to submit those is Oct.15.

Buchanan said that Censky’s remarks showed that “we haven’t done the kind of study to make this kind of decision in the first place.”

He said a better alternative to relocation is to give the agencies more funding. “We’ve simply not kept pace with other federal agencies in research support,” he said.