Look for commercially successful perennial wheat varieties – the Holy Grail for a few of the world’s wheat breeders and conservation-minded farmers for decades – to remain in the experimental realm a while longer. But some of the plant's "cousins" are already showing up in breads and beer and tried out as dual-purpose forage/grain crops.

That’s what we gleaned from several interviews and results of a seven-year study on which 17 scientists collaborated in experiments using 47 hybrid strains of perennial wheat, rye and barley, planting them all in several of 21 selected cold and temperate climate trial sites on four continents. The researchers scored several aspects of the perennial crops’ performance across early generations.

Successful varieties of perennials, which live and produce over two or more years, “will come to market sooner that I think we all expected, albeit probably in a niche (market) form to start with,” said Richard Hayes, the wheat breeder at New South Wales (Australia) Department of Primary Industries who led the study, in a Skype visit with Agri-Pulse.

“(When) we started working on this in Australia 10 years ago with our first evaluations . . . we estimated at least 30 to 40 years to a commercial wheat,” he said. Now, he says, “I’m rather optimistic about the time frames.”

Fred Iutzi, president of The Land Institute in Salina, Kan., takes a similarly optimistic view: “I’d say we’re slightly ahead of schedule,” he says of his institute’s pursuit of perennial grains. 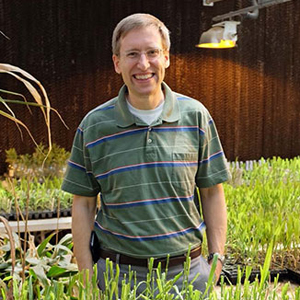 However, that schedule covers a big stretch of calendar, considering that wheat breeders a generation ago guessed that perennial wheat may be a century-long quest. Iutzi foresees the Institute’s best strains “peeking out of the R&D pipeline” soon, and believes it may still take up to 20 years to develop an economically viable perennial wheat. The institute, a leader in the pursuit of a successful perennial grain in the U.S., reports that its best experimental perennial wheat yields 50-70 percent of what annual wheat varieties deliver and says its stands have thrived for more than six years in the Kansas plots.

In the international trials, the success of experimental cultivars was rated by averaging three factors: grain yield, kernel size, and persistence of plants through three seasons.

The report explains several hurdles in the path to successful perennial wheat that were evident across the study:

The study also unlocked some secrets and suggested better methods in breeding perennial wheat hybrids that will help future development efforts – the main purpose of the study.

Wheat breeders have only begun to fight. Hayes agrees that the persistent difficulties with wheat chromosome pairing “is definitely not a trivial problem, but I think we can take heart that we have a model . . . triticale, which is a crop that has been developed using two species – rye and wheat.” That hybrid was initially developed in Europe more than a century ago, grown commercially in North America for a half century and, he points out, “the same genetic complexities were faced then and overcome.”

oth Hayes and Iutzi expect that gene editing (GE) may play a role at some point in nudging wheat ahead as a perennial crop.

GE is the emerging practice of internal snipping in a cell’s chromosomes to alter or delete genes. But, says Hayes, “I don’t think we can rely on that alone. The overriding problem . . . is that perennation (perenniality) is a complex trait. A lot of things contribute to survival.” So, he says, “I suspect there will be a number of genes involved” in developing perennial varieties.

What’s more, says Iutzi, scientists at The Land Institute have successfully sequenced the genome of intermediate wheatgrass, the species the institute has employed to develop its first commercial perennial grain, now patented as Kernza.

Rather than delving into gene editing, he says, “what we’re more excited about is . . . observational biotech tools,” which greatly accelerates the production and selection of seedlings and the chances for finding traits the breeder is pursuing. “We’re in our first season of genomics selection for Kernza,” he said.

Kernza, with its small kernels resembling wheat or rye, is emerging as a newborn commercial cousin of wheat while the quest for perennial hybrid wheat also slogs along.

Lee DeHaan, the agronomist who leads Kernza development, says the grain is still experimental and calls it “a wild plant that we’re domesticating . . . just as our ancestors domesticated corn and barley and rice 10,000 year ago.”

But he’s been at it for 15 years, and Kernza flour is now already blended into several bread and quick bread products in areas along the West Coast. It’s also in Long Root Ale, a brew produced by Hopworks Urban Brewery in Portland, Ore., in partnership with online retailer Patagonia, and sold in Hopworks pubs and Whole Foods stores in California. Eric Steen, the brewery’s marketing manager, said the beer is made from 85 percent malted barley and 15 percent Kernza, which gives the product its spicy taste. 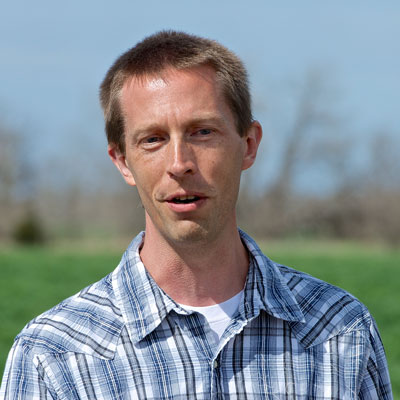 DeHaan explains that because Kernza is wheatgrass, not a hybrid, his crop doesn’t face some pitfalls that plague perennial wheat hybrids: dismal seed set, declining seed size, and lack of persistence. Importantly, “we don’t have the fertility issues that develop breeding the wide hybrids,” he said, and he expects that Kernza kernels, still just 20 percent the average size of annual wheat kernels, will reach 50 percent of wheat size in a decade.

Kernza plants tend to be very persistent, though DeHaan says he is trying to reduce biomass and increase grain volume. So, he says, any farmers wanting to plant it “should be looking at it as a dual use forage and grain crop.” As forage, it’s “better than wheat straw but it’s obviously not prime hay either,” he said.

Breeders are also developing perennial rye, and the collaborative research report, in fact, says “perennial cereal rye has better prospects as a near-term commercial crop than perennial wheat.” One such hybrid, called ACE-1, was released about 14 years ago in western Canada as a forage crop.

Jamie Larsen, an agronomist who experimented with ACE-1 at the Lethbridge Research and Development Centre in Alberta, said “there was considerable interest in Alberta in the early 2000s.” The crop was intended mainly for hay and silage, and in grain, “it yields about half of an annual rye crop. If managed properly, the crop can survive three years of production in the Lethbridge area,” he suggests.

ACE-1 has not become popular in Canada, but “there is still interest,” Larsen said, and its seed is being increased in Indian Head, Saskatchewan, “so there will be a good source of seed available to seed growers starting next fall.” Meanwhile, he said, Plovgh, a Wisconsin-based seed company, has purchased non-exclusive rights to further develop the crop.