California citrus producers are facing an array of hurdles in production costs, export headwinds and regulatory restraints that they fear could stymie their industry.

The swelling costs of farm labor, regulatory compliance and the battle against citrus disease are projected to potentially top $200 million annually, or $700 yearly per acre of California citrus trees, according to a producer-sponsored assessment authored by Bruce Babcock, professor at the University of California, Riverside.

But California farmers are certainly not fleeing their orchards as a result of such projections. In fact, America’s citrus production has been stampeding from Florida’s orchards cross-country to the Golden State.

In 2008, three years after the disastrous citrus greening disease, or Huanglongbing (HLB), was discovered among Florida trees, the state still produced 71 percent of U.S. citrus fruit. But since then, HLB has devastated the state's groves, and several hurricanes have thrashed them as well – most recently, Hurricane Irma a year ago.

“The hurricane clobbered us,” said Rick Dantzler, chief operating officer of the Florida-based Citrus Research and Development Foundation. “We had the best crop on the tree that we had had in eight or nine years.” Now, Florida’s 2018 grapefruit harvest is estimated to be off 56 percent just since 2015, and oranges by 45 percent, though he says that growers and scientists have dug in against HLB and hope to rebuild production in the years ahead.

Meanwhile, production has shifted to the West Coast, and USDA projects California’s 2018 citrus harvest will account for 59 percent of the country’s orange, tangerine, mandarin, grapefruit and lemon crops overall. Since 2008, and despite four years of persistent drought, the total California citrus crop volume has risen 8 percent.

Nonetheless, “We’re in a serious problem here,” says California Citrus Mutual President Joel Nelsen. “What has exploded – and there’s a lot of frustration about it – is all of the requirements, fees, permits, all of the things controlled out of Sacramento (the state capital)." 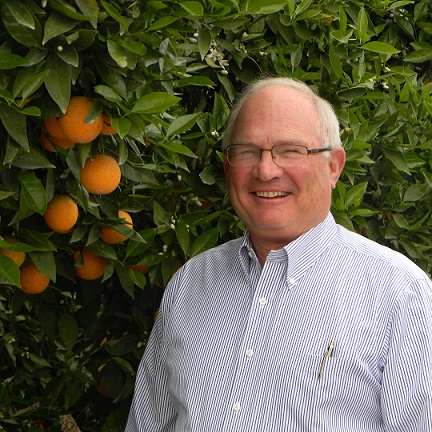 The state's implementation of the federal Food Safety Modernization Act (FSMA) is spelling new costs for groundwater testing, which Nelsen says should not even be required for citrus fruits because their highly acidic rinds kill pathogens and are a barrier to contamination of the fruit.

Babcock's report says increases in environmental and food safety requirements don’t figure to raise growers’ costs in a major way. It says that big citrus buyers have long required growers to comply with Global Food Safety Initiative (GFSI) guidelines, and “growers who already are GFSI-certified face few additional requirements from FSMA.” So the overall increased tab for obeying environmental and food safety rules will average a moderate $67 per acre of citrus, the study concludes.

he main cost increases listed by the study are tied to labor. Babcock estimates those expenses will increase by $112 million, or $357 per acre per year, once mandated hikes in the minimum wage reach $15 per hour in 2022. By the same year, farmworkers must be paid overtime when working more than eight hours in a day or more than 40 hours a week.

Restraining citrus greening, which is spread by the Asian citrus psyllid, is also a major cost concern. A California growers’ self-assessment of 8 cents per 40 pounds of fruit began in 2009 to cover costs of controlling HLB, and the assessment raises about $18 million annually. So far, HLB has been detected on a few Southern California locations, but the study projects grower costs to restrain the insects and disease will rise to $248 per acre per year if controls are extended to all citrus-growing regions as the infestation expands northward.

In his summary, Babcock calls his study a “subjective endeavor,” because many of the costs assessed can’t be predicted precisely. For example, it is largely unknown how growers will respond to the new overtime pay and minimum wage requirements. Will they invest in increased mechanization and hire fewer workers, or hire more workers to avoid overtime costs?

Dantzler said that in Florida, as in California, cost increases for environmental and safety regulations would not normally be especially painful. Still, he said, "This is a tough time and a lot of our growers are hanging on by their fingernails and just can’t incur additional regulatory costs.” He adds, "Our units of government have bent over backwards trying to help growers cope.” 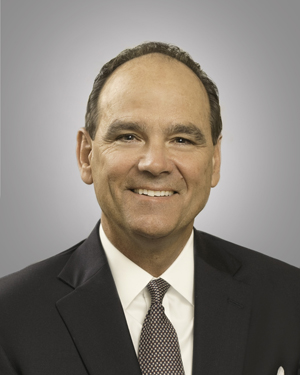 Real estate tax appraisers, for example, have been quick to cut values of citrus land, reflecting HLB’s impact and reducing growers' tax burden. “If you had a citrus grove back in the heyday that would have sold for $18,000 an acre, today it might bring $7,000,” he said.

Another big expense looms for growers: China’s retaliatory tariffs, which will cost export markets dearly, Nelsen says. China upped its standing 11 percent tariff on U.S. oranges and lemons by 15 percentage points in May, and then 25 points more in July. That means navel oranges to be harvested this fall and winter will face 51 percent duties at Chinese ports.

“We’re just going to get pushed out of the (Chinese) market. The tariffs are too expensive,” he said.

Nelsen said growers know they will have to comply with new state pay rates for their workers and will have to keep spending a lot to fight HLB, so regulatory cost relief "is a discussion we’re going to have" with California legislators this winter.