Unless the U.S. and Japan move quickly in promised trade talks, American wheat farmers stand to take significant hits in exports thanks to the swiftly approaching start of the Comprehensive and Progressive Agreement for Trans-Pacific Partnership (CPTPP).

Japan, the largest economy in the CPTPP, offers significant tariff cuts for wheat to Australia and Canada, which are the biggest competitors to the U.S. for the Japanese market. The U.S. would have also been covered under those tariff cuts had it stayed in the Trans-Pacific Partnership, but President Donald Trump followed through on campaign promises and pulled the U.S. out of the Pacific Rim trade pact as one of the first things he did after taking office in January 2017.

For a while it seemed as if the trade pact – then going under the shorter acronym of TPP – might fold without the U.S., but that did not happen. In July Japan ratified its place in the now 11-member free trade agreement and the U.S. Wheat Associates was quick to react, asking the Trump administration to reconsider the U.S. exit.

“Sources within the Japanese milling industry estimate this disadvantage would force them to start looking at alternatives to U.S. wheat and cut average total imports of western white, dark northern spring (DNS) and hard red winter (HRW) wheat by more than half — from about 3.1 million metric tons per year to 1.35 (million tons) per year or less,” USW and the National Association of Wheat Growers said after Japan ratified the CPTPP. “If nothing changes before the effective tariff schedule is fully implemented, U.S. wheat farmers and the U.S. grain trade will essentially be writing a $500 million check every year to Australian and Canadian farmers.”

That’s why groups like the USW and NAWG were pleased when Trump and Japanese Prime Minister Shinzo Abe agreed in September to hold trade talks. It was a major announcement, but there’s no guarantee the Japanese will agree to cut wheat tariffs for the U.S. just as it had promised in TPP. There’s also no telling how long the negotiations will take once they actually start.

The CPTPP will cut the tariffs that Japanese flour millers pay for Australian and Canadian wheat in half. Gradually those tariffs will drop from the equivalent of $85 per metric ton, about a 47 percent reduction from $150 per ton.

The reduction won’t come all at once, but then again Japanese millers might not wait until the decreases in rates are complete before they start reformulating their flour – a complicated and involved process – to take advantage of cheaper wheat in Australia and Canada.

The CPTPP is scheduled to go into force on Dec. 30 now that six of the 11 members have ratified the pact (Japan, Mexico, New Zealand, Singapore, Canada and Australia). On that day, Japan’s tariffs on Canadian and Australian wheat will drop by about 10 percent and then drop by a similar amount in following years.

USW spokesman Steve Mercer said Japanese millers who are now steady customers of U.S. wheat have stressed that they do not want to have to reformulate and will hold out as long as possible as tariffs begin to fall on Australian and Canadian wheat. 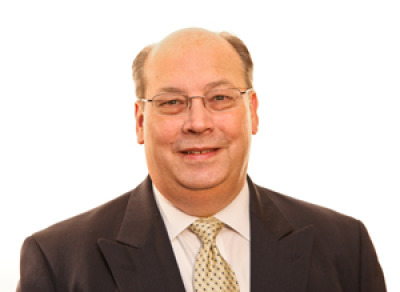 “While U.S. wheat farmers have excellent and longstanding relationships with Japanese millers, the higher tariffs on U.S. wheat would force them to purchase significantly more Canadian and Australian wheat within a few years of the new agreement’s implementation,” USW said in a recent statement. “That is a result no U.S. wheat grower can afford, and we are hopeful that the administration will address this problem as an early achievement in the negotiations.”

It’s unclear how long the Japanese millers will be willing to hold off switching to new sellers, but Mercer said it probably would not be longer than two years.

But USW and NAWG members who gathered for a joint meeting in Tampa, Fla., last week decided they did not want to take any chances if at all possible. The boards of both groups passed resolutions that “would welcome equal treatment for U.S. wheat farmers compared to Canada and Australia … during ongoing trade negotiations with Japan."

Peterson stressed that “the gradual change in effective tariffs under the new Trans-Pacific Partnership agreement hanging over trade talks between the U.S. and Japan could create a very negative negotiating environment. The position our boards of directors have proposed will be shared as a way to maintain business as usual while the negotiations take place."