State officials and university weed scientists are combing through EPA documents to get a handle on the agency’s new requirements for application of dicamba during next year’s growing season.

“There are a lot of states just trying to digest this,” said Andrew Thostenson, a pesticide program specialist for the North Dakota State University Extension Service, speaking of EPA’s Halloween-night decision to re-register dicamba products through Dec. 20, 2020.

EPA released its registration decision along with a new label for Xtendimax, Bayer’s dicamba herbicide. BASF’s Engenia label has similar requirements and EPA expects to post the label for Corteva Agriscience’s FeXapan soon. When EPA released its decision last week, it did not refer to separate products by name but simply said it was issuing a new label for dicamba herbicides used on soybean and cotton genetically engineered to be dicamba-resistant.

Among the new requirements: Applications cannot be made 45 days after soybean planting or before plants begin to bloom (known as the R1 stage), and no more than 60 days after planting cotton. The prohibition on not using the herbicide between sunset and sunrise has been expanded so that now, “applications of this product may ONLY occur one hour after sunrise through two hours before sunset,” according to the new label.

There is a straight prohibition on applying during temperature inversions, when the products are more prone to drift off-target. In addition, EPA has added a 57-foot omnidirectional in-field buffer to the current 110-foot downwind buffer to protect endangered plants.

The agency’s original announcement only mentioned “endangered species” when referring to the buffer, but EPA’s registration decision, released after the announcement, says that new information “supported the need for an additional in-field 57 foot omnidirectional buffer in areas where listed dicot plant species are present” to support the agency’s previous determination that use of dicamba would not harm endangered species.

In addition, the label advises applicators to be aware that dicamba is more likely to volatilize in acidic environments. “Factors such as the pH of the soil where dicamba is being applied, the pH of water used as a tank mix, as well as the pH of other herbicides or additives used with (over-the-top) applications of dicamba can increase the likelihood that dicamba will volatilize and possibly cause off-target damage,” EPA said in its registration decision. 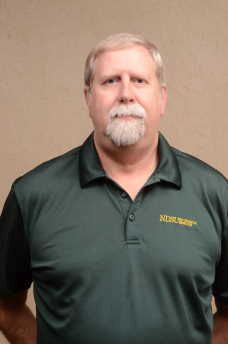 Thostenson said he is confident that the new restrictions will result in fewer drift complaints in 2019, but he’s not sure by how much. Kevin Bradley, a University of Missouri weed scientist who has worked extensively on dicamba, said he thought there were just as many problems in Missouri with off-target movement of dicamba this year as last, despite lower numbers reported to the Missouri Department of Agriculture. And in Illinois, University of Illinois weed scientist Aaron Hager said the number of dicamba damage complaints this year was about the same as last year.

In 2017, university weed scientists estimated that dicamba damaged approximately 3.6 million acres of soybeans. In mid-July of this year, University of Missouri weed scientist Kevin Bradley, who had compiled the estimates for 2017, put the number at 1.1 million acres, based on reports from his fellow weed scientists. Bradley stopped compiling the report in July, however.

States will be deciding in the next few months whether to add additional restrictions, including cutoff dates for dicamba applications, which were in place this year in Arkansas, Minnesota, Missouri, North Dakota and Tennessee.

Indiana is one state that will be looking at adding restrictions on top of the federal label, said Dave Scott, pesticide program manager in the Office of the Indiana State Chemist.

“Time is short for us to make a decision,” said Scott, who has been charged with assembling a group of stakeholders to develop proposed limits or conditions. He said growers were almost certainly more aware that the volatile products have to be applied carefully, but he doesn’t know how much difference that awareness made.

“We were disappointed that our number of complaints did not go down.”

States that wish to add their own conditions to the dicamba registration may run into some problems from EPA, however. Thostenson said the agency has raised the possibility that 24(c), the relevant section of the Federal Insecticide, Fungicide and Rodenticide Act, may only allow states to authorize more uses for pesticides, not fewer.

Guidance on the agency’s website clearly states, however, that “under certain circumstances states may impose more restrictive measures” than are on the federal label, and EPA said in response to a query about the matter, “EPA recognizes and supports the important authority FIFRA section 24(c) gives the states for issuing locally appropriate regulations for pesticide use. If a state wishes to modify the over-the-top labels for dicamba in order to better meet their circumstances, the agency will work with them to support their goals.”

Thostenson also noted that EPA is requiring more data from the registrants, such as field studies on off-target movement; studies to investigate temperature effects on volatility of dicamba; ecological effects data on non-target plants, and a study evaluating the effect of pH on secondary movement of dicamba.