Protecting pollinators is critical to the health of U.S. agriculture, yet some beekeepers are leery of registering their honey bee hives to provide the kinds of awareness needed by crop protection chemical applicators who may be working in nearby fields. However, new programs - some voluntary and some mandatory - are emerging to better ensure pollinators are located and protected.

Managed honey bees contribute nearly $20 billion to the value of U.S. crop production in the form of increased yields and quality, according to the American Beekeeping Federation (ABF). “A healthy beekeeping industry is invaluable to a healthy U.S. agricultural economy,” ABF states. “Many of the country's crops would not exist without the honey bee at bloom time.”

About two-thirds of the country’s estimated 2.7 million bee colonies travel to pollinate crops. The California almond industry, which depends entirely on honey bee pollination during bloom, requires approximately 1 million to 1.2 million bees be brought into the state to adequately pollinate nearly 1 million acres of almond orchards. Blueberries and cherries are 90 percent dependent on honey bee pollination.

Keeping traveling bees and other bees safe and away from harmful pesticides can be a challenge because their whereabouts are not always known. When a big rig pulls into a nearby field or a crop duster takes off to spray, nearby hives that are not registered are in grave danger because the grower who hired the applicator may not be aware of the commercial pollinators within the drift zone.

While there are no federal regulations requiring beekeepers to register their hives, many states require registration of bee colonies. But because the regulations are mostly unenforceable, many keepers fail to comply. For instance, a rule within North Carolina’s pesticide law protects beekeepers who register their hives with the state at a cost of $10 per apiary per year, notes Jason Williams, pesticide operation specialist with the North Carolina Department of Agriculture and Consumer Services’ Structural Pest Control and Pesticides Division.

The pesticide division strives to minimize accidental bee exposure to pesticides by requiring whoever hires an aerial applicator to notify registered hives within a one-mile radius when doing an aerial application of a pesticide deemed detrimental to bees no less than 48 hours and no more than 10 days prior to spraying. If this is not done, the grower who hired the applicator is held responsible for any harm to the registered hive. The regulation has been in effect since Jan. 1, 1985, but two years ago, notification requirements went further to protect bees by increasing the former 0.5-mile radius to 1 mile and increasing the notification time from no less than 24 hours to no less than 48 hours.

Researchers discover 'antidote' for bees exposed to pesticides
EPA reasserts glyphosate safe to use, probably not carcinogenic
Study: Neonicotinoids can have lasting impacts on native bees, but questions remain about methodology

Arroyo says regulations have been in place in California for years that require both in-state and out-of-state keepers who move bees into the state to register their hives and notify the state when they move their bees. But compliance has been limited. Arroyo and others hope the threat of penalties will improve compliance and a new online collaborative effort that integrates crop management tools used by pest control advisers (PCA) and licensed applicators with a California bee registry called Bee Where will make it easier for everyone to comply. 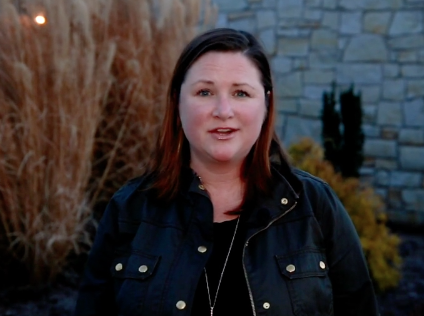 North Carolina, as well as 18 other states and the Canadian province of Saskatchewan, offers beekeepers and pesticide applicators the option of communicating with each other through a voluntary platform started by FieldWatch, a 10-year-old company originally launched by Purdue University. Beginning in January 2019, California and Maryland will join the program.

“There is no other voluntary program that covers multiple states, but some states have very successful statewide programs,” says Stephanie Regagnon, CEO of FieldWatch. “Our main engine will be used as part of California’s bigger pollinator protection program and connected to California’s bee registry.”

Currently, a total of 87,364 hives are registered on Field Watch’s BeeCheck, and 76,310 of those hives are in the United States. Iowa has the largest number of registered hives with 14,812, followed by North Carolina with 12,661. “We have really seen an uptick in usership, and we continue to see an uptick in applicator users,” Regagnon notes.

FieldWatch consists of three voluntary registries: DriftWatch, a registry for all specialty crops, which also can be highly sensitive to pesticides, regardless of whether they are pollinated by bees; BeeCheck, the apiary registry; and Crop Check, a pilot program registry for row crops started in Arkansas in 2018 that could expand to four additional states in 2019.

Pesticide applicators and growers can access these registries through FieldWatch to locate all nearby specialty crops and bee hives to determine whether notification of nearby hives and specialty growers is warranted. “The good news is the applicator goes to one spot to check everything,” Regagnon says. “Applicators can go to fieldwatch.com to check the registries or use the mobile phone app Field Check and input the address or use the location finder tool, or they can use another software platform that streams the data.” FieldWatch partners with various companies to offer about 15 streaming platforms, including John Deere’s AgLogic.

Whether voluntary or mandatory, protecting bees is critical to agriculture and health. “One-third of pretty much every bite we eat is pollinated by bees,” Regagnon notes. “And many crops are pollinated by commercially managed honey bees.”