Growers in California and several other states are fighting to retain use of chlorpyrifos, a broad-spectrum insecticide environmentalists and farmworker advocates have sought to ban for years, citing neurotoxic effects.

In August, chlorpyrifos opponents were successful, when a Ninth Circuit Court of Appeals panel ruled 2-1 the U.S. Environmental Protection Agency must revoke all food tolerances for the product by Oct. 8, 2018.

That ruling has not gone into effect, however, because EPA, supported by chlorpyrifos manufacturer Corteva Agriscience (formerly Dow AgroSciences) and numerous farm groups, asked the court to reconsider its decision. Parties have submitted briefs on on that request, meaning the Ninth Circuit could rule any day on the fate of the insecticide nationally.

“For some crops and target pests, chlorpyrifos is the only line of defense, with no viable alternatives,” Agriculture Secretary Sonny Perdue said when EPA asked the appeals court to rehear the case. Losing the use of chlorpyrifos “endangers agricultural industries and is expected to have wide economic impacts.” 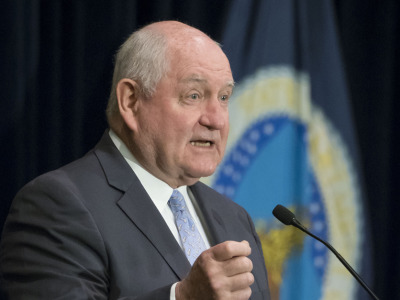 Chlorpyrifos, sold under the trade names Dursban and Lorsban, among others, is used on more than 50 crops, including some for which there are no reliable chemical substitutes, according to farm groups: alfalfa, almonds, apples, citrus, cotton, cranberries, peaches,  peanuts, peas, sorghum soybeans, and strawberries, to name a few.

In California, groups representing cotton ginners and growers have called it “one of the only active ingredients that have efficacy and plant canopy penetration to manage late season cotton aphid.” In addition, the California Cotton Ginners and Growers Association said “the revocation of tolerances and cancellations of registrations would be a death sentence for the California cotton industry.”

Citrus growers also are worried. The California Citrus Quality Council says that the loss of chlorpyrifos “will leave citrus growers without a good alternative.” A 2016 analysis by Dow AgroSciences said chlorpyrifos is the main active ingredient used to control a host of insect pests, including peach tree borer and lesser peach tree borer in peaches and nectarines, and codling moth and walnut husk fly in walnuts.

“The economic sustainability of California agriculture is reliant on the use of chlorpyrifos,” said the Western Integrated Pest Management Center, one of four such centers created by USDA.

Those comments, and those of other grower groups, were cited in in a brief filed with the Ninth Circuit following its order to revoke tolerances. But NRDC, this time joined not just by the Pesticide Action Network but by the League of United Latin American Citizens and farmworker groups, argued that the court could not consider economic impacts. The issue, they said, is one of health – particularly harm to children’s brains from prenatal exposure.

The court fight started in 2014, seven years after NRDC and PAN had petitioned to revoke tolerances and cancel registrations for chlorpyrifos. In August 2015, the Ninth Circuit ordered EPA to issue a final response to the petition by the end of October, resulting in EPA’s November 2015 proposal to revoke all tolerances for chlorpyrifos because it could not “determine that aggregate exposure to residues of chlorpyrifos, including all anticipated dietary exposures and all other non-occupational exposures for which there is reliable information, are safe.”

That proposal was never finalized. Instead, in March 2017, newly confirmed EPA Administrator Scott Pruitt delayed a final decision on the petition, allowing registrations to remain in place for chlorpyrifos until it comes up for re-registration in 2022. NRDC, PAN and other groups went back to the Ninth Circuit to ask the court to reaffirm its earlier order, which the court did last August.

Chlorpyrifos restrictions could be in store in California
In a Biden administration, navigable waters rule is likely target 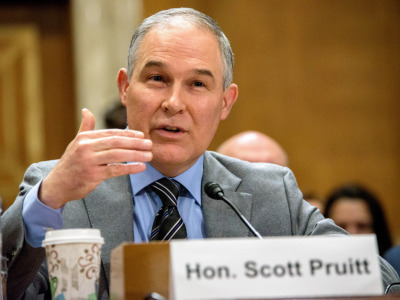 Chlorpyrifos also is a target of state regulators. California has proposed designating it is a toxic air contaminant (TAC), which could lead to further restrictions on its use.

“Collectively, it appears that high doses/exposures of chlorpyrifos are associated with various types of neurodegeneration,” the California Department of Pesticide Regulation concluded in its July 2018 TAC evaluation.

In California, the state’s Department of Pesticide Regulation has recommended interim measures to county ag commissioners to reduce exposures, until DPR makes it final decision sometime in 2019. Those measures include a ban on aerial applications, and a halt to chlorpyrifos use on most crops. “Critical uses” would still be allowed for crops for which alternatives are lacking, such as control of weevils in alfalfa, aphids in asparagus, and ants in citrus.

Other measures include a quarter-mile buffer zone during any applications and for 24 hours afterwards, as well as a 150-foot setback from houses, businesses, schools and other sensitive sites.

DPR said it will consider possible mitigation measures after making its final designation, by consulting with other state and local agencies including the Office of Environmental Health Hazard Assessment and the California Air Resources Board.

California ag groups say that DPR is going too far. California Citrus Mutual, for example, said it believes the state’s risk assessment “relies on modeling with unrealistic exposure scenarios, such as a child directly downwind of an application every day for 21 days.”

“The modeling approach used created an overly conservative assessment that is not consistent with extensive air monitoring that has been conducted,” said Casey Creamer, CCM’s Executive Vice President.

Groups fighting to ban the organophosphate were initially pleased with the state’s proposal. “We’re glad that the state has finally accepted the overwhelming consensus of federal and independent scientists who’ve studied chlorpyrifos for years and determined that it harms kids’ brains severely and irreversibly,” said Mark Weller, co-director of the statewide coalition Californians for Pesticide Reform (CPR).

But after the interim measures were announced, CPR and other environmental groups said the state had not gone far enough.

“The only way to protect our children from this toxic chemical is to ban it—and this does not come close to doing that,” said Allison Johnson, Sustainable Food Policy Advocate at the Natural Resources Defense Council. “These measures are temporary and will not eliminate much of the chlorpyrifos used on food grown in California communities and eaten by families across the country.”