With a new farm bill enacted and trade wars ongoing, the eyes of U.S. agriculture will shift to the Senate Finance Committee, where farm groups will have a critical ally at the top in new Chairman Chuck Grassley and several more in the panel’s new membership.

The committee has jurisdiction over trade and tax policy as well as federal health care spending, and Grassley says he’ll make sure that agriculture issues get addressed in ongoing trade negotiations, starting with a meeting scheduled Wednesday with the European Union Trade Commissioner, Cecilia Malmström.

Grassley’s decision to give up the Judiciary Committee chairmanship to take over Finance was the most important shift in Senate committee leadership after Republicans solidified control of the chamber in the 2018 midterm elections.

Also important to agriculture, the Finance committee has three new Republican members from major farm states: Steve Daines of Montana, James Lankford of Oklahoma and Todd Young of Indiana. Daines, who gave up his seat on Agriculture, and Lankford are both keeping seats on Appropriations as well, making them the first senators to serve simultaneously on those panels since 1944.

Grassley will stress to Malmström on Wednesday that the European Union must include agriculture issues, including EU barriers to biotechnology, in the negotiations with the United States. To emphasize the importance of the biotech issue, Grassley told reporters that he will do what he has done in the past and eat some genetically engineered corn and soybeans in front of Malmström.

“I’ll tell her I’ve been doing this for 25 years, and that I’m kind of a laboratory for the European community to know these are a safe product, and they should be allowing them into their country,” Grassley said.

Other priorities for the committee under his chairmanship will include approving the new U.S.-Mexico-Canada trade agreement (USMCA), reviving the lapsed $1-a-gallon tax credit for biodiesel and protecting rural health care spending. Grassley also said he wants to see the Trump administration finish trade deals with the EU and Japan.

Grassley also intends to defend the Tax Cuts and Jobs Act of 2017, which reduced taxes on farmers and other small businesses to keep them in line with the reduction in corporate tax rates.

As for Daines, his trade priorities on Finance will include "re-engaging with" the Trans-Pacific Partnership, the multinational trade deal that President Donald Trump pulled the United States out of after taking office. "U.S. farmers and ranchers will face a competitive disadvantage in important markets like Japan as the revised TPP without the U.S. continues to advance," according to a statement by Daines' office.

Lindsey Graham, R-S.C., is replacing Grassley as chairman of Judiciary, which will have three new Republican members, Joni Ernst of Iowa and two newly elected senators, Josh Hawley of Missouri and Marsha Blackburn of Tennessee. 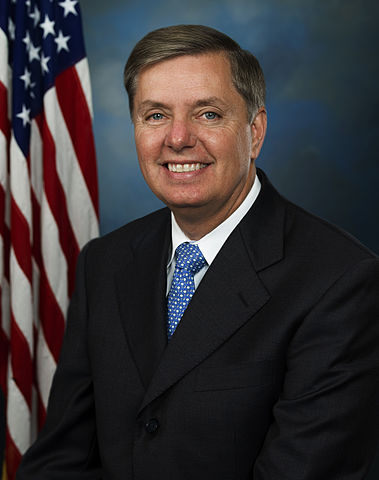 Graham was one of the bipartisan Gang of Eight who negotiated the immigration reform plan in 2013 that included an overhaul of the H-2A visa program for farmworkers, but more recently he has been a forceful defender of President Donald Trump's hard-line immigration policy. Much of the committee's focus will be on filling as many vacancies in the federal judiciary as possible before the 2020 presidential election.

In another leadership shift, the Commerce, Science and Transportation committee, which has oversight over broadband and wireless policy as well as highway and rail transportation, will have a new chairman in Roger Wicker, R-Miss. He replaces John Thune, R-S.D., who has moved up to the No. 2 GOP leadership position as majority whip. Maria Cantwell, D-Wash., will be the new ranking Democrat on the committee, replacing Bill Nelson of Florida, who was defeated in November.

In a move that could have significant implications for energy policy, coal industry ally Joe Manchin III, D-W.Va., will replace Cantwell as the ranking member of the Energy and Natural Resources Committee.

The Agriculture Committee will have two new members, Republicans Mike Braun of Indiana and Democrat Richard Durbin of Illinois. Because the GOP increased its Senate majority, the committee’s Democratic membership was cut from 10 to nine; there will still be 11 GOP members. Two former Democratic members lost re-election bids in November.

Durbin is the best known in agriculture circles for his dogged attempts to cut crop insurance spending and to create a single food-safety system.

When asked by Agri-Pulse recently why he got on Ag, Durbin didn’t mention crop insurance or food safety but instead mentioned climate change, an issue Agriculture Chairman Pat Roberts, R-Kan., has said the committee will address in some format in this Congress. Durbin will continue to serve as the Democratic whip, his party's No. 2 position.

Roberts announced last Friday that he won’t seek re-election in 2020, so he will be freer to pursue personal policy priorities and to continue challenging Trump on trade policy.

Former committee Democrat Heidi Heitkamp, D-N.D., lost in December to Republican Kevin Cramer, who has been assigned a seat on the Environment and Public Works Committee, which oversees EPA, including the Renewable Fuel Standard, and shares jurisdiction over infrastructure policy. He also will have seats on the Armed Services, Banking, Budget and Veterans’ Affairs committees.

In addition to the Judiciary seat, Hawley also will be a member of Armed Services, Homeland Security and Government Affairs, Judiciary, Small Business and Aging.