Two days before Americans sat down for Thanksgiving dinner, the Food and Drug Administration delivered a stunning warning to consumers and supermarkets: Do not eat romaine lettuce, and immediately throw out any lettuce that's in refrigerators or on store shelves.

Stephen Ostroff, who was just a few weeks from retirement from his position as FDA’s deputy commissioner for foods and veterinary medicine, has no regrets about the decision to deliver the alert. He’s convinced it prevented numerous additional illnesses from the deadly strain of E. coli bacteria while also showcasing the need for traceability in high-risk food products.

That outbreak, coupled with others in leafy greens, also has highlighted the need for safety standards for agricultural water, according to Ostroff. As the result of strong pushback from farms, water standards and testing requirements developed by the Obama administration under the Food Safety Modernization Act are currently on hold while the agency further studies the issue.

When the alert was issued on Nov. 20, investigators believed the contaminated lettuce probably originated in California, but they didn’t know for sure, and there was no way for consumers to tell where the lettuce they purchased had been grown.

“If you want to prevent illness, you have to do something,” Ostroff said, defending the decision in an interview on the sidelines of the International Daily Foods Association’s annual meeting in Orlando this week.

The bacteria strain at issue, E. coli O157: H7, which was originally associated primarily with ground beef, can cause kidney failure and is especially dangerous to children and the elderly.

“There is no question that that action prevented people from getting sick,” Ostroff said. “If we hadn’t done that, contaminated product was likely out there on store shelves and in people’s homes. We would have had far more illnesses than we ended up having in this outbreak.”

More than 60 people, ranging in age from 1 to 84, were sickened during the outbreak. 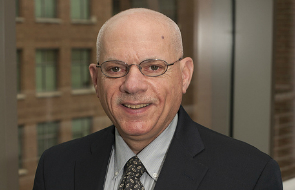 The action also caught the attention of industry. Within a week of the alert, FDA announced that romaine growers had agreed to voluntarily label their lettuce with the harvest date and harvest location. Growers from other regions, including Florida and North Carolina, were appealing to FDA to narrow the recall, convinced they couldn’t be at fault.

The idea behind the rudimentary labeling plan was that it would provide consumers and retailers a way to tell whether the product they bought could be at risk.

Meanwhile, leafy greens producers agreed to form a task force to develop a long-term labeling plan for all leafy greens. The task force includes retailers and academics as well as producers.

Some growers are already focused on traceability. Members of the California Leafy Greens Marketing Agreement, for example, have mandatory traceback protocols which are audited five times per year. However, that doesn’t mean that leafy greens – which are sold to consumers through multiple distribution networks– are always tracked all the way to the consumer.

There is no question following that outbreak that the leafy greens industry understands it has “a significant problem and that it’s in everybody’s best intent to be as absolutely creative as possible to address it,” Ostroff said.

One way or the other, producers will have to give retailers and consumers a way to trace the origin of leafy greens and other foods considered to be a relatively high risk for contamination, said Ostroff.

Time for a regional approach to deal with bird flu outbreaks?
A USDA call for government unity on agriculture
Chipotle agrees to $25M fine to settle federal charges over outbreaks

The law requires it: FSMA included provisions requiring FDA to mandate traceability for high-risk products but left it to the agency to decide how that traceability would work and what foods it would apply to. FDA has yet to implement that section of the law and it’s certain to be contentious, starting with the definition of what foods are “high risk,” Ostroff said.

Retailers also are increasingly demanding traceability. Ostroff’s replacement at FDA, Frank Yiannas, came to FDA from Walmart, where he was the vice president for food safety and an outspoken advocate of traceability and the use of blockchain technology to track the origin and movement of products.

“I don’t think Walmart is going to be the only company that’s going to start insisting that if you want to sell to us you’re going to have to do (traceability). I wouldn’t underestimate the power of the markets to put standards in place that are going to be the de facto regulatory standard,” he said.

After the Centers for Disease Control and Prevention declared the outbreak to be over on Jan. 9, the California-based Leafy Greens Marketing Agreement, an organization that sets voluntary safety practices for growers, said its members were "committed to protecting consumers and is collaborating to examine and update farming practices to make leafy greens safer.“

That outbreak as well as an earlier one linked to romaine lettuce produced in Yuma, Ariz., suggests FDA needs to tighten the regulations on irrigation water requirements that were included in the original produce safety rule that FDA issued under FSMA. The compliance date has been put off to 2022 to give the agency time to revise the requirements.

Both the produce safety rule as well as voluntary standards the industry has been following set limits for the presence of generic E. coli bacteria rather than the specific strains that are deadly. As it turns out, said Ostroff, water that meets the standard for generic E. coli may still harbor enough microbes from the deadly O157 strain to be dangerous.

Farmers may have to start going beyond testing their water to treating it to kill pathogens, said Ostroff. “At some point you have to do out-of-the-box thinking to ensure that the problem isn’t going to continue down the road that it’s been on the last year or two,” he said.

The outbreaks also are putting a focus on the need for other aspects of the produce safety rule. A parasite known as cyclospora was found in domestically grown produce for the first time last year and was linked to two large outbreaks, one involving Del Monte veggie trays and the other a salad mix sold by McDonald’s.

Food becomes contaminated with cyclospora through handling by workers who have the parasite, so contamination could be prevented through proper sanitation programs, a requirement of the produce safety rule.

Inspections of farms for compliance with all but the water requirements in the produce safety rule are due to start this spring.

Ostroff, a former top official at the CDC, joined FDA in 2013 as chief medical officer in the Center for Food Safety and Applied Nutrition and senior public health adviser to FDA's Office of Foods and Veterinary Medicine. He was named the deputy commissioner in 2016 and later served two stints as acting commissioner.

"From the food safety perspective we didn’t really miss a beat,” said Ostroff. “I never really had very much pushback at all from the administration around moving forward with what we were doing with FSMA implementation."