US dairy left out as Japan embarks on new trade deals

Japan, a nation dependent on imports to feed its people, is cutting tariffs and forging stronger ties around the globe to further open up its markets, but not yet with the U.S., which has American dairy farmers concerned.

Japanese Prime Minister Shinzo Abe was in a celebratory mood last week when he took the stage in Davos at the World Economic Forum, and it was largely due to two massive new-free trade agreements. Neither of those deals include the U.S.

Japan and the European Union will kick off a new free-trade agreement on Friday. That comes just a month after Japan and 10 other Pacific Rim countries initiated a separate trade pact, the Comprehensive and Progressive Agreement for Trans-Pacific Partnership (CPTPP).

Japan is the fourth largest foreign market for U.S. dairy, buying roughly $300 million of cheese, whey, lactose and skim milk powder per year, but the EU and countries like Australia and New Zealand — CPTPP members — are already preparing to see their market shares climb while pushing out U.S. sales.

“The entire world should benefit from these two mega-deals,” Abe said on stage in Davos, but Tom Vilsack, president and CEO of the U.S. Dairy Export Council, tells Agri-Pulse that American dairy farmers and processors will feel nothing but the pain of lost business.

“These agreements will give our competition a significant economic advantage that will enable them to increase their market share in Japan, costing the U.S. dairy industry billions of dollars in lost sales,” Vilsack said in an interview with Agri-Pulse.

The Trump administration has signaled that it’s serious about negotiating its own free-trade agreement with Japan, but it’s been about two years since the U.S. pulled out of the Trans-Pacific Partnership (TPP), and the U.S. dairy sector is bracing for the possibility of losing out on hundreds of millions of dollars’ worth of sales in the coming years.

The USDEC, in an effort to demonstrate just how badly the industry needs a pact with Japan to put U.S. exporters on even footing with their international counterparts, released a grim 105-page analysis today. U.S. dairy exports will drop by $90 million — roughly 19 percent — over the next five years.

But that drop in exports only tells a small part of the story, and leaves out the lost opportunity for massive increases in exports to Japan over the coming years if the U.S. does not secure a new free-trade agreement, says Vilsack.

“Japan’s population is decreasing, but their consumption of dairy products — cheese in particular — is increasing at a fairly significant rate,” Vilsack said. “And at the same time that consumption is increasing, the Japanese cheese-making businesses are decreasing their production. The bottom line is you’re going to see over the next 10 years a fairly dramatic increase in the need for dairy products … and over a doubling in consumption.”

USTR focuses on new bilateral trade deals with Japan and others
Japan to slash ag tariffs, implement new quotas under US trade deal

But it will be countries like Australia and New Zealand, who will start seeing Japanese tariffs fall away thanks to the CPTPP deal, that fill that demand if the U.S. does not get a trade pact of its own with Japan.

If that happens — and U.S. Trade Representative Robert Lighthizer has made it clear that a Japan trade deal is a priority — then the U.S. could see its dairy exports to the Land of the Rising Sun more than double, according to the analysis.

“That assumes we’re on a level playing field with everybody else,” Vilsack said, “but the problem is we are not. Because of these agreements, we’re at a significant disadvantage.” 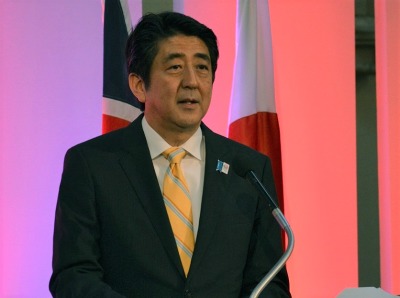 But the U.S. dairy farmers — like beef producers and grain farmers — are also pushing Lighthizer to get even better terms from Japan than CPTPP members. That may be difficult, because Abe has already warned the U.S. against asking for too much.

In a statement released in September after finally relenting to U.S. demands to consider a bilateral trade pact, Abe suggested Japan's CPTPP allies would be angered if the U.S. got better terms.

“For Japan, with regard to agricultural, forestry, and fishery products, outcomes related to market access as reflected in Japan’s previous economic partnership agreements constitute the maximum level,” Abe said.

But that hasn’t stopped USDEC and other American farm groups from pushing hard.

“It’s really incumbent on the administration to be aggressive in the negotiations with Japan to make sure that when it’s all said and done, our playing field is at least level, if not tilted toward the U.S.,” Vilsack said.