The urban side of soil and water conservation is becoming a major player at the National Association of Conservation Districts' annual conventions.

In fact, urban agriculture’s expanding profile among America’s 3,000 conservation districts was clear when the NACD gathered in San Antonio this week, where a panel of urban conservation experts and local project managers spoke Tuesday, followed by a symposium on partnering in urban conservation projects on Wednesday morning.

“Conservation districts have been working the urban landscape for years,” says Debra Bogar, a longtime Colorado conservation specialist and NACD senior adviser for urban conservation. In recent years, she says, the increased attention to citified conservation owes a lot to the growth in urban farming itself, which makes more intensive use of land and creates opportunities for conservation action. 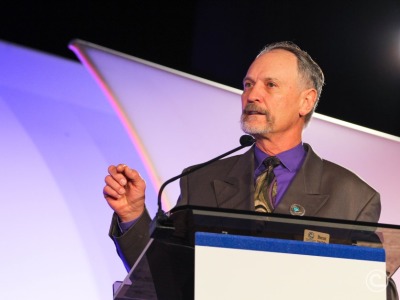 The grants initiative, done jointly with USDA's Natural Resources Conservation Service, has awarded 81 grants of up to $50,000 each, totaling $4 million since 2016. NACD says the 20 grants announced this week are to “help urban farmers, community gardens, schools and other community partnerships implement conservation practices to support local food production and (provide) opportunities for education and stewardship.”

For example, one grant, to Winkelman Natural Resource Conservation District in Oracle, Ariz., will help fund hoop houses and a native plant nursery. The district will collect food waste to fuel a vermicomposting project and use the compost for the Oracle Community Learning Garden. Landscape management and irrigation demonstrations are also part of the project.

Prince George’s County, Maryland's Soil Conservation District, located on the eastern flank of Washington, D.C., won one of the 2017 urban conservation grants. District Executive Director Steven Darcey said the grant was used “to hire a retired district conservationist as a grant planner.” Adding the position meant building new partnerships with many local entities, university extension, NRCS and others, expanding his district’s ability to “branch out into the community and to work with urban ag producers,” Darcey added.

Bogar said while the new grants are focused on agriculture, conservation districts are also providing assistance in other areas, such as stormwater management, urban forestry, and green infrastructure (restoring open space for wetlands and forests, for example). NRCS has an array of ways to assist urban agriculture.

Ron Rohall, chairman of the Westmoreland (County, Pennsylvania) Conservation District's board of directors, and an NACD urban conservation planner, says fighting invasive species is taking up more of urban conservationists’ time as well. The increased floods and other severe weather damage in urban areas also demand more assistance, he said, which means the districts are working with USDA’s Emergency Watershed Program and the Federal Emergency Management Agency to restore streams and protect against future disasters.