In recognition of the historic importance of the 1969 White House Conference on Nutrition, the Friedman School of Nutrition at Tufts and the Harvard School of Public Health announced a major nutrition policy event that will look back at the progress and also try to chart a plan for the future. The event will be held in Boston on October 3rd and 4th.

President Nixon announced the White House Conference on May 6, 1969, appointed Dr. Mayer on June 11, and addressed nearly 5,000 people at the opening general session on December 2, 1969.  Inspired in part by the CBS documentary “Hunger in America” and establishment of the US Senate, Select Committee on Nutrition and Human Needs, Chaired by Senator George McGovern, President Nixon’s comments were often quoted by Senator McGovern (even while McGovern challenged President Nixon for President in 1972.)

From Remarks of the President:

Malnourishment is a national concern because we are a nation that cares about its people, how they feel, how they live. First of all, there is a moral imperative: Our national conscience requires it.  We must because we can. We have an agricultural abundance that ranks as a miracle of the modern world.  This Nation cannot long continue to live with its conscience if millions of its own people are unable to get an adequate diet.

Even in purely practical terms there are compelling considerations requiring this challenge to be met.

A child ill-fed is dulled in curiosity, lower in stamina, distracted from learning.  A worker ill-fed is less productive, more often absent from work.  The mounting cost of medical care for diet related illnesses; remedial education required to overcome diet related slowness in school; industrialization and loss of full productive potential; all of these places a heave economic burden on a society as a whole. 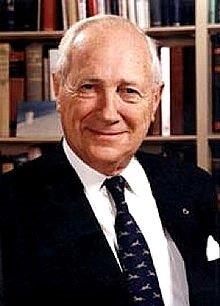 The Nixon White House Conference sparked crucial progress in U.S. food and nutrition policy focused on hunger, changing the national landscape and conversation. Key accomplishments include major reform and expansions of the Food Stamp Program (SNAP); expansion of the School Lunch and Breakfast Programs; authorization of the Supplemental Feeding Program for Women Infants and Children (WIC); and nutrition labeling and ingredient labeling.  Most of the various bills implementing these changes were introduced by Senators George McGovern (D-SD) and Senator Bob Dole (R-KS). Senator Hubert Humphrey (D-MN) was the leader on WIC but with almost unanimous bipartisan support.

As pointed out in the press release announcing the 2019 Conference, our food system and the associated challenges have changed dramatically in the past 50 years. Major issues include obesity and other diet-related chronic diseases, rising healthcare costs, continuing food insecurity and growing disparities, and challenges to sustainability.

To honor the 50th Anniversary of the White House Conference and, importantly, to look ahead at the current challenges and potential solutions, the Friedman School of Nutrition Science & Policy and the Nutrition Department at the Harvard T.H. Chan School of Public Health are partnering for an anniversary symposium.  Their joint efforts and this symposium continue Dr. Mayer’s legacy of combining intellectual rigor in nutrition science and public health with action and translation to policy.

Through a series of panel discussions and keynote speakers, the 50th Anniversary symposium will:

It is interesting to point out that in announcing the 1969 Conference, President Nixon emphasized the important role of private sector involvement. He said: “I shall shortly announce a White House Conference on food and nutrition, involving executives from the Nation’s leading food processing and food distribution companies and trade unions. I shall ask these men to advise me on how the private food market might be used to improve the nutritional status of all Americans, and how the Government food programs could be improved. I shall also call on these men to work with the advertising industry and the Advertising Council to develop and educational advertising and packaging campaign to publicize the importance of good food habits.”  (Note: this was before Sally Donner and other women broke the glass ceiling in the food industry.)

The full press release and contact information can be found at: