Cotton growers have been patient with President Donald Trump’s trade war with China, by far their most important customer. After all, they’ve had their own frustrations with China over the years. But cotton growers say that patience is running short as planting season nears.

Cotton growers prepare for the new season by hedging a sizable portion of their expected crop using the December futures price, which farmers expect to rise when China lifts its 25-percent retaliatory tariff on U.S. cotton.

Because of the demise of the American textile industry, more than 80 percent of U.S.-grown cotton is now sold for export, and China, which uses one-third of the cotton produced worldwide, had until the trade war been the No. 2 destination behind only Vietnam.

With a resolution to the trade dispute still elusive the December futures price for cotton is hovering around 72 cents a pound. Last May, as much of the 2018 crop was going into the ground, the December price averaged about 82 cents. The price averaged nearly 89 cents in June.

Farmers in Brazil have ramped up cotton production as they increase exports to China to replace U.S. shipments, but U.S. cotton acreage is still expected to expand this year as farmers reduce their plantings of soybeans, a commodity hit even harder by China’s tariffs.

“If he wants to be re-elected, he’s got to get that fixed,” Jimmy Webb, who grows cotton, peanuts and corn in southwest Georgia, near Albany, said about Trump’s trade dispute with China. “At first people had a pretty good attitude about it as farmers.”

Ahead of the tariffs being imposed in June, economic prospects were brightening for cotton. China, which has been reducing its once-massive reserves, has been increasing its exports. Cotton growers scored a major policy victory in February 2018 when Congress made seed cotton eligible for the Price Loss Coverage and Agriculture Risk Coverage programs. And to tide growers over until they receive PLC and ARC benefits, USDA provided $216 million in one-time ginning cost-share payments in fiscal 2018.

But then came the Chinese tariff, imposed in retaliation for Trump’s tariffs on Chinese exports, and Hurricane Michael, which devastated cotton crops in southern Georgia, the No. 2 producer. China, which bought 45 percent of its imports from the United States for the 2016 and 2017 marketing years, is now buying only 12 percent from the U.S. Brazil’s share of Chinese imports shot from 5 percent to 21 percent, while Australia’s has gone from 21 percent to 40 percent. 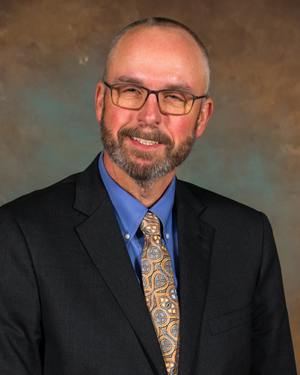 “We were in a wonderful spot ... going into the midsummer. We were perfect. We were as good as we’re going to get. Then we had the tariff situation started,” said Shawn Holladay, who farms in west Texas near Lamesa,

For Webb, the Georgia grower, Michael was a double whammy. He was expecting his yields to average 1,300 pounds per acre, 200 pounds above his average. But he had only harvested one-one-third of his crop when Michael hit, and salvaged yields of under 600 pounds an acre from the rest.

This year, farmers expect to plant 14.45 million acres of cotton, a 3 percent increase over 2018, an expansion driven in large part by a planned shift from soybeans in the Mid-South, according to the National Cotton Council’s annual survey of growers’ planting intentions. The results of the survey, which was conducted in December, were released at the council’s annual meeting last weekend in San Antonio, Texas.

“With the tariff issue still in effect it’s moving towards a very large planting of the ’19 crop with an expected expansion in acreage,” said Holladay.

USDA economists, by comparison, are projecting cotton acreage to remain flat this year at just over 14 million.

Cotton acreage could be reduced if the trade war is resolved before planting, because it might induce farmers to maintain their soybean acreage.

The cotton industry is looking for exports to rebound this year, although there is ongoing uncertainty about how much China will buy, due to the tariffs. 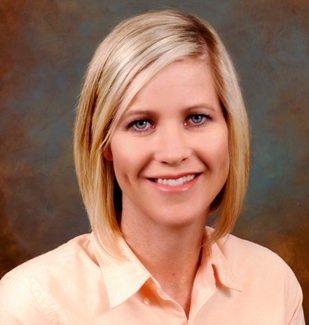 Growers hope to win most of the China market back once the tariffs are lifted. China bought 45 percent of its imported cotton from the United States in 2017, but that share could permanently slip to 30 percent or 35 percent because of increased competition from Brazil, according to an official with a major trading company that buys both U.S. and Brazilian cotton

Brazil is “going to be a long-term fixture in the Chinese import business,” said the official, speaking on condition of anonymity. He said that Brazilian cotton is similar in both price and quality to U.S. cotton.

Thanks to their growing overseas market, Brazilian farmers are expected to export 7.3 million bales during the 2019 marketing year, which starts in August, nearly triple what the shipped for 2016.

The Trump administration’s Market Facilitation Program has softened the pain of the retaliatory tariffs. Cotton growers were made eligible for payments of six cents a pound on their 2018 production. A 2018 disaster aid package also is in the works for farmers such as Webb, although the funding was left out of a fiscal 2018 spending agreement reached this week.

For now, it’s the uncertainty in the markets that’s weighing on growers as they prepare to plant this spring, said Holladay, who was re-elected as chairman of the American Cotton Producers, the growers’ arm of the NCC.

“Short term, still being engaged in this tariff issue is closing our pricing window for next year’s crop, because typically what we would have liked to have seen, and what we should have seen, was a price increase in February or March,” he said.