President Trump announced new hires Tuesday to his 2020 re-election team, including USDA Communications Director Tim Murtaugh, who will have the same title with the Trump campaign. Murtaugh, who has been in his current position under Secretary of Agriculture Sonny Perdue since February 2017, previously worked as an aide to former Rep. Lou Barletta, R-Pa., who was one of the first members of Congress to support Trump’s presidential bid.

Vice President Mike Pence announced that former White House legislative affairs director Marc Short will return to the administration as his chief of staff. Short left the Trump administration last July to begin a new career at Guidepost Strategies consulting firm and to lecture at the University of Virginia’s business school. Prior to taking the job as legislative affairs director Short served as Pence’s senior aide on his 2016 campaign and was chief of staff when Pence served in the House.

Sworn in by Administrator Mark Green, Bonnie Glick (shown above) has become USAID's new deputy administrator. Glick recently served as deputy secretary of the Maryland Department of Aging, where she was appointed by Gov. Larry Hogan. Glick began her career as a Foreign Service Officer in the Department of State, where she served at the United Nations during Operation Desert Shield. Glick served on the staff of the department's Operations Center, followed by two years as a senior officer in the White House Situation Room, and then in the State Department's Bureau of Western Hemisphere Affairs. She also served as a senior vice president at Meridian International Center and was an IBM account executive in the global business services division and business development executive in IBM's research division.

The National Farmers Union has brought on Jenny Hopkinson as the organization's senior government relations representative. Hopkinson previously served as an agricultural policy analyst at the Congressional Research Service. Before that, she was an ag journalist at POLITICO. NFU also promoted Matt Perdue to the role of government relations director. 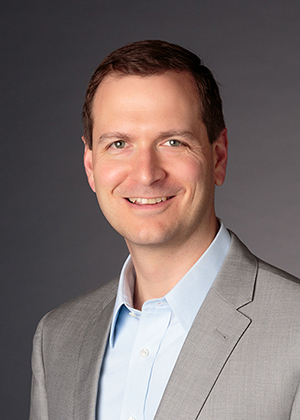 Darigold tapped Grant Kadavy to step in as chief operating officer. Kadavy began his career with Darigold in 2016 as the company’s chief commercial officer. Kadavy will now oversee strategic development, innovation, supply chain and all day-to-day commercial operations for Darigold. He has 15 years' experience with Cargill, last serving as president of Cargill America.

Kate LaTour has left Sen. Tammy Baldwin’s, D-Wis., office to take a new position with the National Cooperative Business Association CLUSA International as their government relations manager. LaTour was formerly a legislative aide; Baldwin’s office has not yet announced her replacement.

Former U.S. Ambassador to the Kingdom of Cambodia, Deputy Assistant Secretary of State, and current president of the World Food Prize, Kenneth Quinn, will be recognized by the Aegis Trust of Great Britain, as the recipient of the Steven Krulis Champion of Humanity Distinguished Service Award. The award recognizes those who work to confront and prevent genocide while also promoting the values of humanity. Quinn is known as the first person to report in 1974 the genocidal policies of Pol Pot and Khmer Rouge, the worst genocidal, mass-murdering, terrorist organization of the second half of the 20th century. He continued to speak out and help provide services to Cambodians and then raised the alarm two years ago before the start of the genocide starting in Cambodia. He then worked to develop an ingenious way to eradicate the perpetrators of the mass murder. Quinn becomes the second individual to receive the award behind L Gen Romeo Dallaire of Canada in 2002.

Foster Farms has a new CEO: Dan Huber. He joined the company in 1996, where he rose to the position of COO. Huber held sales and management positions at Oscar Mayer and Kraft Foods before joining Foster Farms. He replaces Laura Flanagan, who resigned from the CEO position.

Defenders of Wildlife named Thu Pham to serve as chief of staff. Pham has been secretary to the board of directors, where she manages the day-to-day operations of the president’s office and helps advance the president’s agenda and priorities.

The U.S. Wheat Associates (USW) board of directors elected new officers to serve for the 2019-20 fiscal year. Doug Goyings will serve as chairman, Darren Padget will serve as vice chairman, and Rhonda Larson will serve as secretary and treasurer. Goyings’ family has been growing wheat in northwestern Ohio since 1884 and he has over 35 years representing the wheat industry and Ohio agriculture. Goyings served as director for the Ohio Small Grains Checkoff Board since 2009 and is a past chairman of the USW Long-Range Planning Committee. He replaces outgoing chairman Chris Kolstad. Padget is a fourth-generation wheat farmer in Oregon’s Sherman County. He previously held positions on the Oregon Wheat Growers League board of directors and executive committee for seven years, and served as president in 2010. He also chaired the Research and Technology Committee for the National Association of Wheat Growers (NAWG) and served as an officer for 10 years for the Mid-Columbia Producers board of directors. Engaged in their family’s wheat and sugar beet operation for over 30 years, Larson has been a board member of the Minnesota Wheat Research & Promotion Council for 16 years and served as chair from 2010 to 2012. As a USW director, she served on the Long-Range Planning Committee and the Budget Committee.

The Center for Rural Strategies & the Rural Assembly welcomed Mary Sketch as the new program associate. Sketch received a bachelor's in environmental studies from Brown University and has worked on community-scale forest restoration in California and rangeland conservation in Oregon. 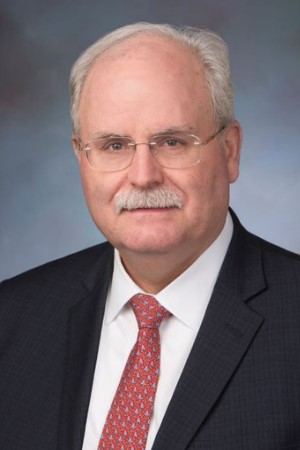 Tom Sleight, President and CEO of the U.S. Grains Council

The U.S. Grains Council (USGC) recently announced the retirement of president and CEO, Tom Sleight, at the council’s meeting in Cartagena, Colombia. Beginning his career in 1983, Sleight served on the council for a total of 25 years. He began by serving overseas in Eastern Europe and the Soviet Union in program implementation, then came back to D.C. to direct regional market development programs for European, Middle Eastern, and Asian markets. He left in 1999 to head up the Virginia Department of Agriculture and Consumer Services’ marketing division and later the New York Farm Viability Institute. He returned to USGC in 2010 to serve as vice president and two years later was appointed as president and CEO. Sleight will stay on in his position until USGC announces a successor.

World War II veteran and a strong advocate of the rice industry, Frank Godchaux, passed away at the age of 92. Beginning his career in the rice industry by joining the family business, he eventually became president of Louisiana State Rice Milling Company. Godchaux saw the company through many business mergers and buyouts. When Louisiana State Rice Milling Company merged with River Brand Rice Mill to form Riviana Foods. Godchaux became chairman of the board. In 1976 Colgate-Palmolive Company acquired Riviana Foods and Godchaux was made vice president at Colgate. Then in 1986 Frank negotiated the buyback of Riviana Foods from Colgate and once again became chairman of the board until the company was sold in 2004 to Ebro Puleva. He then partnered with Elton Kennedy to start Planters Rice Mill, and was active on many boards and committees, serving as a member of the USDA National Rice Advisory Committee and as chair of the Rice Council.

FMC Industry Affairs Manager Mike Harper passed away unexpectedly at the age of 62 on Feb. 12. Harper spent 39 years with FMC, most of that time as a sales territory representative in Missouri. He studied agriculture economics at Purdue University and was a big advocate for the FFA association. Locally, he was actively involved in the MO-Ag Industries Council board and the Certified Crop Advisors State Board of Missouri.