The roles of plant-based foods and carbohydrates in a healthy diet will be among the items on the agenda for the Dietary Guidelines Advisory Committee as the group crafts recommendations for the 2020-2025 version of the guidelines.

Ag Secretary Sonny Perdue and Health and Human Services Secretary Alex Azar named 20 members to the DGAC last week, an increase of six from the 2015-2020 panel. That set of guidelines, after some sustainability-related drama during the committee process, was ultimately a report that largely followed previous versions: Americans should eat a balanced diet including fruits, vegetables, grains, fat-free or low-fat dairy, oils, and a variety of proteins — including seafood, lean meats and poultry, eggs, legumes, and nuts, and seed and soy products.

They should limit saturated fats and trans fats, added sugars, and sodium, that report said.

This time around, the role of carbs is likely to be a hot topic, as advocates for low-carb and/or high-fat diets have increased in recent years. One example is a keto (short for ketogenic) diet, “a low-carbohydrate, fat-rich eating plan used for centuries to treat specific medical conditions,” according to the Harvard School of Public Health. “In the 19th century, the ketogenic diet was commonly used to help control diabetes.”

The DGAC also will be specifically looking at “dietary guidance for infants, toddlers and women who are pregnant," according to a list of topics and scientific questions that will be examined by the committee.

Perdue told reporters this week he and Azar were looking for balance on the committee.

“I think we’ve got a great panel,” Perdue said. “I don’t know them. Having read their resumes and their publication bibliographies, it looks like a very accomplished group of people.” 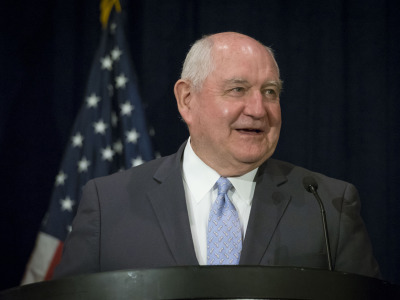 “You’ve got geographical balance, academic balance, professional balance, peer-reviewed publishing balance,” he added. “We think the consumer ought to choose, really, how they eat, but you ought to have professionals on either end of the spectrum, both from the plant-based and the meat-based side of the equation making recommendations … that would stand the test of time.”

Animal agriculture groups mostly reacted positively to the makeup of the committee. “Cattle producers applaud (USDA’s) commitment to ensuring the 2020 Dietary Guidelines for Americans process is firmly grounded in the best available science and will ultimately result in nutritional policy that can measurably improve the health of Americans,” NCBA President Jennifer Houston said. Two members of the DGAC were recommended by NCBA (see below).

Neither USDA nor HHS revealed who nominated who, though some groups were willing to publicize their nominations. A 2017 National Academy of Sciences report said the process of choosing members for the advisory committee should be more transparent.

Robert Russell, professor emeritus of medicine and nutrition at Tufts University and chairman of the NAS committee that produced the 2017 report, said he was “a little disappointed that they didn’t post a provisional committee with calls for public comment,” but understood the process to develop the 2020-2025 guidelines was already underway when NAS released its report.

“They did two things,” Russell said. “They got public comments on topics they were suggesting and made a public call for nominations.”

A couple of nutrition groups said they would be examining DGAC members’ backgrounds for signs of conflicts of interest.

Margo Wootan, Vice President for Nutrition at the Center for Science in the Public Interest, said CSPI would be looking into DGAC members' research funding to determine where conflicts of interest may lie.

“We’re still trying to figure out what we think,” she said. “What’s more interesting than who nominated who is the financial relationships with the big food companies that have goals around food, not health.”

She offered some pointed remarks about DGAC member Ronald Kleinman, Physician-in-Chief at Mass. General Hospital for Children and a pediatrics professor at Harvard Medical School, saying he received funding from infant formula manufacturers while writing papers skeptical of the benefits of breastfeeding.

A story by Women’s eNews in December noted in 2017, the Journal of the Medical Association said it should have reported on funding Kleinman received from infant formula maker Mead Johnson when JAMA published a paper by Kleinman and two other authors seen as critical of a hospital initiative promoting breastfeeding.

Mass. General strongly defended Kleinman, saying he has always been a supporter of breastfeeding.

Nina Teicholz, executive director of the Nutrition Coalition and author of The Big Fat Surprise, said “many of the newly appointed members look like researchers who will simply rubber-stamp the status quo” and expressed particular concern about the appointment of Joan Sabaté, a professor of nutrition and epidemiology at Loma Linda University School of Public Health in California, where he directs the Center for Nutrition. 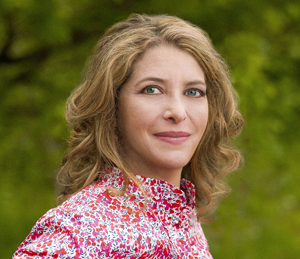 “That is a religious university for Seventh-Day Adventists, who hold, as part of their religious dictums, the belief in vegetarianism,” Teicholz said. “It seems unwise to mix religion with science in this way for the creation of our nationwide dietary policy.”

Sabaté, a Seventh-Day Adventist himself, did not respond to questions about whether his beliefs might pose a conflict. Sabaté was the principal investigator of a nutrition intervention trial in 1993 that directly linked the consumption of walnuts to significant reductions in serum cholesterol, according to his faculty profile.

Teicholz said none of the coalition’s nominees made it onto the committee. "Our principal hope was to have a member on the committee who is an expert in evidence-based policy," she said, citing the NAS report's criticism of the scientific process used to develop the 2015-2020 guidelines.

Atkins Nutritionals, which advocates for a low-carb diet, got one person on the panel. "To date, there are more than 100 independent peer-review clinical studies that support controlling carbohydrates that should be a part of the exploratory process," Colette Heimowitz, Atkins Nutritional’s vice president of Nutrition Communication & Education, said. "The one-size-fits-all approach used in the past has failed a large segment of the population."

Below is a list of some groups and nominees of theirs who are on the DGAC, which is expected to hold its first meeting in the next few weeks.