The House of Representatives is awash with new lawmakers. They’ve only been on the job for a few months, but could present a formidable obstacle for the Trump administration as it pushes for approval of the U.S.-Mexico-Canada Agreement.

While both Democrats and Republicans have concerns with the massive trade pact that would replace the North American Free Trade Agreement, the White House has much more sway over hesitant GOP members, and the Trump administration is expected to give Republicans enough cover to say “aye” despite any reservations.

That’s not the case with the Democrats, and the 2018 elections ushered in roughly twice as many new Democrats as Republicans into the House, which is where USMCA will have to pass first before moving to a likely more receptive Senate. That’s why a key block of voters the Trump administration will have to sell USMCA on is freshman Democrats, still overwhelmed by the enormity of new responsibilities that now include passage of a pact regulating virtually all trade in North America.

It’s not going to be an easy sell. Although many of the freshmen are from ag states that depend on a free-trade agreement (FTA) with Mexico and Canada to keep tariffs at zero for most farm commodities, they say they won’t be a rubber stamp and are demanding to have their concerns heard as they learn more about USMCA. 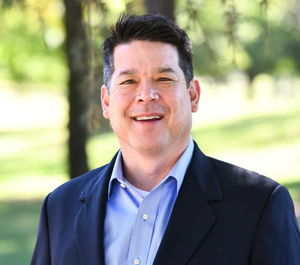 “First and foremost, it is critical that we have trade agreements that provide long-term stability to America’s farmers and ranchers and allow us to access new markets overseas,” freshman Rep. TJ Cox, D-Calif., told Agri-Pulse Monday. “It is important that we strive to address the legitimate concerns on labor and environmental protections abroad, and I urge the U.S. Trade Representative to hold discussions with the newly elected House freshmen so that we can raise these concerns directly with him.”

Cox, who represents one of the lushest agricultural districts in California, is getting his wish. U.S. Trade Representative Robert Lighthizer is addressing House Democrats Wednesday morning, and it’s expected to be a full room as the ambassador pitches the benefits of USMCA, House Ways and Means Chairman Richard Neal told Agri-Pulse.

“It should be pretty freewheeling,” Neal said about the meeting and stressed that he expects Lighthizer to both educate lawmakers and address their many concerns.

Rep. Rashida Tlaib, D-Mich., told Agri-Pulse she still has a lot to learn about the massive USMCA — and all of its chapters and side letters that set the guidelines for all of the trade in North America — but stressed she already has priorities.

“For myself, someone who’s been here for three months, the worker rights drew my attention,” she said. “We actually have a list going of things that we’re looking at in the new NAFTA.”

For Tlaib and other freshman Democrats, like Virginia’s Elaine Luria, the concern is that enforcement provisions are just not strong enough to make sure that USMCA’s promise to push up autoworkers’ wages in all three countries and give Mexican union members access to collective bargaining.

“I’m learning and evaluating,” Luria said. “I honestly don’t know enough about all of the specifics of it yet. I’m definitely very concerned about the labor provisions and fair trade. … I’ve been talking to other members to better understand the implications of all of it.”

One of the veteran lawmakers on Capitol Hill that freshmen and others have been turning to in recent months is longtime trade and labor maven Rosa DeLauro, who chairs the House Appropriations subcommittee on labor, health, human services and education. 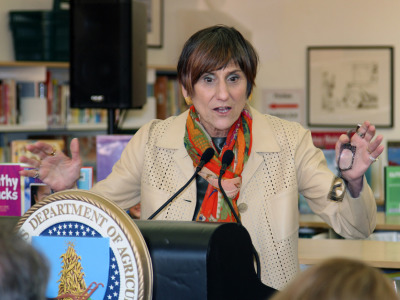 DeLauro said she’s happy to be educating her colleagues and stressed that she’s been conveying her concerns about USMCA problems with Lighthizer for months. Of particular concern to her and a growing number of House Democrats is a provision under which Mexico and Canada agree to extend their patents for biologic pharmaceutical drugs to 10 years. That’s a five-year increase for Mexico and a two-year increase for Canada.

The cumulative effect, according to Association for Accessible Medicines and DeLauro, will be more expensive prescription drugs for all Americans.

“Expanding the definition of biologics to get more exclusivity on patents will drive drug costs up,” she said. “And our laws can’t change any of this if USMCA is implemented.”

It’s also an issue for Rep. Jesús García, D-Ill., who says he's concerned Lighthizer will say significant changes can’t be made to USMCA without changes to the core text of the agreement and forcing new negotiations between all three countries.

Rep. Neal declined to weigh in on that, saying, "That’s what the meeting (with Lighthizer) will be for Wednesday morning.”

But Lighthizer won’t have the final say, and the ambassador will be forced to take Democrats’ concerns seriously, DeLauro said. When asked if there were enough Democrats to force the White House to make changes, she answered: “Yes! Of course. Members get this. They understand. And the public gets this and they’re going to be asking what (Democrats) are doing about this.”

There are other pressures on lawmakers too, especially those in big farming states like Illinois and Iowa. Farm groups have come out in force recently, pressing lawmakers to support and vote for USMCA.

The needs of farmers, García said, are always important in any decision.

“My top priority has always been building a climate that creates jobs and raises wages for working families in eastern Iowa,” Rep. Abby Finkenauer, D-Iowa, told Agri-Pulse. “We do that best by growing our entire economy and lifting all families and advocating for our family farms at the same time. When our agriculture sector is doing well, so is our manufacturing, and vice versa.”